David Isaly argues that, while Hezbollah’s officially admitted involvement in the Yemen war may be less substantial than their role in Syria or Iraq, their assistance to the Houthis is not negligible. 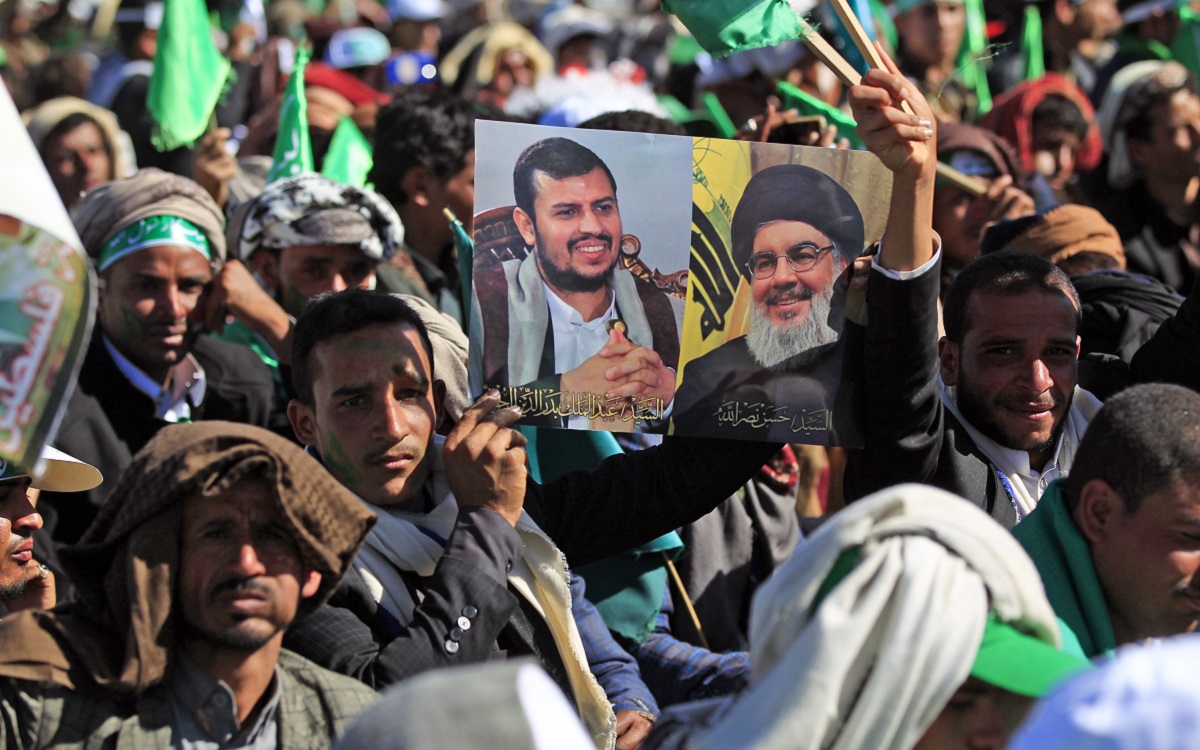 Since the beginning of the current war in Yemen in 2014, many have wondered to what degree Iran and its main ally, Hezbollah, have influenced events on the ground. By now, Iranian support for Ansar Allah and its allies, commonly referred to as the Houthis, is quite clear, as analysts have visually confirmed the presence of Iranian weapons. However, the dynamics of this relationship are still relatively murky.

The Arab coalition, which supports the government of Abdrabbuh Mansur Hadi and is led by Saudi Arabia, has continually claimed that Lebanon’s Hezbollah has played a critical role in the conflict. This relationship between The Party of God and the Houthis has signifcantly contributed to the Gulf states’ recent posture of hostility towards Lebanon.

A recap of the last year of fighting

In February of last year, the Houthis began a large-scale offensive towards the city of Marib, the coalition-backed government’s last stronghold in the north of the country and one of Yemen’s main oil-producing regions. However, this offensive did not bear fruit until September, when the Houthis managed to cut the N17 highway, which links Marib to Ataq and served as Marib’s main supply line.

In the following months, the Houthis slowly pushed up the highway towards Marib, eventually reaching the mountainous ridge just south of the city in November. They also began pushing south into Shabwah, threatening to cut Aden off from Hadhramout, Yemen’s eastern regions.

These gains compelled the United Arab Emirates, which drew down its presence in Yemen in 2019, to redeploy its proxies to these critical fronts, and they have seemingly managed to curb the Houthis’ advance. However, the UAE’s re-engagement caused the Houthis to launch recent drone and missile attacks that targeted the Gulf country.

The coalition has intensified its air campaign in response to the Houthis’ gains throughout Yemen, but it has been largely ineffective and only brought more pain and suffering to the people living in Houthi-controlled areas. Indeed, on January 21, a coalition airstrike hit a detention center, killing at least 70 people and injuring over 100.

Throughout this recent period of fighting, the coalition has continually criticized Iran and Hezbollah’s role in assisting the Houthis.

Hilal Khashan, a professor of political studies and public administration at the American University of Beirut, emphasized that Hezbollah does not have any direct strategic interest in Yemen and that the group is deployed there purely on Iranian orders.

He explained that Iran wants to achieve as much as it can in Yemen before any sort of agreement in Vienna is reached. Thus, it provided the Houthis with increased material support in their recent offensives.

He went on to point out that the talks in Vienna between the United States and Iran revolve around far more than just Iran’s nuclear program. The US wants to see Iran curb its activities across the region, and this would include decreasing (or even ending) its support for the Houthis.

Additionally, Khashan stressed that Hezbollah’s role in Yemen is far less essential than in Syria or Iraq, where the Lebanese group has been a crucial player in training and organizing Iranian-backed forces.

To his point, the Houthis developed independently, unlike Hezbollah, and did not require the same degree of training and logistical support that pro-government forces in Syria did, for instance. However, he says Hezbollah did play a vital role in assisting the Houthis in their missile and drone technology, as the group did not possess these capabilities before they took over most of northern Yemen in 2014.

Regarding the coalition’s air campaign, Khashan reiterated that Saudi airstrikes have been largely ineffective, as the Biden administration stopped providing the coalition with intelligence for offensive operations.

However, the distinction between offensive and defensive is vague. Though the campaign has greatly intensified in recent months, Houthi gains were only reversed when the Emirati-backed Giant’s Brigade redeployed from the Red Sea coast to Shabweh in order to prevent a collapse of the governorate’s defenses and force the Houthis out of Marib.

Information is a crucial element in any conflict, especially in Yemen, as both sides seek to influence international opinion and strengthen their legitimacy. In recent months, the Arab coalition released two videos, one purporting to prove Hezbollah’s involvement in the conflict, and the other (which has been removed in the meantime) allegedly showing Hezbollah-provided ballistic missiles at the Houthi-controlled port of al-Hudaydah.

Regarding the first piece of evidence, the spokesman for the Arab coalition showcased a short video that appears to feature a Hezbollah military leader speaking with Abu Ali al-Hakim, who the coalition claims is a high-ranking member of the Houthis and a conduit of Iranian influence.

The video is too low quality to definitively confirm either men’s identity, and its authenticity has been questioned by Hezbollah supporters on social media, claiming that the Hezbollah leader depicted in the video is faking a Lebanese accent.

The second video is a short clip that shows some ballistic missiles that the coalition claimed were present in the port of al-Hudaydah. However, observers quickly pointed out that the short clip was actually from a 2003 American documentary titled Severe Clear. Supporters of Hezbollah quickly used this fake video as evidence of the coalition’s lies regarding Hezbollah’s activity in Yemen.

However, Hassan Nasrallah, Hezbollah’s leader, actually admitted that the group was active in Yemen and had suffered casualties in the conflict in 2019. The coalition does not need to showcase fake videos when the group has already admitted to being there. All this does is provide ammunition to Hezbollah’s supporters, who can now claim that all of the coalition’s evidence is fake and that Hezbollah is not engaged in the conflict, when it very clearly is.

The Arab coalition’s recent evidence for Hezbollah’s involvement in Yemen is admittedly weak, but that does not change that it is well-known that the group is active in the war. Though not to the degree that it has played in Iraq and Syria, Hezbollah plays a substantial role by assisting the Houthis in its use of drones and ballistic missiles.

Iran has undoubtedly assisted the Houthis in their recent gains, but one must wonder if this support will last if an agreement with the US is reached in Vienna.

In such an agreement, Hezbollah may be expected to withdraw from the conflict, which could partially alleviate tension with the Gulf states.