Writer David Isaly reflects on the recent killing of Osama Bin Laden’s successor, Ayman al-Zawahiri, by the US in Afghanistan, and what, if anything, it means to Americans and to current shifting geopolitics. 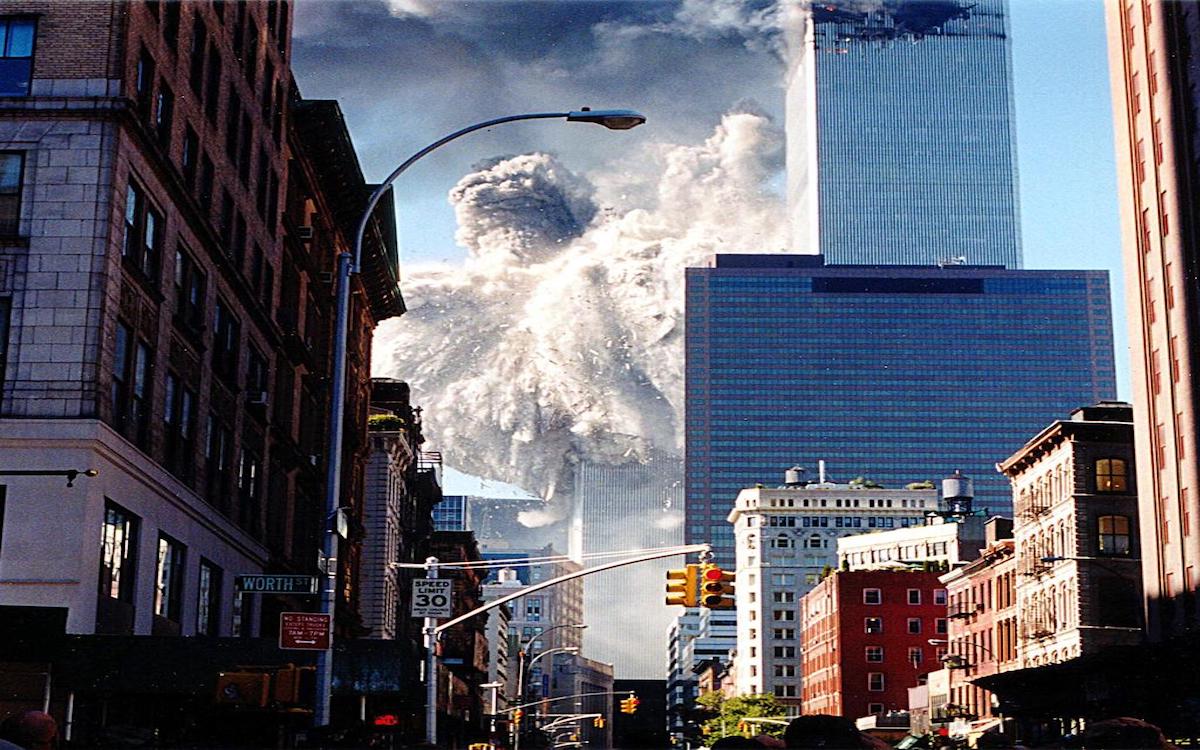 The first tower had just fallen, and all I wanted to do was watch Barney.

As my mother screamed at me for changing the channel away from the news, I was confused about what the big deal was.

She sat crying on the couch, glued to the TV. After living through 30 years of car bombs and assassinations in Northern Ireland, chaos had come again, but this time to New York City, her new home.

For me, it was just a regular day, as I was simply too young to fully grasp what was going on.

We periodically looked out the window to see the plumes of smoke and dust rise above lower Manhattan, and I remember thinking to myself: that is a bit odd, isn’t it?

As the years went by following September 11th, I cannot remember anything particularly noteworthy.

I went to school, ate lunch, played sports, and came home each day.

My parents, who were both news junkies, had CNN or Fox News on every night, and the escalating horrors of the Iraq War played in the background as I did my homework each evening.

I remember sitting in my grandmother’s living room in Northern Ireland, watching US tanks roll through the streets of Baghdad as she shook her head in disapproval.

“The Americans will only make things worse,” she said.

Then, when I was a teenager, the Arab Spring broke out across North Africa and the Middle East, and again, I had little understanding of what was happening.

Following the overthrow of Libya’s longtime ruler, Muammar Gaddafi, my mother, who had always been skeptical of the US’s intentions in the Middle East, told me “David, don’t trust the Americans, they lie.”

The war on terror

My understanding of 9/11 is similar to many young Americans my age.

Though we were too young to fully remember or comprehend what happened on that fateful day, there is an implicit understanding that our lives, and the lives of many others, significantly changed from then on.

The unity that Americans witnessed immediately after 9/11 could have been a beautiful moment of solidarity in a country that has long been divided by racial and economic faultlines.

Unfortunately, however, this said unity only led to death and destruction abroad and polarization and hatred at home.

The Bush administration began two devastating wars, using public outcry as a pretext to plunder and destroy Iraq and Afghanistan.

It is often overlooked just how popular these wars were when they first began.

Americans wanted retribution for what they saw as an existential turning point in both the country’s historical trajectory and global geopolitics.

The result of this almost ubiquitous thirst for payback has been 20 years of blood and, somewhat ironically, the proliferation of the very same extremism the US had initially sought to stomp out.

Since invading Iraq and Afghanistan to eliminate Al-Qaeda, Islamic extremism has metastasized across the globe.

Though the trend began as early as the 1970s, the War on Terror only served to accelerate Islamic extremism’s appeal.

Could Al-Qaeda have ever been able to create better propaganda for its cause than images of US soldiers killing and abusing innocent civilians in Iraq and Afghanistan?

The US public, though often short-sighted, largely understood this, leading to a backlash that is still underway.

It certainly did not help that the pretext for the Iraq War was based on the Bush administration’s fabrications regarding weapons of mass destruction, which simply did not exist.

Anti-establishment politicians, like Donald Trump, managed to weaponize this sentiment, referring to “forever wars,” in their campaigns.

Even Joe Biden, who is far from being anti-establishment, tried to utilize this sentiment for political gains, but it ultimately did not work out in his favor.

After 2o years of the US fighting non-state militant groups across Africa and Asia, the end of the war in Afghanistan and the beginning of the war in Ukraine represent useful snapshots of the trajectory of contemporary international relations.

Great power competition is in, and Western unipolarity is out.

And young Americans, who are primarily left-leaning, are facing a crisis that has already taken its toll on the country’s political landscape.

It really cannot be understated how much the Iraq war damaged the US’s credibility, not only with the international community, but also with its own citizens.

Young Americans, like myself, simply cannot shake the catastrophic crimes we watched unfold in Iraq and Afghanistan.

Much like the haphazard withdrawal from Afghanistan last year, the news cycle will quickly move on, and the relevance of Al-Qaeda’s central leadership will continue to fade.

Young Americans are truly uncertain of what the US’s position in the world should be. The bipartisan belief in liberal internationalism is largely dead, and to many, it seems like the US empire is receding.

I still cannot shake what my mother told me following Gaddafi’s demise: “Don’t trust the Americans, they lie.”

Following the lies of the Iraq war, this wisdom made sense to me at the time, but now I am no longer sure.

Does that mean I should trust the Russian, Chinese, or Iranian governments instead?

Or are they just as bad, if not worse, than the Americans?

The Americans removed a brutal dictator who killed thousands of Iraqis, does that justify the corrupt sectarian system that took his place?

Recent polling has shown that young Americans simply don’t know who is worth supporting. Their own country is guilty of many atrocities, but it’s not like there are better options.

This somewhat pessimistic sentiment is not unique to American youth either. Here in Lebanon, where young people spearheaded protests against the ruling establishment during the 2019 October Revolution, an air of dejection, hopelessness, and apathy has taken hold

The August 4th Beirut Blast, similar to 9/11 in many ways, makes for a good comparison, as after two years of stalling and political bickering, no justice or definite resolution has been achieved, even as the destroyed silos collapsed, retraumatizing the people of Beirut.

So, al-Zawahiri is dead, now what?

There seemed to have been a real feeling of success when Bin Laden was killed in 2011, as if the long war that had started in 2001 had finally paid off.

Now, it doesn’t seem to matter.

The world has changed, Al-Qaeda has fractured into a number of outfits across the Middle East and Africa, and global politics will likely be defined by competition between rival world powers.

Who knew 20 years ago that the war on terror would end in such a whimper.