A summer of illusions

Lebanon’s economy is set to ride a high tide this summer, thanks to an influx in tourists. But at what risks for the health sector, and for which future? 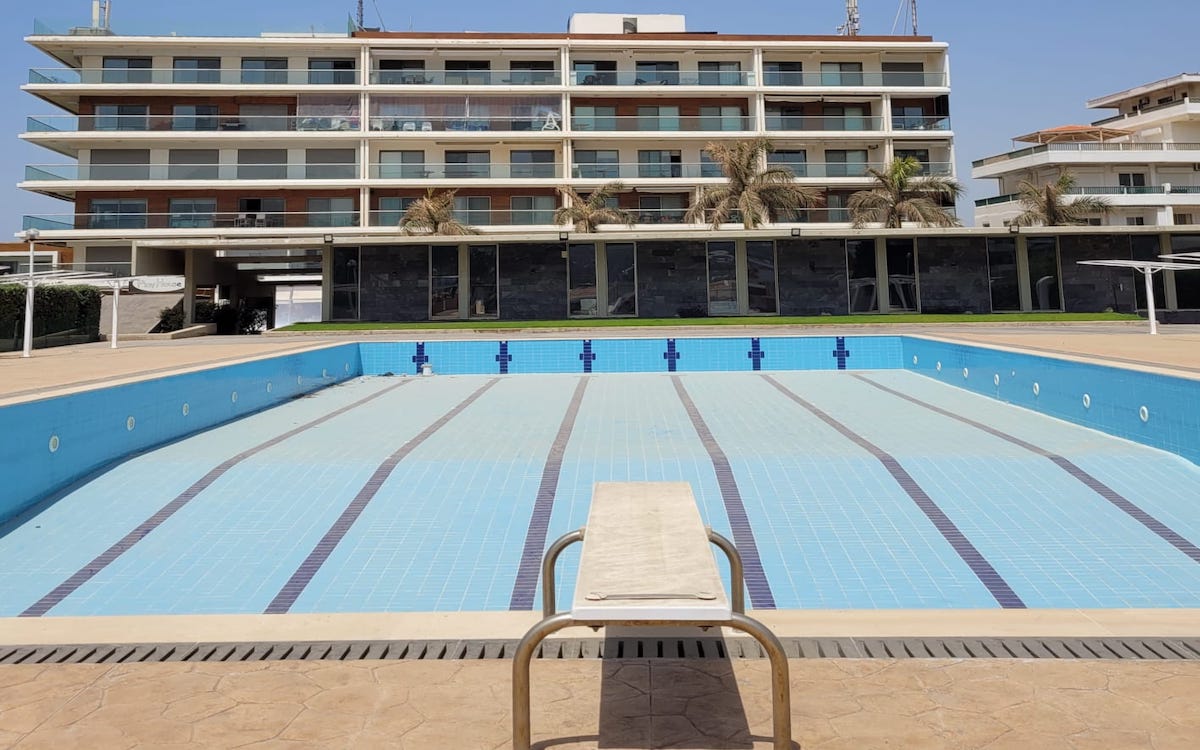 Lebanon's government is hoping for a booming season of tourism this summer even as the global pandemic continues to loom above. Photo: Philippe Pernot, NOW

Summer is Lebanon’s new gold rush. 3 billion dollars: this is the staggering amount that tourists could spend between June and September, the caretaker minister of tourism, Walid Nassar announced. From the sunny shore of Jbeil to the lush mountains of the Chouf, all hands are on deck to welcome the 1.2 million expected guests like the Savior.

“Tourism is seen as Lebanon’s last lifeline before the full collapse of the economy,,” said Pascale Asmar, an independent political researcher. Hopes are high for an influx of fresh dollars, as the country faces one of the worst economic and social crises in the world since 1850. The green bills are more precious than ever in a highly dependent economy, especially after the Lira’s drop by 90 percent since 2019. “It could definitely strengthen the Lira and make her rise again for a while,” Asmar said.

There is also the perspective of indulging in some of that hospitality, innocence and fun that the country has been known for, before the crises started multiplying since 2019. The list of calamities having hit Lebanon is staggering. Wildfires, the Covid-19 pandemic, the October uprising, the Beirut port explosion, economic breakdown… Now, the sky seems clear for a summer “like before.”

The first signs are encouraging. Hotels, guesthouses and flights are fully booked from July 1st until mid-September. More than 100 planes will land in the same period, carrying 15,000 passengers. Most of them are Lebanese expatriates flocking back, after returns have stalled for two years. “I am asking with all my love for our family and friends to come to Lebanon,” the caretaker tourism minister Walid Nassar had appealed, while visiting the country’s international airport earlier this month.

This is no coincidence, as half of Lebanon’s GDP today depends on the remittances from its diaspora. “Because of the banking crisis, the expatriates cannot send transfers anymore, so they have to come back here to help their families,” Asmar explained. Suitcases filled with cash might be a recurrent sight this summer.

The rest of the tourists will be mainly Arab citizens from Iraq, Egypt and Jordan attracted to Lebanon’s proximity, beauty, and food… “and at how inexpensive it has become because of the Lira’s depreciation,” ironically stated Jihad Hokayem.

The economist sees a great hope in local and alternative forms of tourism. “Our youth has proven very resilient as it turned towards ecotourism, small guesthouses, and rural areas… They are going to attract tourists to the places which need them the most, away from the big hotels and restaurants,” he added.

The government has scrambled to unroll the red carpet to the guests… and their wallets. Hundreds of soldiers will be posted at the airport to assure its security, PM Najib Mikati announced. The Hezbollah electoral posters are replaced by touristic billboards on the Airport road, probably a move to welcome Arab visitors. And most importantly, the tourism sector is allowed to display its prices directly in dollars. “Restaurants, hotels and nightclubs are given a great deal of autonomy to fix their prices and make profits,” Asmar said.

Another of Lebanon’s attractions has not been advertised publicly: the guaranteed absence of social distancing, quarantine and lockdowns this summer. Coronavirus is on the rise again worldwide, fueling fears of another depressed season. The last 24 hours have seen a rise of 800,000 infections over the globe, a rise of 24 percent.

Lebanon is no exception to this trend. “We are recognizing a slight but steady increase of new cases,” warned Abdul Rahman Bizri, Infectious Diseases and Clinical Microbiology specialist at AUB and Saida’s former mayor. Today has witnessed a new peak at 1,400 cases, and last week bought 80 percent more cases than before.

But despite this, “there will be no lockdowns or harsh measures in Lebanon,” the epidemiologist assured. The caretaker public health ministry and all experts agree on this stance. “There is no need for harsh measures since the new strain is relatively benign. It causes milder symptoms, mainly in the upper respiratory system,” Bizri explained.

This dire situation is the result of political and economic failures, the hospitals are paying the price. Other government sectors need to bring their act together to finance the health sector! And we need to bring back the money which was smuggled outside by the political oligarchy.

While other countries might set up harsher measures to contain its spread, “Covid is absolutely not the priority in Lebanon right now,” Hokayem said. “Everyone agrees that this tourist season cannot be put at risk, and that our survival is more important.”

Consequently, Lebanon might not only boast its beaches and restaurants, but also its carefree absence of masks and distancing. “It is a big argument for people who do not want to spend their vacation in quarantine and running after PCR tests,” Asmar said.

Lebanon’s strategy should remain simple, Bizri said. “Getting three or four shots of vaccine, a media campaign, and respecting the basic sanitary rules as well as quarantine for those who do get Covid should be enough,” he advised.

Two sides of the medal

But this unsuspected advantage might backfire in the case of an outbreak. “The massive influx of tourists and potential infections will carry a risk. Our hospitals are not as resilient as one year ago,” Bizri warned. “If a new wave of Covid hit us, we would have to divert resources from other hospital services, putting even more chronic patients at risk.”

Lebanon’s health care system is in shambles after the successive crises which have hit it.

Even before the civil war, Lebanon was built as a rentier economy, based on finance and tourism. The Hariri government has reproduced this schema in the 90’s.

Medication and treatments for chronic diseases and cancer are hard to find and overly expensive. Hospitals cannot cover the costs of importing equipment in dollars, as the exchange rates keep fluctuating. And, most worryingly, nearly 40% of Lebanon’s doctors and almost 30% of its nurses have departed since October 2019, the World Health Organization (WHO) estimated in September 2021.

Because of this, patients find it difficult to get treatment. Last week, 1-year-old Yasmine al-Masri died after her parents took her to four different hospitals in Tripoli, in the country’s north. Three had no pediatrics departments, and one asked for 1,000 dollars, which the family could not pay. A huge outcry ensued, many blaming the government’s underfunding of the public healthcare system and its discrimination towards underprivileged communities.

“This dire situation is the result of political and economic failures, the hospitals are paying the price,” Bizri criticized. “Other government sectors need to bring their act together to finance the health sector! And we need to bring back the money which was smuggled outside by the political oligarchy,” he added.

How history threatens the present

Lebanon’s dependency on the tourism industry poses a risk to the public healthcare system. This is the result of a long story of neoliberal policies, Asmar believes. “Even before the civil war, Lebanon was built as a rentier economy, based on finance and tourism. The Hariri government has reproduced this schema in the 90’s,” she explains. Before the crisis, tourism weighed in 12% of Lebanon’s economy – two times more than the agricultural sector.

For the analyst, betting everything on banking and tourism was “an extraordinary lack of vision.” “Both are highly unstable sectors, which depend on many factors – at every crisis, war or instability, they collapse.” Instead, Lebanon could have developed a productive economy, such as industries and agriculture. The Ukraine war has demonstrated the importance of this point recently, as 80 percent of Lebanon’s wheat is imported and bread lines started forming last week.

This summer’s encouraging tourism boom suffers from the same original sin. “If anything happens – an escalation at the southern border with Israel, an explosion, wildfires, a security incident – then the tourists will pack their bags and leave just like last year,” Asmar believes. And then, all the profits and hopes will vanish.

One other aspect should not be forgotten: the low purchasing power of the majority of this year’s tourists. For Hokayem, “the Lebanese expats and locals are not the richest, and they cannot spend as much” as the visitors from the Gulf or Europe – who are expected to shun this season. Also, the fact that the tourist industry will deal directly in dollars will probably hamper the ability of most Lebanese residents to participate.

“But even if all goes well, these two or three months are not going to save our economy,” Hokayem added. “It’s a distraction: tourism can create a positive image and create a buffer for some time, but in the end, the government is exaggerating its importance!”

For now, yachts are riding the Mediterranean’s smooth waves, mezzes garner the tables of restaurants, and all hotel rooms are booked. For a few months, Lebanon might experience its first respite in years. 2021’s nerve-racking queues at the gas stations, infernal heat without any electricity or AC and sheer hopelessness feels like a bad dream.

“But this is only because the government has us hooked on morphine,” Asmar believes. “In September, nothing will have changed, and the same problems will arise again.” For her, as for Hokayem, the government should use tourism’s profits to invest in the productive economy.

“The government should really focus on a profound change in the economy to meet the urgent needs of the population: local production, creative industries, production of products that could be exported abroad,” Asmar insists. “And also develop tourism sustainably throughout the rest of the year, make Lebanon a livable place all year round, and redistribute the gains to the medical sector!”