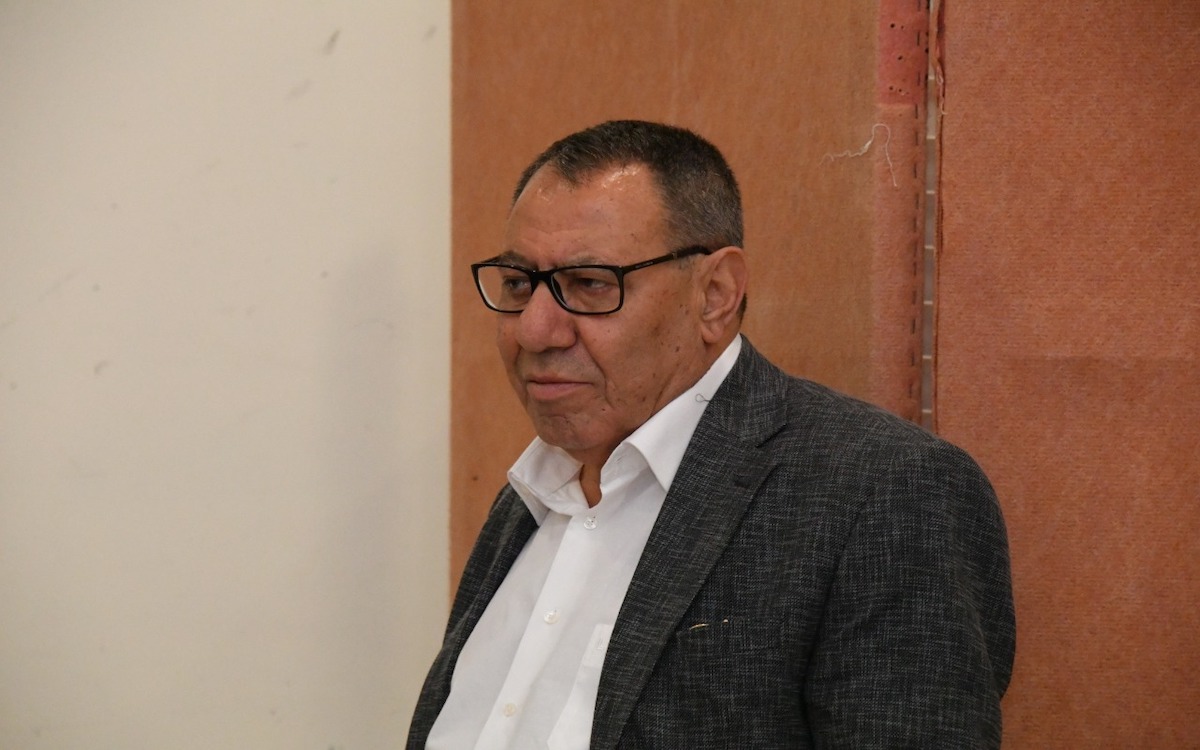 Abdul Rahim Abu Husayn passed away on June 23 after complications during a major surgery.

In the Fall of 1971, a 20-year-old Abdul Rahim Abu Husayn arrived at AUB as a recipient of a US AID scholarship to study English, with plans to return to Jordan and become a teacher. However, his plans would change as he would call AUB his home for the next 51 years, until he passed away at the AUB medical center from complications after a major surgery he recently underwent.

Born in Nuba, Palestine on March 1, 1951, Abdul Rahim was ranked as one of the top 10 in the Tawjihi exams, which earned him a scholarship at AUB. Having finished his BA, he pursued his masters in anthropology, after which he enrolled in the PhD program at AUB.

In 1982, Abdul Rahim completed his PhD under the guidance of his mentor and spiritual father, the great Kamal Salibi. The formed a bond that would transcend their person and become an institution at the AUB Department of History and Archeology, where Abdul Rahim joined as an instructor and moved through the academic ranks,  earning a full professorship in 2002.

Abu Husayn’s seminal works in the field of Ottoman studies on Lebanon and the wider region helped expand a novel school of history started by his mentor Salibi, where Abdul Rahim, innovatively using the Ottoman archives as well as other primary sources, was able to debunk and challenge many of the founding myths of the Lebanese republic and present new revisionist theories for other students of history to pursue and explore. His many students referred to him as Mouallam (teacher), a title he inherited from his mentor Kamal Salibi, a testimony of their gravity and humanistic contributions.

Abu Husayn’s books and many journal articles, as well as lectures, provided the students in the field and different readers the opportunity to venture into the mind of a humble scholar whose simple manipulation of the English language and unfathomable mastery in the field of historical research was magically inviting.

Throughout his 40 years of teaching at AUB and as a visiting scholar in a number of prestigious universities, Abdul Rahim taught thousands of students from different disciplines, many of which still remember his pleasant demeanor, and his enjoyable teaching skills. As a teacher and as a mentor, Abu Husayn nurtured and trained a new generation of scholars who used his vast knowledge and his network to move into the professional field both in the region and beyond.

In 2013, he was inducted as an honorary member of the Turkish Historical Society, an honor which is held by a select few in the field of Turkish and Ottoman studies.

Upon the completion of his, PhD his mentor Kamal Salibi stated that “humility is the most prized virtue amongst scholars,” a lesson which Abdul Rahim practiced throughout his personal and academic ventures.

Meeting Abdul Rahim on campus one would always be greeted with his meek and boyish smile and his limitless honesty. Lebanon, the AUB community, his family and his friends and students have lost a gentle, kind, generous soul and a colossal scholar whose dedication to and love for AUB helped preserve its legacy through both the bad and the good days.