Analysts say that the Free Patriotic Movement has no choice but to remain allied with Hezbollah despite Gebran Bassil and President Michel Aoun calling for a new defense pact and a renegotiated political agreement. 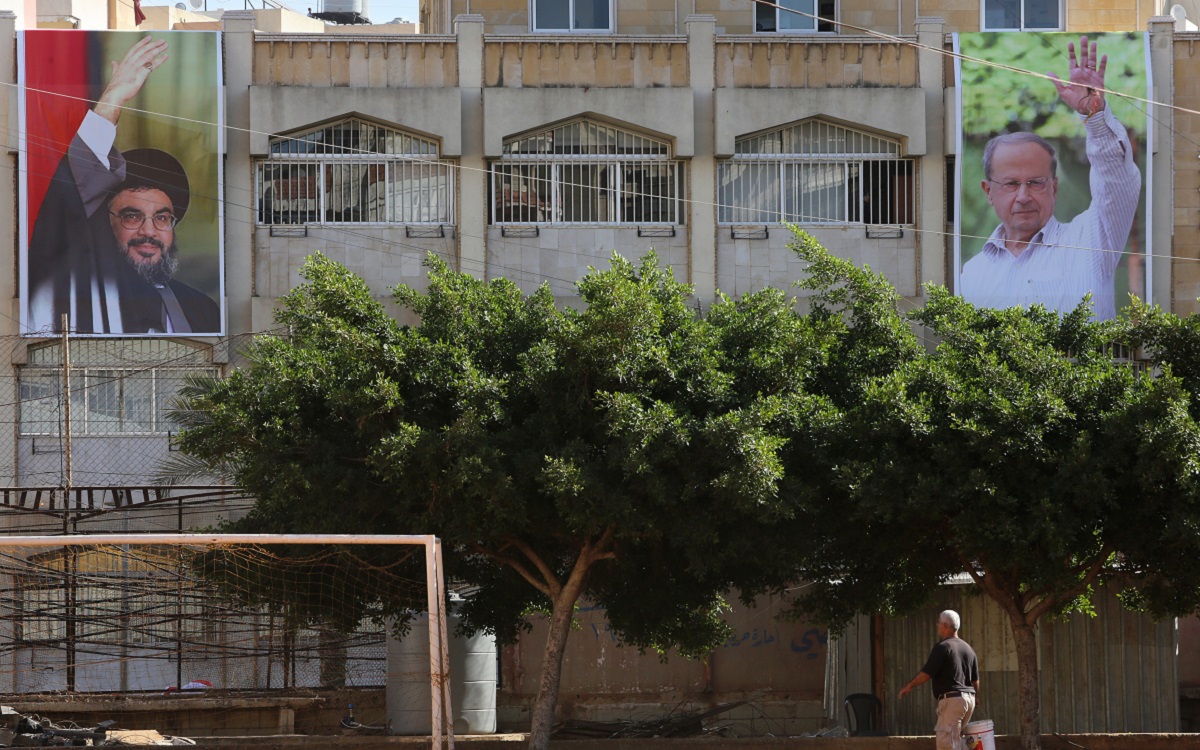 The alliance between Hezbollah and the Free Patriotic Movement has been one of the most consequential pacts formed since Lebanon’s bloody civil war ended in 1990.

In February 2006, the Mar Mikhael Agreement was signed between the FPM and Hezbollah. Since then, both parties have been doing well in elections and have controlled the parliament and several governments. The pact led to Michel Aoun’s presidency in 2016.

However, over 15 years later, the FPM has started to have second thoughts about the relationship.

With general elections approaching within the next 5 months, both president Michel Aoun and FPM leader Gebran Bassil have expressed publicly their inclination to reassess the deal with Hezbollah.

First, in a speech on national television on December 28, Aoun said he was willing to re-discuss the national defense strategy, signaling a distancing from Hezbollah.

“It is true that defending the nation requires cooperation between the army, the people and the resistance, but the primary responsibility lies with the state. The state only puts in place the defense strategy and takes care of its implementation,” he said.

A few days later, on January 2, Bassil pointed out that his party “wants to develop” the agreement further and took aim at the relationship between Hezbollah and its Shiite counterpart, the Amal Movement.

But despite Bassil and Aoun’s statements, some analysts say that this is all political theater: the Maronite party has no choice but to remain allied with Hezbollah or else they risk doing more damage to themselves, especially in the forthcoming elections.s.

“If Hezbollah doesn’t support [the FPM] or if they want a divorce, politically, then that’s it,” Michael Young, a senior editor at the Carnegie Middle East Center in Beirut, told NOW. “Bassil has nothing. He has no cards. He’s alienated everyone.”

On February 6, 2006 Hezbollah’s Secretary-General Hassan Nasrallah and the FPM’s then-president, Aoun, signed a memorandum of understanding between the Shiite and Maronite Christian parties at the Mar Mikhael Church in Beirut’s southern suburbs, one  that shook the foundation of Lebanese politics and opened the door for Hezbollah to become one of, if not the, most powerful and influential political party in Lebanon.

But 15 years later, things seem to have changed. On the 15-year anniversary of the Mar Mikhael Agreement, on February 6 2021, the FPM political council said in an official statement that the agreement needs to be examined because the alliance with Hezbollah has “failed at state-building”.

The year 2021 has seen several differences come to surface between the two sides of the alliance. Hezbollah has been vocal against the investigation into the Beirut port blast, and has gone to great lengths to stop it, including blocking the government meetings at a time when a functioning cabinet was crucial for the Lebanese economy. FPM, on the other hand, including its former leader President Michel Aoun, has been supportive of the inquiry. Hezbollah and Amal gunmen also clashed with Christian snipers in Ain el Remmaneh on October 14, 2021, putting the FPM and Aoun in a difficult position.

According to Bassil, the FPM is focused on the entire state of Lebanon, while Hezbollah…not so much.

According to the FPM leader, Hezbollah’s priorities are not in the right place and, with its recent actions in Tayouneh and in the case of Tarek Bitar’s Beirut port explosion investigation, has been neglecting its duties as a partner with the FPM, marginalizing them while pushing their own interests.

However, to Young, this is all bluster and an attempt by the party to create the impression that its relationship with Hezbollah is on the rocks in order for the Christian party to shore up votes in a confessional community that is wary of the Party of God.

“They’ve supported Michel Aoun for the presidency. They’ve basically given Aoun the backing that he wants,” Young explained. “It’s public imagery on his part. He wants to show publicly that there are differences with Hezbollah.”

The deadly clashes in Tayouneh had a negative effect on Hezbollah’s Maronite ally. In fact, it actually saw the Lebanese Forces, a staunch opponent of Hezbollah and a rival to the FPM, gain more popularity.

“After the Tayouneh incident, basically the Lebanese Forces regained some political support because of this sectarian atmosphere in the country,” Young said. “Hezbollah doesn’t want to see the Aounists lose ground against the Lebanese Forces. And, certainly, there is an element of maneuvering. There is a tactical calculation here.”

Even if this was not just political posturing by Bassil, he and his party are in no position to make demands of Hezbollah, who could simply ignore Bassil’s remarks. The FPM leaving the alliance would have more of a negative impact on the Maronite party than it would Hezbollah.

“No one would like to work with Bassil even if he breaks his ties to Hezbollah,” Yara Asmar, a researcher on Middle Eastern politics and contentious politics in Iran, told NOW.

In addition, without Hezbollah, the FPM is almost guaranteed to lose seats in major districts that have been strongholds for the party.

In important constituencies like Jbeil, Baabda or Jezzine, the FPM needs the Shiites’ votes in order to carry seats as Hezbollah’s supporters will unquestioningly vote for Hezbollah’s allies.

“All of these you have solid Shiite blocs that will only vote for Hezbollah’s allies. Take these seats away from Gebran, where will he win?” Young said.

One of Bassil’s primary grievances about the agreement was that the Party of God has allegedly been prioritizing its relationship with Amal over the FPM.

Ali Hassan Khalil, the former minister of finance and confidant of Parliamentary Speaker and head of the Shiite Amal Movement Nabih Berri, did not take Bassil’s comments lightly.  Bassil accused the Amal Movement of blocking reforms in parliament. He said that former ministers of finance, who have been either part of or closely associated with the Amal Movement, refused construction at the Deir Ammar powerplant because “they could not benefit from it and because it is not located in a region that interests them”.

“Bassil advocates the rights of the FPM and his group, not those of the Christians,” Khalil stated in his response on January 3. “You are the ones who obstructed voting inside the Cabinet over energy, telecoms, and environment-related files.”

For Young, Bassil’s targeting of Amal is unsurprising. FPM and Amal maintain a long-held rivalry.

Asmar believes that picking on the Amal Movement may also be a way to pressure Hezbollah to get Amal onboard with the alliance.

“He’s just trying to use this last card in his hand,” Asmar stated. “‘Let me try to pressure Hezbollah a bit, insinuate that they are blocking the meetings with the cabinet.’ He’s hoping that they will be able to pressure Amal.”

But Hezbollah would never choose the FPM over Amal.

“It’s not today that Hezbollah is going to divide Shiite ranks by siding with Bassil against Berri. Definitely not,” Asmar added.

Bassil may be aware that he is in no position to make demands with Hezbollah about who they are allied with as well as what sort of alliance they have, but his public comments about FPM’s alliance with Hezbollah allow him to take steps to plan for his political future and the future of his party.

Even though the FPM is dependent on Hezbollah for the elections, that does not mean everyone in the party is happy with the status quo.

“I know from inside the FPM that the FPM is divided between people who are pro-keeping the Mar Mikhael Alliance alive and there are people who are against it,” Asmar explained. “There are a lot of people saying that ‘Yes, Hezbollah is a resistance movement. We were backing this idea. But now with everything happening with the Gulf, with the engagement of Hezbollah in regional politics and so on, we cannot afford it.'”

When the FPM was originally formed, one of the core principles that it stood for was Lebanese sovereignty and independence. Today, its current alliance with Hezbollah seemingly contradicts this core principle.

“It’s allied with the one party in Lebanon that is doing everything to undermine Lebanese sovereignty and independence,” Young argued.

This has forced Bassil into a difficult balancing act where he needs to maintain his alliance with Hezbollah in order to maintain the short-term longevity of his party as well as appease those in his party who are growing increasingly skeptical of the agreement.

However, no matter what action he ends up taking, it opens the FPM up for internal division as time goes on and as Hezbollah continues to take actions that reflect poorly on the Christian party.

“In general, what I think is that the FPM is heading more towards internal division,” Asmar stated. “They won’t be the biggest party anymore, claiming to be the biggest party among the Christians. For now, it is difficult for them to leave the alliance with Hezbollah before the upcoming elections. After it, Bassil might reassess the strategy of the party.”

A future without Michel Aoun

Even without the issue of Hezbollah facing the party, Aoun will soon be leaving the presidency and, by extension, the political scene. This also puts the FPM at risk of losing relevance as it stands for little other than to help Bassil’s political ambitions.

“It’s not a reformist party. It doesn’t bring anything new to the political game,” Young said. “The problem is that Bassil has no purpose other than to use the party to advance his own personal interests. This is a problem because when Michel Aoun leaves the field, many people are not really going to be devoted to Bassil’s personal interests.”

One such personal interest is to become President of Lebanon, now that his father-in-law is set to leave office later this year.

While Hezbollah’s support was integral to bringing Aoun to power, Bassil may not have it, and this is something that he has to plan ahead for.

“He knows that Hezbollah, at this point, doesn’t seem very likely to support his presidential bid,” Young stated. “Naturally, he’s setting up the stage for what comes afterward. If Hezbollah supports Sleiman Frangieh, I think that one of the things that he will want to do is discredit Frangieh. If he cannot win the elections this time, he has to set himself up for the future.”

FPM’s relationship with Hezbollah has burned many bridges with other political parties, and given the current crisis with the Gulf which shows no signs of resolving, as well as the sanctions on Bassil, it seems unlikely that the Christian party can break ties with their Shiite ally.

“Since 2018, Bassil has created more enemies than friends especially with the allies who brought Michel Aoun to power and who backed him during the previous elections such as Saad Hariri, who was not able to form a government because of FPMs “requests,” Samir Geaga and, to a certain extent, Walid Jumblat,” Asmar said. 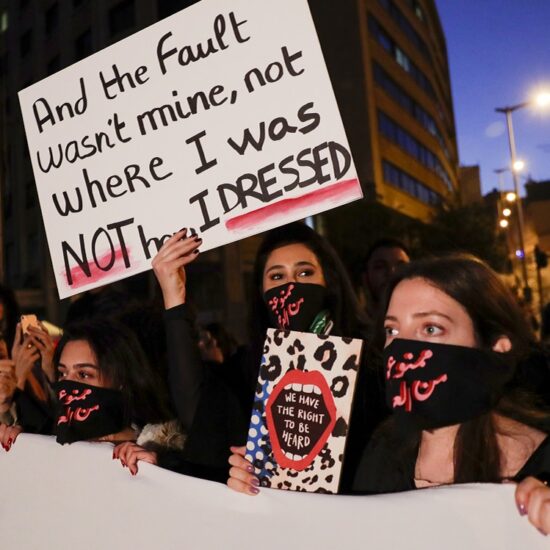 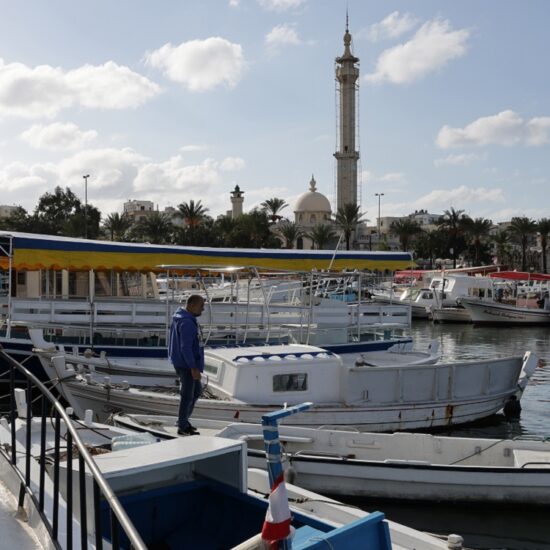 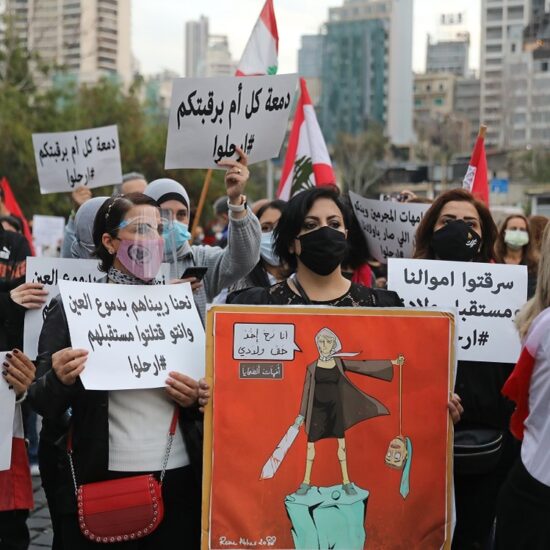 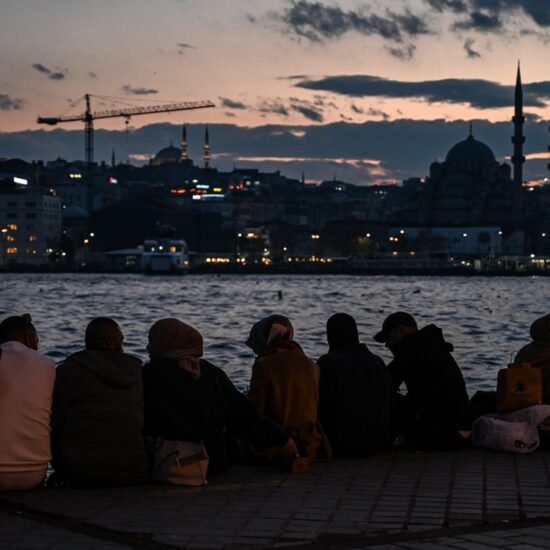 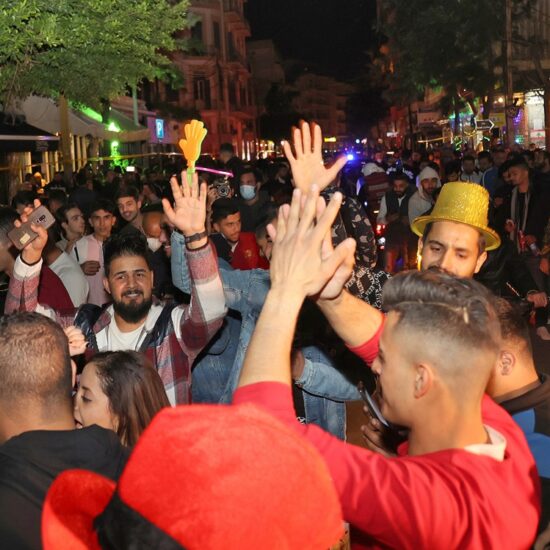 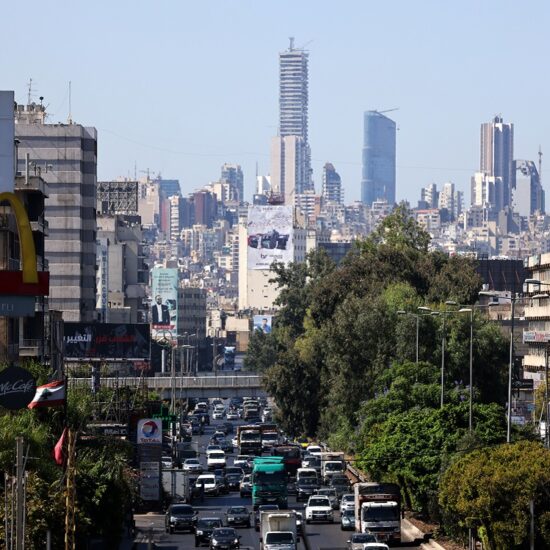