A quick look at the Balkan transitional justice process reveals that tampering with probes and threatening magistrates can happen with investigations into crimes like the Beirut blast, but they never manage to bury the file. 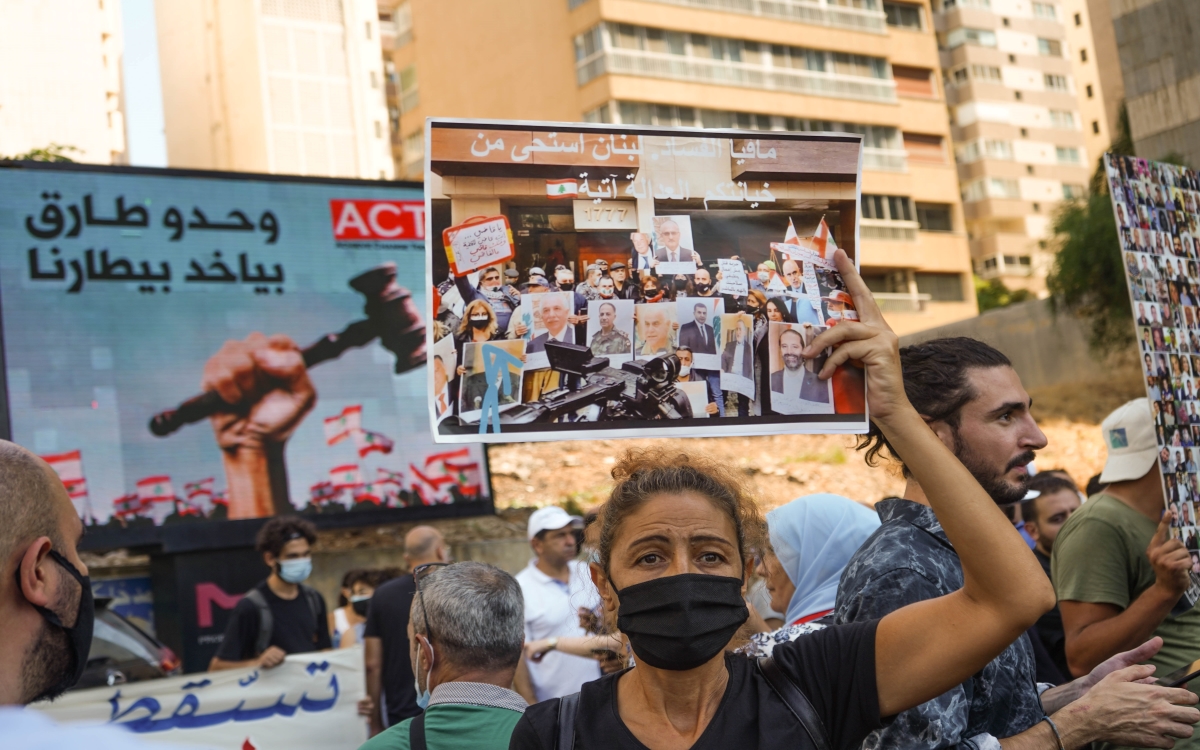 It took 16 years, many leaks and reports, constant international pressure and an administration with a political will to comply with international justice institutions for the Serbian security agencies to finally arrest Ratko Mladic in the village of Lazarevo, north Serbia, in 2011.

In 2012, his trial started in the Hague. He had been indicted by the International Criminal Tribunal for the Former Yugoslavia (ICTY) for genocide, crimes against humanity, and numerous war crimes, including the attack on the UN-declared safe area of Srebrenica in July 1995, all committed while he was the head of the VRS, the Serb militia during the Bosnia war.

He was found guilty in 2017 and sentenced to life in prison definitively, after his appeals were rejected, in June 2021. Less than three months ago. In total, 26 years.

Bringing to justice high profile suspects in divided societies that haven’t yet healed from devastating wars is a long, slow and trying process.

Hundreds, if not thousands, of people who took part in wartime crimes and massacres stood trial in the Western Balkan countries and in the ICTY during the past 26 years. The process was far from perfect. The justice systems in all former Yugoslav countries took time and effort to be reshaped and reformed. There was corruption, there were delays, there was political interference.

There are lessons to be learned from the Balkan traditional justice experience and they are not all about how effective international courts are.

It may not have been perfect

Two and a half decades later, societies in Bosnia, Serbia, Croatia and Kosovo are still facing the legacies of the wars of the 1990s. There are still unsolved issues between communities and states. Kosovo and Serbia are still trying to find a way to separate and coexist, while the process of solving the border demarcation remains stalled. Crime networks are still posing problems. Right-wing, nationalist movements continue to exist, some youths do adhere to their principles.

But what the transitional justice process has achieved, be it slow and imperfect, is to allow much-needed public debate. It created a space where people and communities could and still can tell their stories out loud, where anyone – be it in the right or in the wrong – could challenge hegemonic narratives and demand justice as they saw fit. Maybe the wounds are not yet completely healed, but at least people were free to expose them, while the media, at least some of it, was there to listen.

The probe into the explosion that destroyed swathes of Beirut and killed over 200 people should be seen as part of a transitional justice process in Lebanon. It is not a separate matter. It may just be the beginning of it.

Having the option of a justice process, no matter how it was defined, gave people a voice and empowered them.

Many experts and analysts still debate the effects of the transitional justice process in the Western Balkans. They talk about biased courts, wasted time, lack of real reparations. But many fail to see one most real effect.

Without trying and imprisoning perpetrators of war crimes, living in the same country, the same place, the same house and with the same neighbors as if nothing happened, may have been impossible for most victims. The mere existence of the possibility of transitional justice is what brings closure. Otherwise, the conflict goes on. As it has been continuing, lurking in the underground, due to practices of impunity in Lebanon.

Never too late for justice

The Beirut blast was the result of decades of impunity after the civil war.

The probe into the explosion that destroyed swathes of the city and killed over 200 people should be seen as part of a transitional justice process in Lebanon. It is not a separate matter. It may just be the beginning of it.

Impunity allowed sectarian entrepreneurs to continue boosting the tainted memories of past traumas as a sacrifice for a greater cause while whitewashing their own sins and passing them on as past glory. It allowed a captured, incompetent administration that nonchalantly overlooked the imminence of a disaster and now, the exponents of this administration are brushing off the guilt by repeating “it was not my business”. It was someone else’s business.

Impunity crippled the justice system and made it tributary to political scheming, stealing its credibility. For decades some Lebanese were tried for terrorism, while others who committed the same crimes escaped justice under the protective umbrella of a politician or political party. Some politicians indicted for corruption by one judge are cleared by another judge.

The Beirut blast probe is Lebanon’s now or never. Everyone knows it. Everyone feels it.

It should be widely seen as the beginning of accountability. It is the result of a long list of assassinated competent statesmen and professionals who could have made a difference for Lebanon. But they were killed to preserve the status quo.

The Beirut blast is the consequence of decades of impunity, of not prosecuting war crimes, murders and assassinations.

The Beirut blast is the consequence of decades of impunity, of not prosecuting war crimes, murders and assassinations. Had they been prosecuted in any way, had they not been stuffing dusty drawers in some old desk under a pile of more solvable crimes, there would have been a history of accountability.

But politicians threatened magistrates like Tarek al Bitar. The judge gets these threats because too many others were threatened before him and complied. They looked the other way to save their jobs and maybe their lives.

Politicians paid off families and told them their murdered relatives were martyrs who sacrificed their lives for a cause. The payment was often not a bribe, but a warning. Take it and stay silent, or else.

The lessons of the Balkan transitional justice process tell that perseverance, transparency and a constant push for accountability, the constant challenging of imposed symbolism and narratives as well as rejecting pompous premature memorials is the right way to go. They also say that political change, which always happens in time and by pushing for fair elections, can also bring accountability and create a space for public debate.

It takes patience and determination in demanding justice, lobbying international institutions like the UN Human Rights Council, publishing reports. It takes awareness in civil society over how long this journey is.

The Beirut blast probe may be obstructed or delayed. Investigators may get threats and lawsuits and some may even make mistakes under pressure. Some magistrates may accept to serve politicians.

But the crime is too enormous to be buried with a few threats and a couple of complaints at the Supreme Court. It’s not 1990 anymore.