A culture of mutual support that feeds the roots of the Lebanese civil society may just be what the country needs to survive politically, but it may require some extra steps. 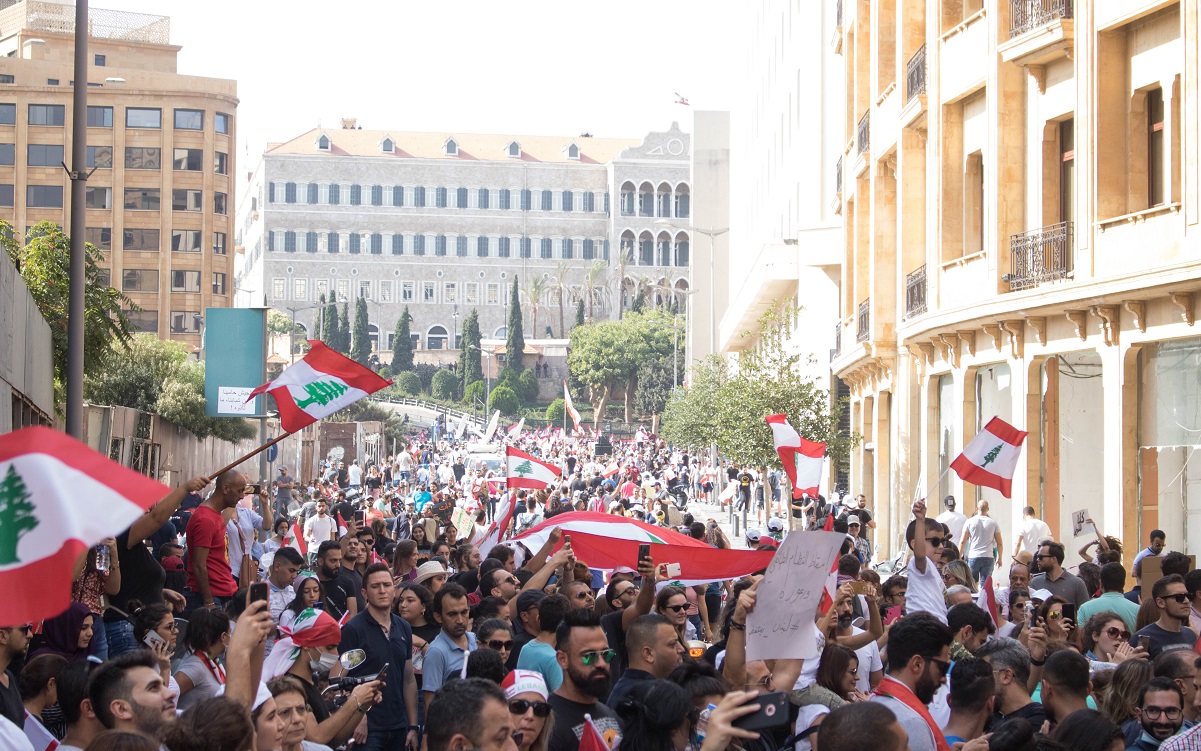 When most people speak of Lebanon, they relate it to a sectarian system. For most of the 19th and 20th centuries, the Maronites, Sunnis, Shiites, and Druze have fought each other to preserve their respective group security.

The attempts, if there were any, to build a nation-state and a national identity have so far failed and this failure has been blamed on permanent sectarian strife.

The constant instability and never-ending negotiations over who holds how much power and who has access to which state resources have been fueling Lebanon’s political scene for decades, and for decades regional and international powers gathered political leaders and former sectarian warlords to broker solutions for the country.

The mistake is to look at Lebanon solely through a political lens. Through this perspective, you will see deep-rooted sectarianism, a failed, captured, and a depleted state with shell institutions whose existence serves only to feed the clientelism networks. A structure that needs to be demolished to make room for a new system.

The power-sharing system that has been captured by former sectarian warlords who are still using warring rhetoric is real and mean, but it is not everything.

There is much more to Lebanese society than meets the eye and a deeper dive into its grassroots may reveal a second layer of political reality that many international observers keen on saving the country from total collapse may miss.

After centuries of political skirmishes, war, sectarian strife and incompetent governments composed of the same recycled politicians, Lebanon has developed two political layers that we’ve all seen collide during several protest waves in the past 15 years.

One is the exclusivist political establishment nourished by a sectarian patriarchal system encoded in the state laws.

The other is a civil society whose leadership is female-dominated and which has emerged from a culture of mutual assistance that rules the country at an informal level.

There was no way that the idea of citizenship and liberal nationalism that restructured Europe in the 19th-20th centuries would have gained traction in a society where religious communities had been systematically and for centuries pitted against each other, where a series of massacres and local assassinations created a history of martyrdom and a memory of trauma in each and every one of those social groups.

The individual identity and a particular sense of belonging to a social group were established differently in the religiously diverse society. In this process, the sect became the extension of family.

The model had been there for generations: doctrinal religions, such as Christianity and Islam, use fictive kinship – sisterhoods and brotherhoods – to create cohesion among large groups of followers.

The lack of a transitional justice process after the Lebanese Civil War led to warlords capturing political institutions and feeding their clientele by strategically infiltrating the administration to gain access to resources to redistribute within their constituencies.

This system is most definitely not unique to Lebanon. Indonesia, for instance, has been deemed a democratic system where pyramids of patrons and clients compete for political power as a means to tap into state resources.

In Lebanon, however, the power-sharing system makes competition unnecessary. Here, the process is much more complicated because it is based on long negotiations over who gets what. Therefore, government formation often takes many long months and several doses of foreign interference.

The patron-client pyramids overlap with the sectarian system, using the tribal backbone of the society and, often, using false kinship to reinforce sectarian belonging. It has been the case for years and it has been a pact that many generations of Lebanese, faced with foreign occupations and wars, have been forced to sign.

The everyday practice of kinship has evolved and modernized over decades, but the Lebanese system remains tributary to patrilineal descendance and patrilocality as the basic form of keeping track of voters and controlling political accountability.

The reason is simple: this way, one cannot simply get lost in the crowd. Eventually, everyone is forced to return to their father’s village to deal with the paperwork and to vote.

The reliance on family has seconded and fed this political process.

Members of the pyramids rely on their sectarian wasta to access resources: jobs for their sons, aid for poor families, schooling for children. In this system, not only does it matter what sect you belong to, but it also matters who’s son or son-in-law you are.

But while this system is very real and has led the country to bankruptcy, there may just be more than meets the eye.

Lebanon’s second political layer is its civil society, which is in fact running the country at an informal level, providing resources, relief, and solidarity that the captured state cannot.

Lebanese civil society is reliant on networks of mutual support: whether it is family helping family, friends helping friends, or private companies and non-governmental organizations donating to poor communities. The supplementary system developed due to the chronic lack of trust in state institutions.

For example, the mutual support culture of Lebanese civil society becomes very visible when someone needs blood donated in order to undergo surgery. The community mobilizes, puts the word out, the media propagates it, social media channels and influencers help spread it until the goal is achieved.

In Lebanon, things get done informally.

That, in a way, has been a curse. Because of this reliance on informal networks corruption has spread endemically and has become the unwritten law of wasta. Political clientelism pyramids have used wasta to ensure their constituencies’ cooperation.

But at the same time, social networks have used this mutual assistance culture to create self-reliant mechanisms that allow society to organize and function on completely different rules and on completely different values than the political system. This layer has taken a totally different political direction, fostering progressive and more inclusive ideas, leading the country towards modernity, while the old sectarian and immobile system kept Lebanon from developing.

Civil society leadership is made up of people who were left outside the pyramidal system described earlier: educated young women and men of the middle class who have developed political ideas that are not congruent with the formal system. Normally, they do not have access to the possibility of leadership within the sectarian construction.

The pyramidal system is also dynastic and only allows for social mobility through marriage and alliance, just like nobility and royalty.

In this system,  specialists, technocrats, and experts only have a support role, to sustain the pyramid and feed the dynasties. They cannot be leaders themselves. That type of social mobility is not possible.

But in civil society, that second political layer where non-governmental organizations replace state institutions in providing care and services, where people rely on each other, social mobility is possible and encouraged. Leadership can be meritocratic. Non-governmental organizations are usually lighthouses of expertise and engines of progress because they foster the best of the working class and most brilliant liberal professionals.

Yes, the two layers sometimes do interact, with members of the political establishment trying to control lines of thought and influence within civil society by setting up organizations or charities to cater to their constituencies.

But in times of crisis, such as the August 4 explosion, the two layers of political engagement can not be further from one another. What one system has caused, the other system rushed to help, heal and demonstrate.

Lebanon’s civil society has been able to organize itself into large protest movements since 2005 on various occasions. It fosters ideas that are more in tune with cosmopolitanism than sectarianism. It values freedom and human rights, not birthrights and privileges.

In the absence of a stronger state and with sectarian leaders increasingly losing political credibility, Lebanese people are more likely to rely on this layer of political activism which they trust more than the captured state that has repeatedly failed them.

Despite the fact that at the periphery – rural areas and poor regions of big cities – sectarian political factions are still run by patrons controlling dissent through family and tribal networks, it remains to be seen how long each party’s grip on resources will last and how they will manage to cater to these clienteles in the future.

So why does the international community still acknowledge only the first political layer, leaving out of the political conversation the vibrant civil society that is able to produce policies and solutions?

So far, the establishment has produced players who can win elections and negotiate politically for their sectarian group but are incapable of producing policies to efficiently govern.

Civil society still has to prove that it can forge organized political movements (not one, but several) that can win elections outside university campuses, in the same old context of the electoral law being curated to help the old sectarian entrepreneurs.

The solution to the deadlock requires a paradox: either the new wave gets politically organized, infiltrates the sectarian establishment and changes everything from within; or the old guard changes the electoral law to allow fair chances for new parties with new ideas.

Either way, it will take time, patience, and learning from failures. It will take determination to not give up after every failure to overthrow a bankrupt system.

Keep calm and carry on.

Ana Maria Luca is the senior editor of @NOW_leb. She tweets @aml1609.