Chess on the Danube

The Palestinian cause must remain about people and not proxy groups, argues Ronnie Chatah. 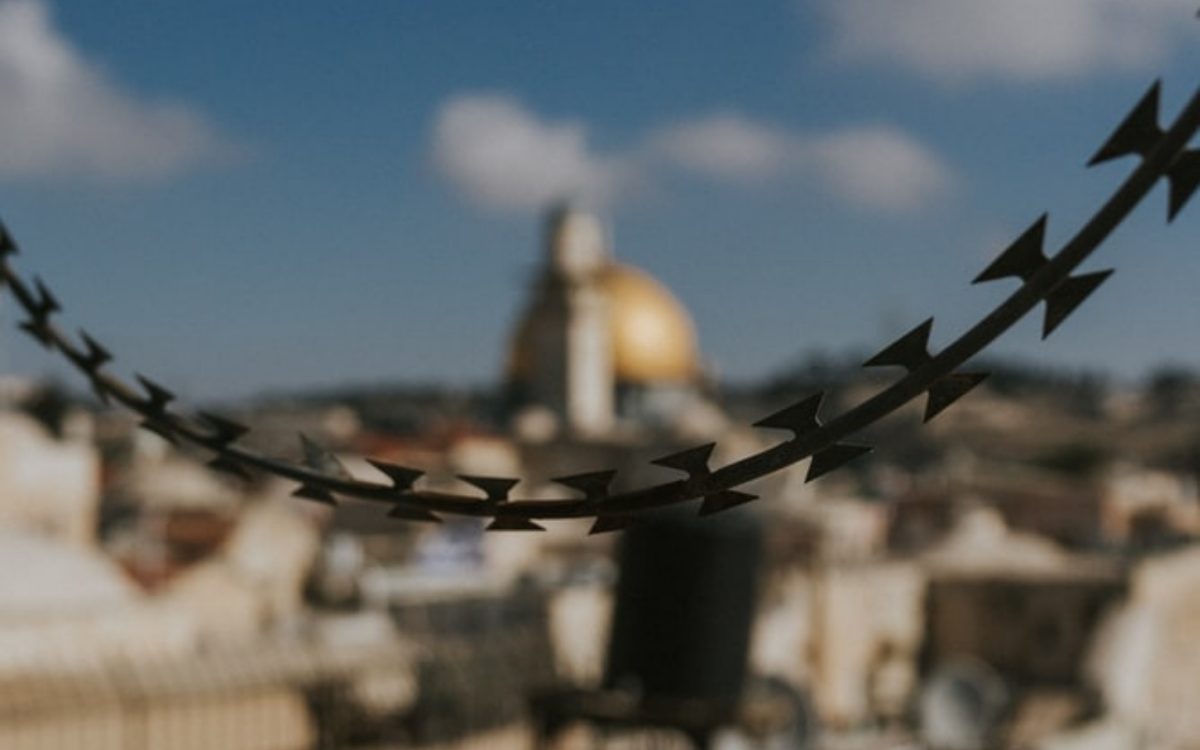 “Most of the world is defending Palestinian rights. Gone are the days of blanket American media support for Israel while turning a blind eye towards immense Palestinian suffering.” Photo: Cole Keister, Unsplash.

In principle, it should not matter.

Complicated negotiations over Iran’s nuclear policy – whether in Vienna today or Lausanne in 2014 – should be a separate issue altogether from Israel’s bombardment of Gaza, brutal crackdown on Palestinian residents of Jerusalem refusing to leave their homes in Sheikh Jarrah or lynch mobs against Palestinian citizens of Israel across mixed Arab-Jewish cities.

Not because of Rob Malley’s crisis management credentials or John Kerry’s diplomatic capabilities. Or Jawad Zarif’s persuasions and pleasantries when meeting foreign dignitaries.

It matters because the Iranian regime is seizing upon Palestinian suffering and regional outrage. A legitimate cause is hijacked by a blend of zealotry, tyranny, and militancy by proxy.

Palestine was born to catastrophe. A people partitioned and displaced, denied their right to freedom and nationhood. Subject to waves of refugee plight and generations of discrimination throughout the region, let alone Israeli occupation.

And Lebanon – a mosaic fragile at best –unable to withstand the cause’s violent repercussions, culminating in civil war. A disfigured state patched back together not through reconciliation but, instead, Syrian invasion. And a post-2005 era defined by Iran’s Hezbollah proxy, dictating Lebanon’s security and foreign policy while political paralysis and economic collapse led to state failure.

Lebanon’s survival aside, the Palestinian cause is alive

Most of the world is defending Palestinian rights. Gone are the days of blanket American media support for Israel while turning a blind eye towards immense Palestinian suffering.

Israel is openly criticized – perhaps not from dogmatic conservative voices or for that matter directly from a Democratic White House – but from younger and prominent American voices condemning Israeli apartheid. Aggressive quiet diplomacy brought a ceasefire between Israel and Hamas earlier than expected.

But for every tweet, every post, and every outburst by a television host, the Palestinian cause must remain about people, not proxy.

Of the 750,000 Palestinian refugees that fled their homes in 1948, nearly 100,000 entered Lebanon. Their descendants, now numbering nearly half a million, are treated the worst among our various neighboring states that also took in Palestinian refugees.

We sheltered Arab Jews from Syria and Iraq fleeing increasing hostility – Lebanon became the only Arab country to increase its Jewish population after Israel’s creation.

We gave citizenship to thousands of Palestinian Christians, yet we denied Palestinian Muslims their socio-economic rights, forcing them to remain in camps and in poverty until – perhaps one day – they are able to return to their razed or stolen homes.

Leave citizenship conversations to an eventual peace deal, if one ever arrives. The demographics danger should be stripped of any debate. There is no data to show that Palestinian refugees pose an economic threat to Lebanon.

Our financial fiasco transcends the wellbeing of any category living in this country – refugee, resident or citizen. As for politics? Pluralism, consociationalism, and confessionalism can all withstand dispossessed populations. There’s no threat to power-sharing or quota rationing with a Palestinian community that deserves their dignity.

The Palestinian cause is continuously attacked in historic Palestine, by an Israeli army unabashedly using disproportionate collective punishment against the planet’s densest strip, and settlement expansion disfiguring Palestinian autonomy.

It shouldn’t be about armed proxy groups

But the common thread between Palestine and Lebanon is more than Israel’s brute force.

It includes an Iranian regional policy of usurping public outcry for political gain while equipping paramilitary forces, from Hamas to Hezbollah, in long-term asymmetric warfare, tunnel-digging and domestic politics defined by Tehran.

Establishing an independent and free Palestine was the defining core of all that was the peace process. A simple handshake – forced or not – by Bill Clinton between Yasser Arafat and Yitzhak Rabin on the White House lawn in 1994 ushered in a generation’s reimagination of a region no longer at war.

A quarter of a century later of inconsistency and inability at bringing the Israeli occupation to a close exposed that same generation’s disappointment – turned disgust – along with distrust of any benefits to dialogue.

Yet today, unlike the early 1990s, any US administration with a real inclination to bring about a permanent peace deal will ultimately fail if Iran’s regional policy is not addressed.

The conflict is no longer solely about Israeli and Palestinian territory, or Israeli and Arab relations (the Abrahamic Accords did nothing to dissuade Israel’s disproportionate force during the recent round of violence).

Instead, Palestine is now intrinsically linked to subversion and pressure by Iran into the policies of its neighbors. A determination to dismantle state sovereignty while equipping sub-state armies.

The Americans have leverage when there’s consistency, thought-through policy and determined diplomacy.

And their decision-makers have an immensely short attention span when domestic politics dictate deal-making with dictators. From the Obama administration’s disinterest in countering Iran’s influence in the region in favor of pursuing a nuclear deal to the Trump White House ‘maximum pressure’ campaign and assassination of Islamic Revolutionary Guard Corps (IRGC) commander Qassem Soleimani.

And now, a Biden team desperate to resuscitate or renegotiate 2015’s Joint Comprehensive Plan of Action (JCPOA). Erratic strategizing must not define American engagement on the Danube. And if there’s any consistency, it’s the patience of Iranian diplomats over American posturing and sway.

Gone are the days when limited US pressure against Israel was the defining criticism against American involvement in the peace process.

Israel doubled its settler population in the West Bank over the past 25 years, enforces a nearly two-decades old economic embargo over the Gaza Strip that has turned that sliver of the Mediterranean coast into an open-air prison, and deliberately builds up its settlements in East Jerusalem with Jewish-majority demographics in mind.

And today, in addition to Israeli inflexibility and little to no pressure from the Americans, there are Hezbollah fighters turned de facto defenders of Lebanon’s Blue Line that are silent this round. Hamas rockets are lobbed at Iran’s command. And the IRGC has turned Lebanon and the Gaza Strip into its battlefield with Israel.

Addressing Iran’s military subjugation in Vienna talks is vital. If Iran’s regional policies are ignored this round as they were before, its proxies will continue to pervert the Palestinian cause into one of their own, enhancing an increasingly military dictatorship’s influence and intransigence at the expense of both Palestine and Lebanon.

Ronnie Chatah hosts The Beirut Banyan podcast, a series of storytelling episodes and long-form conversations that reflect on all that is modern Lebanese history. He also leads the WalkBeirut tour, a four-hour narration of Beirut’s rich and troubled past. His recent writings have appeared in L’Orient Today and Newlines Magazine. He is on  Facebook, Instagram  and Twitter @thebeirutbanyan.