In times of crisis, people turn back to old beliefs and superstitions and Lebanon’s modern tradition of fortune tellers making predictions on New Year’s Eve is no exception, experts say. 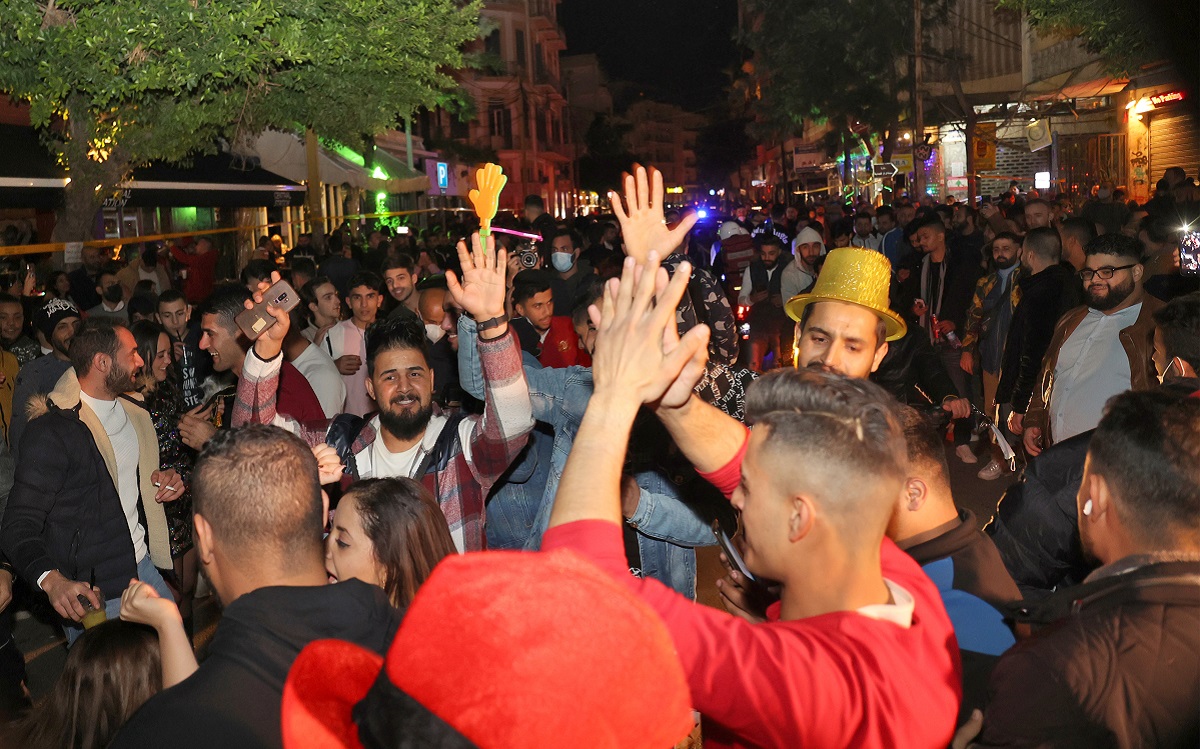 On New Year’s Eve, Jamil and Hawraa Mansour finished cooking a festive dinner and sat in front of the TV with their two children and Jamil’s brother. Covid-19 infection numbers were on the rise, the economic crisis made finances tighter than ever, so they had decided to meet 2022 at home, in Beirut, watching TV and discussing the latest predictions of Michel Hayek.

“We used to put him on as a background sound but ever since his prediction of the Beirut Port explosion two years ago, I’m curious to know what awaits us,” Hawraa explained.

“There’s not much to hang on to in this country but if he [Hayek] brings us a little hope then maybe we can start believing in better days,”his wife concluded.

Hayek, 55, one of Lebanon’s most well-known fortune tellers, has kept many Lebanese in front of the TV on New Year’s Eve over the years.  His predictions, made on national television channels, be they social, political or economic, have stirred much controversy since his first appearance in 1985. His live end-of-the-year show has become a tradition for many households.

Over time, other psychics and clairvoyants in Lebanon, such as Layla Adel Latif, Carmen Chammas or Maguy Farah, have received their own shows on national television or broadcast predictions for the new year on their social media channels.

Although horoscopes are made available on private social media accounts, such as  Youtube and Instagram or in book forms, some such popular figures charge up to  $2000 for a 30-minute phone call for an interview, regardless if it’s a matter of making predictions or not.

Hayek’s predictions for Lebanon this year seemed optimistic. He anticipated drastic changes in the political system. The most notable changes were to be “the birth of twins”, a new president, and a new parliament. Lebanon is scheduled to hold elections in May 2022.

According to Hayek, Michel Aoun’s presidency was going to be terminated through “surprises and twists”, and that the new parliament would receive “new blood” and would establish the grounds for change.

On a financial note, Hayek said he saw a new beginning for the Lebanese economy where improvements were set to happen through agriculture, trade, and industry. The crisis was also going to see the start of a resolution. But the pandemic, he said, did not seem to be coming to an end. For the fortune teller, the battle against new viruses and Coronavirus variants would be persistent.

Overall, the tone of his predictions was met by many viewers with a sigh of relief.

Hawraa’s face lit up when she heard the good news regarding the economy. A smile came to her face as she picked up the phone to send her sister a voice message on WhatsApp.

“Amal, did you hear what Michel Hayek just said? 2022 is going to be the year of blessings,” she said.

An escape from the crisis

Zuhal, 27, a popular drag queen in Lebanon well known for her monthly astrology segment on VICE Arabia where she delivers comedic horoscopes, said that her fascination with astrology started at the age of 14, but she really developed her interest over the past two years. The pandemic lockdowns and an increasingly isolated lifestyle pushed her to delve deeper into the field of astrology, and to practice more.

“It’s like everything we knew disappeared and a new common sense, a new logic was necessary to make sense of what was going on. I finally found something that I could rely on and realized that there was more than the material world we see,” she said.

Aside from the column in Vice, she also gives private birth chart readings where she breaks down the person’s past, present, and future.

It’s like everything we knew disappeared and a new common sense, a new logic was necessary to make sense of what was going on. I finally found something that I could rely on and realized that there was more than the material world we see.

“I combine astrology and numerology together so that I can go in-depth and deliver personal readings instead of a generalized talk. This is very related to psychology and my clients tend to get emotional during the sessions so it can feel like a therapy session,” she told NOW.

Zuhal says that predictions are often generalized to trick people into believing whatever they were saying.

“What they do is to manipulate the public in order to go viral. If they were to make a detailed explanation about each prediction then no one would be interested so they just tell you things they know you want to hear like you’re going to be rich in 2022 for example,” Zuhal said.

Although Lebanon is seen as a confessional system that has religious institutions governing civil law, spiritually, the country has got a different landscape. According to Zuhal, many people have been leaning towards diverse spiritual practices such as Yoga, meditation, witchcraft, astrology, and numerology.

“This is not only happening here, this is a global phenomenon that is shared widely on social media where we can easily access information so each person is developing their own individual spiritual practices that are not bound by specific scriptures nor rules,” she said.

Zuhal started doing birth chart readings as a side hustle in May 2021 and it attracted a large client base. But because of the power cuts and unreliable Internet was not always capable of doing her online readings.

But she also seemed optimistic about what’s to come.

“I can’t make any predictions but I have a feeling that 2022 is going to be a better year,” she said.

Sari Hanafi, a Sociology professor at the American University of Beirut explained that people in crisis find themselves more receptive to the unknown to find solace and security, including believing in the supernatural.

“When people start to feel disillusioned by science and politicians, which are the main sources of security in modern societies, they go back to the old witchcraft traditions in hopes of finding some relief,” Hanafi told NOW.

He says that the 2020 Covid-19 pandemic was accompanied by several lockdowns that kept the people isolated and more reliant on technology for their everyday lives. The online debates and misinformation around the vaccine were triggers for  many doubters to distrust science, further pushing people towards superstitions, Hanafi explained.

He deemed the fascination with fortune-tellers around New Year’s Eve as a populist phenomenon in a society that has experienced much strife and long-lasting political deadlocks that have been paralyzing the country for decades. Uncertainty is the norm for everyday life, and Lebanese people are attracted to superstition due to the failed attempts at finding security elsewhere. Despite the fact that, generally, the predictions that turn out to be wrong are greater in number than the ones that turn outright, he explained.

“It’s a business. They examine what happened the year before and attempt to connect the dots by also using carefully worded expressions,” the professor said.