After many decades of the status quo, the Lebanese Armenian community is reluctant to abandon the traditional safety net offered by the century-old ethnic factions for opposition candidates that propose secularism without the promise of preserving cultural minority rights. 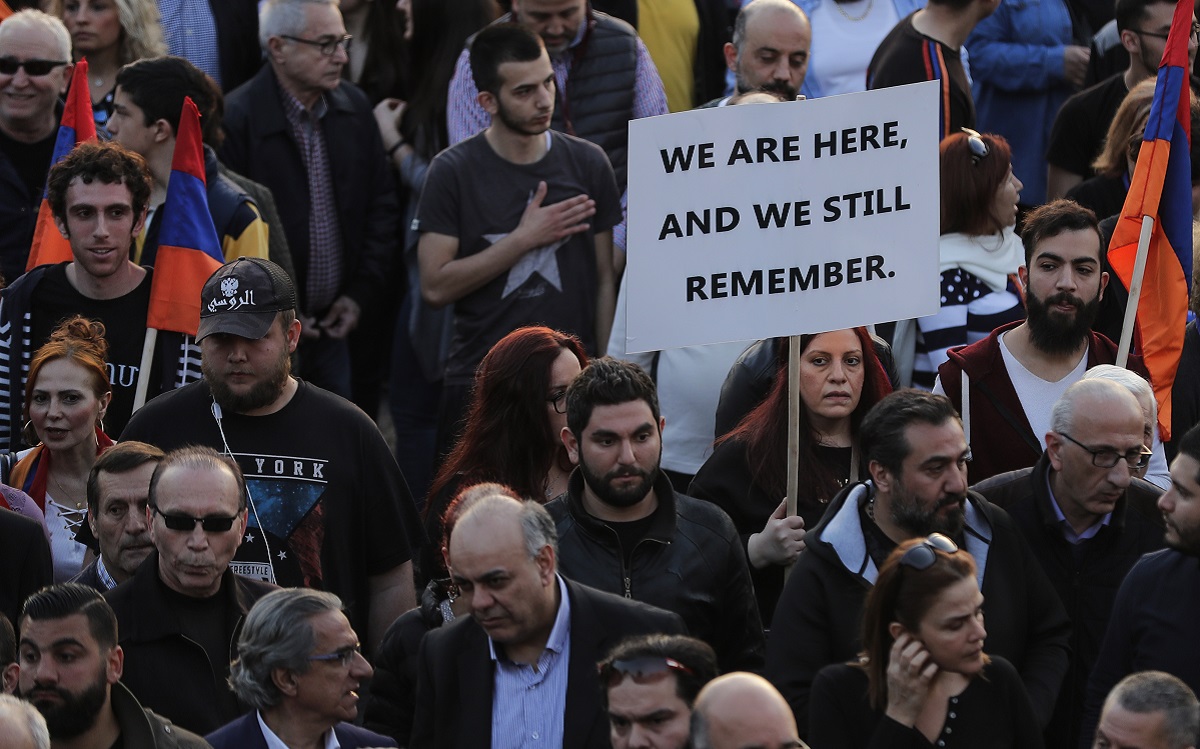 Lebanese Armenians rally with flags and placards in the capital Beirut on April 24, 2019, to commemorate the 104th anniversary of the mass killings of Armenians under the Ottoman Empire in 1915. Photo: Joseph Eid, AFP.

Marie-Caroline, a Lebanese Armenian teacher in her 60s, is still examining her options for who to vote for in May 15’s parliamentary elections.

In the past, Marie-Caroline followed her husband’s allegiance to the pro-sovereign  Armenian party, the Hunchakians, when heading to the polls in Beirut I. Now, she says she wants to explore different options.

“I haven’t been exposed to much information about the opposition nor their political program. For me, I would prefer to have someone who prioritizes change and doesn’t use his Armenian identity as an easy tool to lure Armenian voters,” she told NOW.

Born out of a war against Ottoman occupation, facing genocide at the beginning of the 21st century, and having catered to the displaced population for at least a century, the Armenian parties hold massive leverage over opposition candidates. The Armenian factions, active in the entire diaspora, not just in Lebanon, were not initially sectarian, but sought ethnic representation. However, they had to adapt to the Lebanese context and make sectarian alliances.

As a result, political experts and Armenian voters note that the current approach used by the opposition pales beside the traditional candidates running against them in the only constituencies that hold the six Armenian seats, Beirut I and Mount Lebanon II (Metn).

Being one of the largest minorities in the country, the community often feels abandoned and isolated. Their language and distinct last names made them the center of ridicule for many Lebanese, who, from their end, felt the liberty to tell the Armenians they should “go back to Armenia.”

As a result, the community is reluctant to surrender its remaining lifeline of political representation in parliament, says Marie-Caroline.

“We need representation to not be forgotten and dismissed from politics. But we are also in desperate need of politicians who don’t turn a blind eye to our issues,” she said.

Araz Bedross, a Lebanese-Armenian political activist, says that a secular approach came too soon for an apprehensive community that fears the loss of its identity and shrinking network of services.

“Our Armenian families have pledged allegiance to these parties for decades. So for the opposition to dismiss history and run against these parties, for the sake of doing so, will not grant them any support. Armenians need to feel protected in this sectarian jungle,” Bedross told NOW.

Founded in 1890 in Russian Armenia, the Tashnag Party sought to organize all Armenian revolutionary groups seeking to improve their conditions under Ottoman rule. The party established itself in Lebanon in the 1920s after the arrival of Armenians fleeing genocide in 1915.

Tashnag is by far the dominant political force in the Lebanese Armenian community. In 2005, the party joined the pro-Iranian March 8 bloc with Hezbollah, the Free Patriotic Movement, and Michel Murr, who later left the bloc led by Michel Aoun and became an independent.

In 2022, the party endorsed Beirut I candidates Hagop Terzian and Alexandre Matossian, and is officially represented by its secretary-general Hagop Pakradounian in Metn.

The Hunchakians organized in Geneva, Switzerland, in 1887 and joined Lebanese politics in 1972. Aram Malian is the party’s endorsed candidate in Beirut I.

Our Armenian families have pledged allegiance to these parties for decades. So for the opposition to dismiss history and run against these parties, for the sake of doing so, will not grant them any support. Armenians need to feel protected in this sectarian jungle.

The Ramgavar Party was established in 1921 in Constantinople, with the liberation of Armenia as its main goal. It rose to prominence in Lebanon in the 1950s, in the wake of increasing conflicts between Tashnag and the Hunchakians, and after 1990, Rafik Hariri’s Future Movement. The Ramgavar does not have any candidates running this round.

Bedross explains that these parties were the first to come to the aid of the Armenians fleeing the Ottoman genocide, and were quick to establish rapport with the Lebanese political class – ensuring the dignified integration of the Armenians into Lebanese society.

Furthermore, she says the parties have established a network of services combining cultural centers, hospitals, and schools, that safeguard Armenian ethnic representation in sectarian Lebanon.

“It is better for the opposition to join efforts with the traditional parties than to simply fight them. They can’t win the Armenian voters by disregarding their only safety nets,” Bedross said.

An ethnic minority in a sectarian system

Laury Haytayan, member of the progressive Taqaddom Party which rose out of the October 17 movement,  says that members of the community struggle to give their votes to non-Armenians, for fear of further neglect and impoverishment.

“The Armenian parties know how to capitalize on that sectarian rhetoric to deter voters from the opposition. This is all due to the sectarian system that favors tribalism over democracy,” she said.

She added that it was unjust to condense Armenian seats in just two constituencies, erasing the impact of Armenian voters living elsewhere – wary of supporting unfamiliar, non-Armenian candidates.

For Marie-Caroline, the community formed major trust issues after the Beirut port explosion. She says Armenians felt forgotten by their politicians when only NGOs showed up to help.

“Unless you’re very close to the parties, you can’t benefit much from their services. So it feels like the Armenian identity rhetoric is only used to exploit our misery, reach power positions, and what’s in it for us? nothing,” she said.

Similarly, 24-year-old teacher Alice describes opposition members as “elitist opportunists.” However, she is still adamant to vote, and even convinced her parents to choose a non-Armenian opposition list running in Beirut II.

“I’ve noticed a lot of Armenians are hopeful about these elections, which is quite shocking to me because our community is usually always in despair,” she said. .”We really want the country to get better and we want to do everything in our power to help achieve that.”

The needs of the community

Alice described living in Lebanon as “swimming upstream.” She says the community struggles with poverty, unemployment, and discrimination, and although she does not care about voting for candidates representing her own ethnic group, she desires to see candidates show genuine concern for the community.

Marie-Caroline and Alice agree that their ideal candidate would be one who is able to address Armenians’ needs without singling them out. For instance, political programs could include the trash landfill in the Armenian-dense Burj Hammoud area as part of their environmental reforms, and injecting funds into the area’s schools as part of a general rescue plan for minorities. Armenians, therefore, do not wish to be addressed solely as their sect, but they want their pains to be acknowledged.

Unless you’re very close to the parties, you can’t benefit much from their services. So it feels like the Armenian identity rhetoric is only used to exploit our misery, reach power positions, and what’s in it for us? nothing.

According to Bedross, the relationship between the opposition and the Armenian electorate became further strained on April 24. On that day, Armenians had taken to the street to commemorate the memory of the Armenian genocide, with the presence of the three traditional parties. But Armenian opposition candidates were nowhere to be seen.

An Orthodox Armenian candidate on the “Li Watani” list, Diana Ohanian, says that although she represents the Armenian community, she also favors a more inclusive secular approach.

Ohanian says that while it is important to acknowledge the past contributions of the Armenian parties to the community, they still took part in the Lebanese sectarian system based on patron-client relationships and corruption.

“I’m running not to merely score a seat and to blindly follow a party. I follow what the people need and what’s better for the community as a whole, and the country in general,” she said.

Li Watani’s political program focuses on building a decentralized secular state by “applying the constitution and laws without discretion or fragmentation, in preparation for fixing their shortcomings.”

Achieving sovereignty for them is done by restricting the carrying of arms to the Lebanese army and distancing Lebanon from the so-called “Axis of Resistance.” The program highlights the issues of women’s rights, refugees’ right to return, and strengthening the education and the health sector by implementing new financial reforms and investments.

Ohanian is running in Beirut I against Hagop Terzian, a Tashnag-supported candidate on the “We were and will remain for Beirut” list. Terzian says that his program centers on building new health centers in the district, removing redundant governmental institutions to alleviate financial pressure – like having a ministry of communication and Ogero telecom at the same time – and implementing a tax evasion law.

Terzian’s list is running with the Free Patriotic Movement in Beirut I, while Tashnag’s Hagop Pakradounian is running against them in Metn. Although Terzian is supported by Tashnag, and therefore represents them, he says he is not affiliated with the party and can not comment on the reasoning behind the alliances.

“Perhaps it is to score the most amount of seats,” he told NOW. NOW was unable to reach MP and candidate Hagop Pakradounian for comment.

Terzian, who is currently a member of parliament, says that although the opposition movements birthed from the October 17 Revolution seek to topple the entire ruling class, he leaves it to the Lebanese people to decide where he stands by examining his past work in parliament.

Tashnag Armenian MPs – Bakradounian, Terzian, and Alexander Matossian, who won their seats in 2018m made it to the FPM’s Strong Lebanon parliamentary bloc, which consists of 29 deputies and is headed by Gebran Bassil.

“We might be part of the bloc to facilitate political discussions but rest assured we’re not swayed by anyone’s influence. We, the Armenian MPs, maintain our sovereign opinion and don’t compromise for anyone,” Terzian said.

The candidate says that his contribution to the parliament this year will be determined by the readiness of his fellow parliamentarians to ditch their egotism in order to reach a consensus on the country’s reformative beginning.

“We have to keep in mind that we are parliamentarians, not ministers. Our scope of change is limited by the framework of the parliament. Therefore, we have to be realistic in our promises but also sincere in our willingness to work for the betterment of the country,” Terzian said. 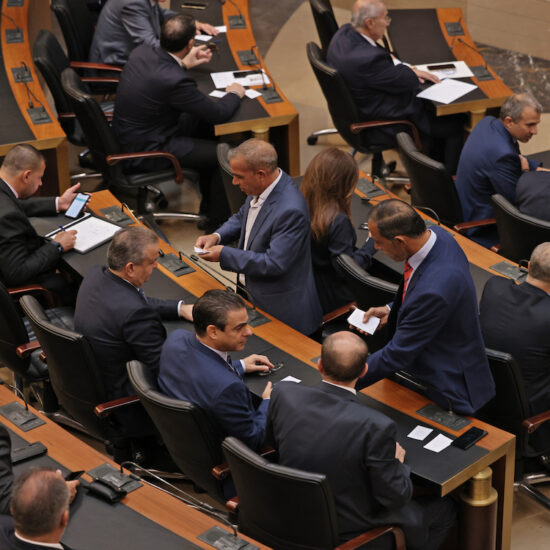 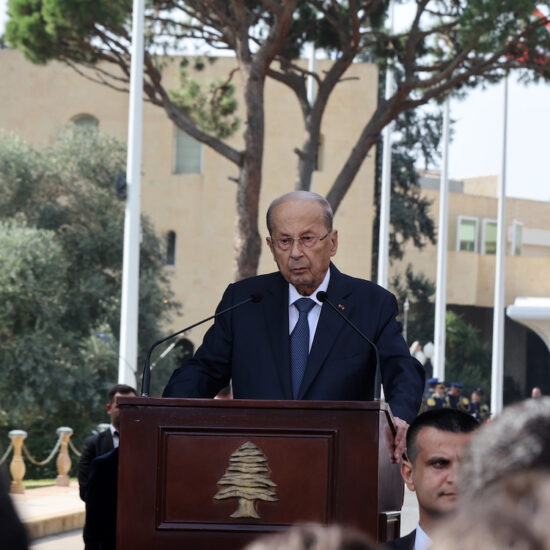 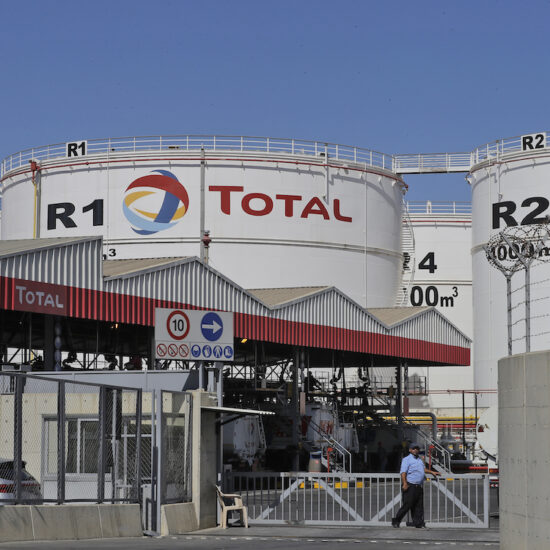