Speaking in Beirut after talks with Lebanese President Michel Aoun, EU foreign policy chief Josep Borrell said he had “a message of firmness to all Lebanese political leaders on behalf of the EU”. 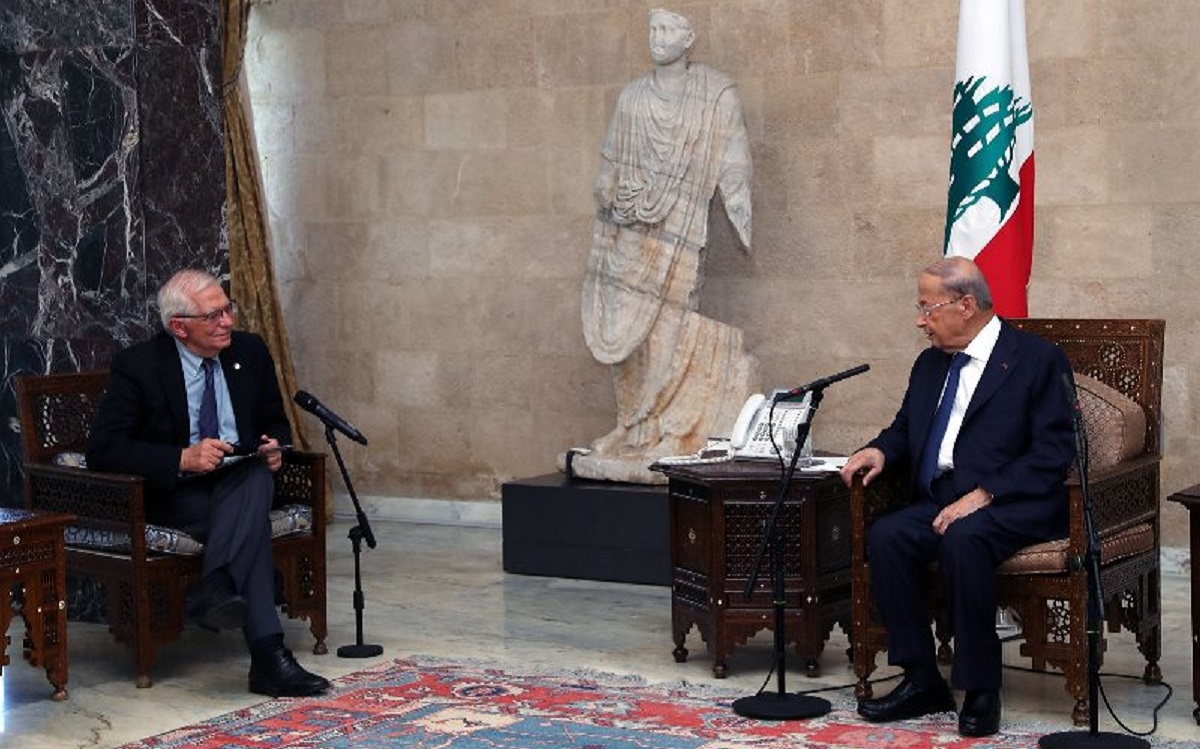 EU foreign policy chief Josep Borrell warned Saturday that Lebanese leaders could face sanctions unless they pull the country away from financial collapse and strike a deal with the IMF.

Lebanon is facing what the World Bank has described as one of the world’s worst economic crises since the 1850s.

A political crisis has left the country without a functioning government since the last once resigned after a massive explosion killed dozens and destroyed swathes of Beirut in August 2020.

Speaking in Beirut after talks with Lebanese President Michel Aoun, Borrell said he had “a message of firmness to all Lebanese political leaders on behalf of the EU”.

“The crisis Lebanon is facing is a domestic crisis, is a self-imposed crisis, not a crisis coming from abroad or from external factors,” he said.

“The Lebanese leadership must take its responsibility… a government must be formed and key reforms implemented immediately.”

The EU’s foreign policy chief said the bloc was willing to help Lebanon engage in reforms but only after a deal is struck with the International Monetary Fund.

“Only an urgent agreement with IMF will rescue the country from a financial collapse… and there is no time to waste,” he said.

“You are on the edge of a financial collapse.”

But Borrell added that should “further obstructions to solutions” emerge, the EU “will have to consider other courses of action as some member states have proposed”.

“The council of the EU has been including other options, including targeted sanctions… we prefer not to go down this road… but it is in hands of the Lebanese leadership,” Borrell said.

In April France imposed sanctions by restricting the entry on its territory of Lebanese figures it says are responsible for the political crisis.

Foreign Minister Jean-Yves Le Drian said at the time that talks were underway with France’s EU partners on how to increase pressure on Lebanese who are “obstructing a way out of the crisis”.