According to diplomatic sources, Germany and France are vying to lead reconstruction efforts with support from the European Investment Bank. 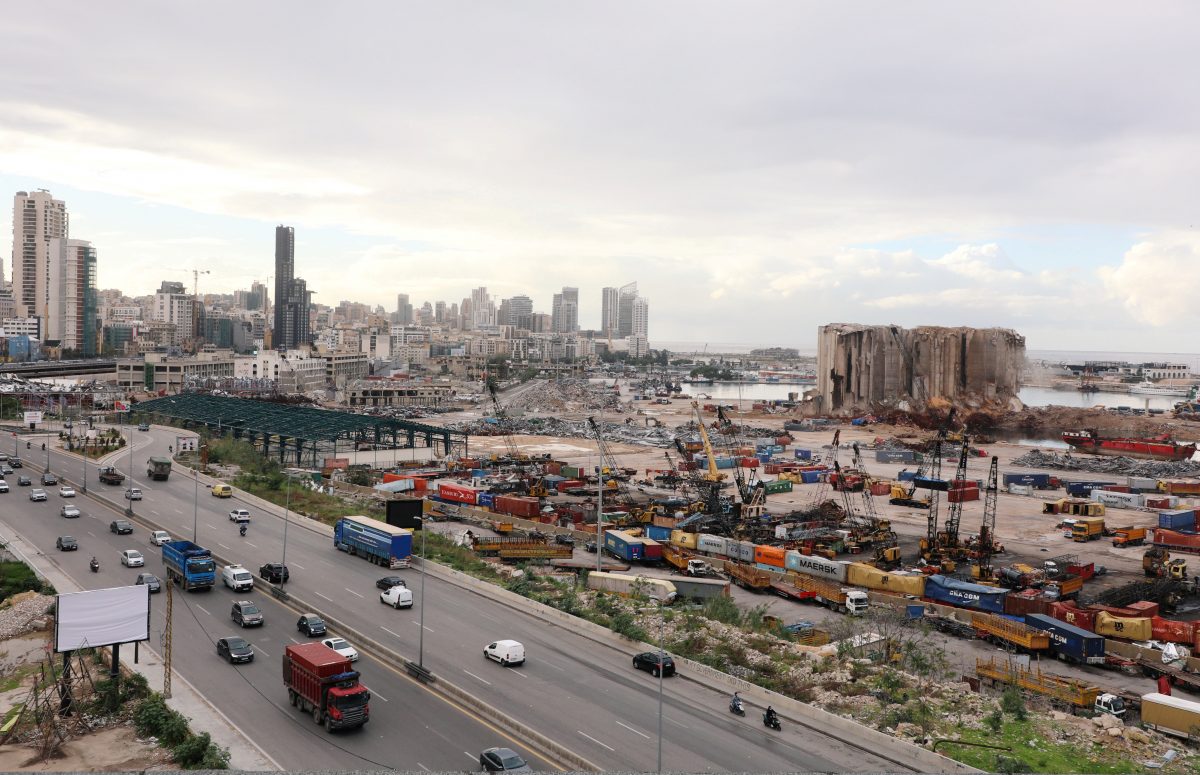 Vehicles drive near the site of the August 4 explosion at Beirut port. PHOTO: Mohamed Azakir/REUTERS

Germany will next week present a multi-billion-dollar proposal to Lebanese authorities to rebuild the Port of Beirut as part of efforts to entice the country’s politicians to form a government capable of warding off financial collapse, Reuters reports, quoting two diplomatic sources.

A chemical explosion at the port last August killed 200 people, injured thousands and destroyed entire neighborhoods in the Lebanese capital, plunging the country deeper into its worst political and economic crisis since the 1975-1990 civil war.

According to two diplomatic sources with knowledge of the plans, Germany and France are vying to lead reconstruction efforts. Berlin will on April 7 outline its proposal, which the diplomats said would in principle include support from the European Investment Bank (EIB), to help fund the clearing of the area and reconstruction facilities.

An EIB spokesman said it was aware of the proposal put forward by the port of Hamburg and its consultancy team for the reconstruction of the port of Beirut and surrounding areas.

“However, there currently is no financing offer by the EIB. Any EIB financing would be subject to due diligence and have to follow the Bank’s usual processes for such operations,” he said.

It would also need to comply with the EIB’s procurement guidelines, environmental and social standards, he said.

“The Bank stands ready to support the Lebanese people and reconstruction efforts as part of Team Europe and alongside its partners, the international community and all stakeholders.”

One of the sources estimated EIB funding could be in the range of 2 billion to 3 billion euros.

A senior Lebanese official confirmed that Germany was due to present a comprehensive port reconstruction proposal.

Neither the German foreign ministry nor consultancy firm Roland Berger, which the diplomatic sources said put the plan together, responded to requests for comment.

The two diplomatic sources said Lebanon’s political elite first need to agree on the make-up of a new government to fix public finances and root out corruption, a condition which donors, including the International Monetary Fund, are also insisting on before they will unlock billions of dollars in aid.

“This plan is not going to come without strings attached,” said one of the sources. “Germany and France want first to see a government in place committed to implementing reforms. There is no other way around it and this is good for Lebanon.”

Eight months after the port disaster, many Lebanese who lost family, homes and businesses are still waiting for the results of an investigation into the causes of the blast. Lebanon is on the verge of collapse, with shoppers brawling over goods, protesters blocking roads, and businesses shuttered.

Foreign donors have said the new government must have a firm mandate to implement economic reforms, including a central bank audit and an overhaul of the wasteful power sector.

Prime Minister-designate Saad al-Hariri and President Michel Aoun have been unable to agree on a ministerial line-up, however. The outgoing cabinet, which quit after the explosion, has stayed on in a caretaker capacity.

The IMF has said there have been no programme discussions with Lebanese officials, only technical assistance with the Ministry of Finance and some state-owned enterprises.

In addition to the port itself, Germany’s proposal would look to redevelop more than 100 hectares in the surrounding area in a project that the two diplomatic sources said would be along the lines of the post-war reconstruction of central Beirut.

As in that redevelopment, the plan would involve the creation of a publicly-listed company similar to Solidere, which was set up by former Prime Minister Rafik Hariri in the 1990s and remains on the Lebanon stock exchange.

The sources put the project cost at anywhere between $5 billion to $15 billion, and said it could create as many as 50,000 jobs.

One of the diplomatic sources said that France had sent several missions, including one in March that included CMA CGM, that showed an interest in playing a role in the reconstruction. That mission focused on specific clear-up operations rather than a broader redevelopment, however, the source said.

The French foreign ministry and CMA CGM declined to comment.

The Lebanese official put the onus for getting the project underway on the Europeans agreeing who would be the lead.

“This is a European decision at the end of the day, because they have to decide on it among themselves. Then when it comes to it, the Lebanese government can go ahead,” the official said.