How Lebanon’s rich got richer

The recent financial and banking crisis created one of the greatest shifts in wealth that has ever occurred in Lebanon’s history. 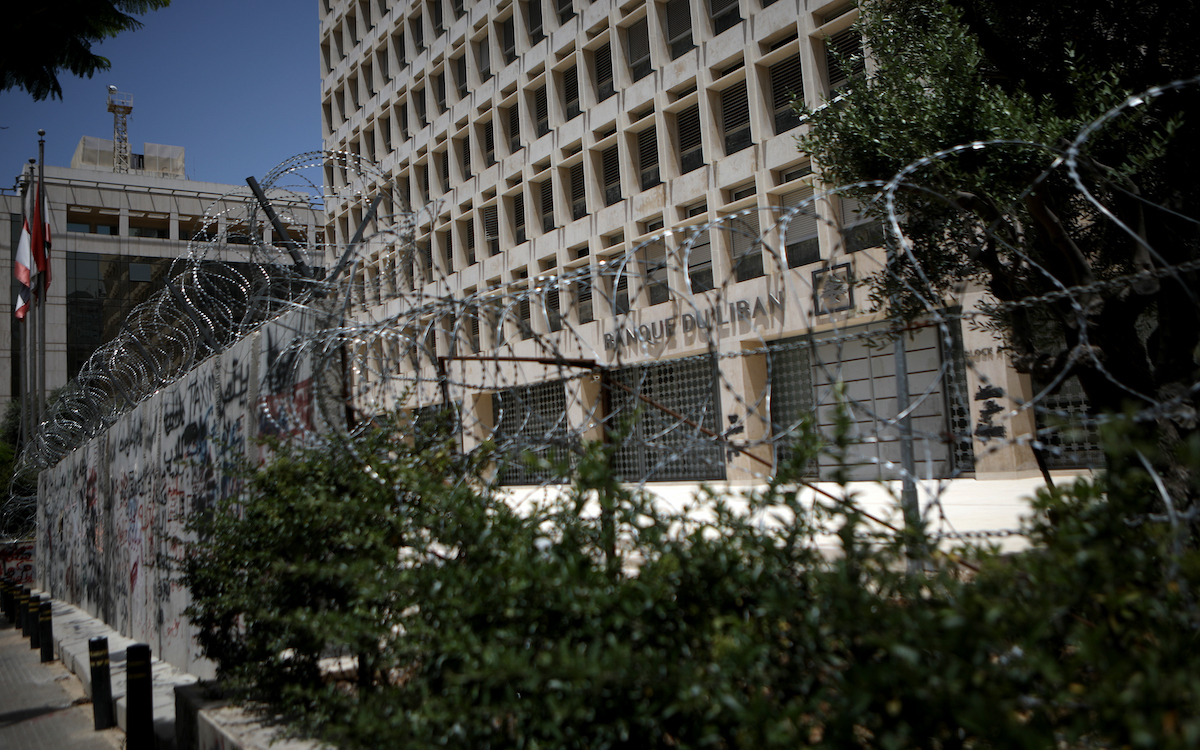 This picture taken on May 20, 2020 shows a view of the fortified entrance of the Banque du Liban, Lebanon's central bank, in the capital Beirut. A Lebanese prosecutor on May 18 charged the director of monetary operations at the central bank, Mazen Hamdane, with manipulating the exchange rate, a judicial source said, as the country struggles with a major currency crisis. The top central bank official was arrested the previous week as part of a currency crisis probe that has seen dozens of money changers detained in recent weeks. Photo: Patrick Baz, AFP.

When the crisis hit in 2019, just as banks shut their doors to depositors, debt in the commercial banking sector stood at 38 billion USD. Out of that 38 billion, 32 billion were loans made to the corporate sector.

Banks generally make money by borrowing money from depositors and compensating them with a certain interest rate. The banks will then lend the money out to borrowers, charging the borrowers a higher interest rate and profiting off the interest rate spread. That is, in simple terms, how a bank makes money.

The depositors in the Lebanese banking sector, or rather the “Savers,” were people that worked in the services sector and had a bit more disposable income to put aside. Think doctors, lawyers, and such professionals. They saved up whether for their retirements, their children’s education, for an apartment, or for family holidays. The middle class, and especially the upper middle class, were the natural savers.

Surely the wealthy also possessed cash savings. However, the wealthy were also big borrowers from the system. Banks generally tend to lend more to the wealthy because of the lower risk of default on the loans and/or because the wealthy have more assets to put up as collateral for loans. Furthermore, if you were an ultra high net worth individual, it is probable that your money would have been parked in banks in Switzerland, the UK, or elsewhere abroad, rather than in Lebanon.

In Sept 2019, outstanding loans in foreign currency in Lebanese banks stood at 38 billion USD (figure cited from the central bank website).  In June 2022, that figure dropped to 12.8 billion USD. What that means is that the debt paid back to commercial banks totaled 25.2 billion USD.

This would be a great number had this money been repaid back in real dollars, or, at best, at the current market dollar rate. But unfortunately, it wasn’t.

While the dollar hit 20,000 that money was being repaid back at the 1,500 or 3,800 exchange rates, or by way of cheque to the effect of 30% of the total loan. All in all, while it is very hard to figure out what loan was paid at what amount, it is noted on the statements of the central bank that the 25.2 billion USD was actually returned as 7.56 billion USD in real dollars.

That amount is the depositors’ money that evaporated in the process, and that’s what I refer to as the shift of wealth from the middle class to the wealthy. This is simply how the rich got richer.

The middle class not only lost their deposits and lifetime savings, but they are also highly likely to have lost their pension funds in one of those orders of labour too.

Who gained this 17.64 billion USD difference? It is estimated that 30 of the top Lebanese holding companies (note a holding company can have many companies under their umbrella) gained that money, as most of the corporate loans were extended to the top 30, in addition to PEPs (Politically Exposed Persons) who had borrowed from the banks in the names of their corporate bodies without any collateral to the bank. Generally, in the banking sector, 80% of corporate loans would always be lent out to the top 20-30 companies or conglomerates.

Hence what we see today is Lebanese companies that were overladen with debt in 2018-19 and in dire straits rise up from the ashes to a net profit position as they continue to sell abroad in dollars while their net debt positions had been reduced to zero. It is worth noting that the commercial banking sector has no corporate loans at the moment.

Most PEPs today also have their businesses abroad. They are returning revenue in dollars and have repaid their Lebanese foreign currency loan at a fraction of the money they borrowed. If you do the math, the average loan was returned at 30% to the dollar.