The only way UN assistance can reach Syria’s northwest is through Bab al-Hawa crossing on the Turkish border. 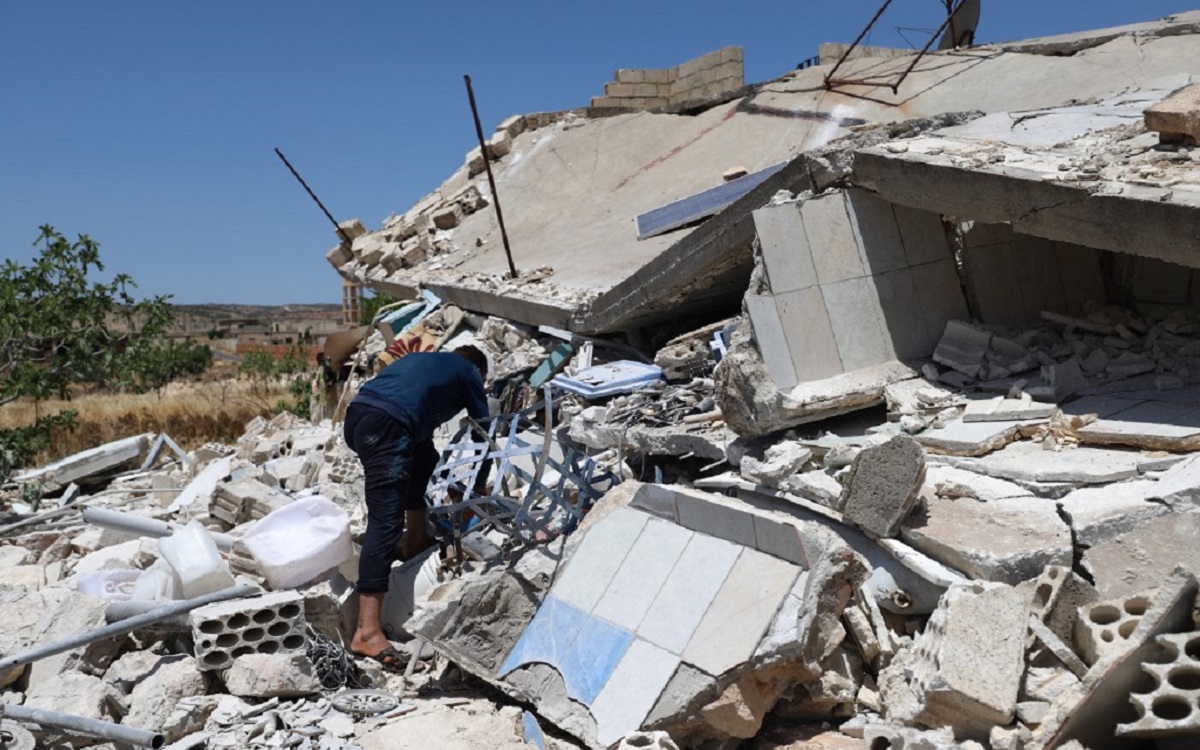 A man looks through the rubble of a destroyed house in the village of Iblin in the Jabal al-Zawiya region in Syria's rebel-held northwestern Idlib province on June 10, 2021, following reported bombardment by government forces. Syrian regime shelling on the opposition-held Idlib enclave killed 10 people, one of the deadliest violations of a 15-month-old ceasefire, a war monitor said. Photo: Abdulaziz ketaz, AFP

The only way UN assistance can currently reach Syria’s northwest is through Bab al-Hawa crossing on the Turkish border, where about 1,000 trucks enter monthly.

In 2014, the UN Security Council allowed aid operations to cross at four points but last year, after objections from Russia and China, this was reduced to just Bab al-Hawa.

The resolution on humanitarian aid access to Syria expires on July 10 and is up for a Security Council vote before then.

“Shutting down the only remaining UN lifeline into northwest Syria would cut off millions of people from aid and unleash a humanitarian calamity,” HRW’s Gerry Simpson said.

“The people of northwest Syria, and millions of others in the northeast, should receive help, including Covid-19 vaccines and other crucial healthcare supplies, through all possible routes,” he said in a statement.

Moscow, which supports Damascus, says the UN mandate on the border violates Syria’s sovereignty and it has indicated it wants to close Bab al-Hawa when the current provision expires.

UN Secretary-General Antonio Guterres said in March that a Bab al-Hawa closure would halt the distribution of Covid-19 vaccines, as well as food and medicine deliveries, across the northwest.

Much of the Idlib enclave is controlled by Hayat Tahrir al-Sham, a jihadist organization that includes ex-members of Syria’s former Al-Qaeda franchise.

It is home to more than three million people, half of whom have been displaced from other parts of the country.

According to HRW, authorities in Damascus regularly obstruct aid deliveries from within Syria.

“It is shocking that the idea of abandoning millions of aid-dependent Syrians is even on the UN Security Council’s table,” Simpson said.

“All of its members, including Russia, should focus on saving lives, not sacrificing them for political gain,” he said.

The Syrian conflict has killed nearly 500,000 people since it started in 2011 with a brutal crackdown against peaceful demonstrations.

A severe economic crisis has compounded the country’s woes, with the majority of Syrians now living in poverty.

According to the World Food Programme, 60 percent of the population is now food insecure.

“Bab al-Hawa is the last lifeline preventing a humanitarian catastrophe for millions of people in Syria,” the UN chief’s spokesman Stephane Dujarric said this week.

“A large-scale cross-border response for an additional 12 months remains essential to save lives.”