With the war in Ukraine blocking wheat imports to the Middle East and North Africa, people in several countries, including Lebanon, are at risk of going hungry, as their governments have long lacked effective policies to ensure food security despite warnings, Samara Azzi writes. 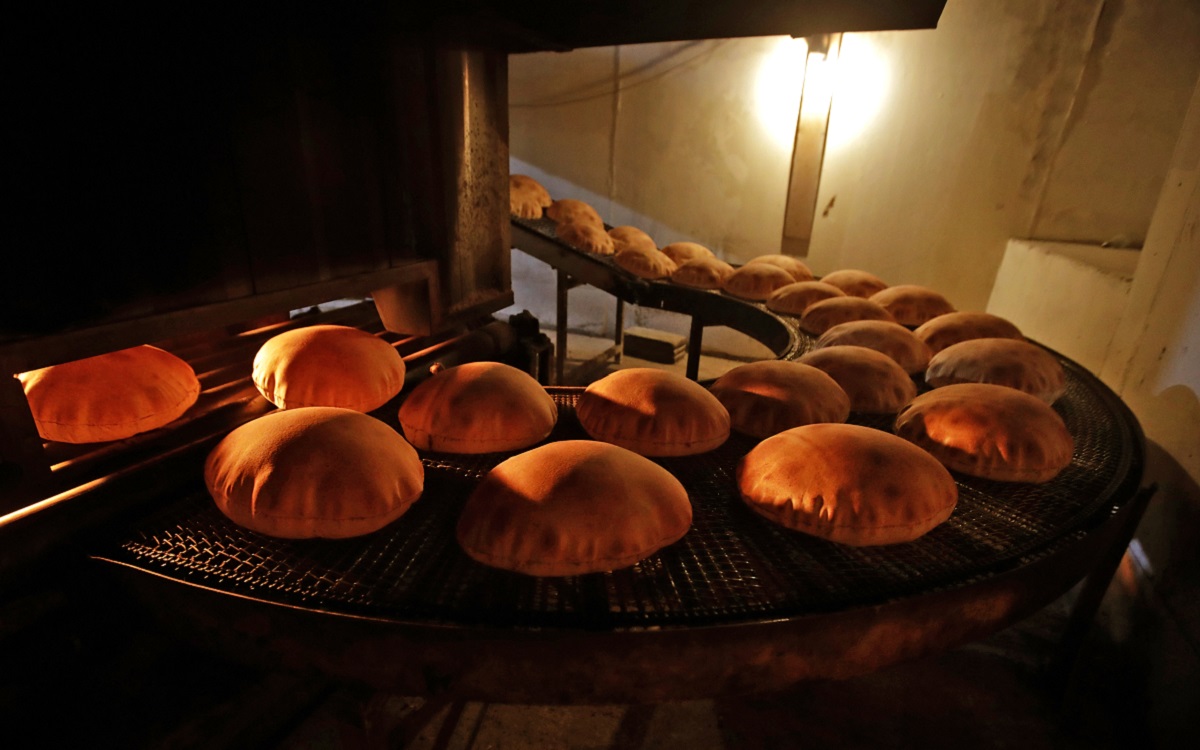 Freshly-baked bread moves along a production line out of an oven at an automated bakery in Lebanon's capital Beirut. Russia's invasion of Ukraine could mean less bread on the table in Egypt, Lebanon, Yemen and elsewhere in the Arab world where millions already struggle to survive. The region is heavily dependent on wheat supplies from the two countries which are now at war, and any shortages of the staple food have potential to bring unrest. Photo by Joseph Eid/ AFP.

Heightened conflict between Russia and Ukraine could have serious consequences in the Middle East and Africa. Besides energy disruptions, it will exacerbate food insecurity in the region.

Among the MENA countries, Lebanon is the most vulnerable. It is already facing a crippling economic crisis and the devaluation of the local currency, the pound, has seen prices of basic necessities, including bread, rise at least 5 times.

But the all-out war in Ukraine has prompted a sharp increase in global energy and wheat prices.

This could have a devastating humanitarian impact on already fragile states in the Levant and North Africa, whose governance problems could worsen.

Regional states, like Iraq, Lebanon, and Syria which find themselves in the axis of misery, are already struggling economically but could find themselves even weaker and more vulnerable to external pressure.

These dynamics are especially dangerous in a region where rising bread prices have so often been an indicator of political upheaval and broader turmoil.

Russia’s war in Ukraine has significantly affected wheat exports from the two countries, which account for nearly 29 percent of the global supply. At a time when food prices are rising largely due to pandemic-related supply chain disruptions, this would further increase the threat of food insecurity.

The region has some of the highest levels of food insecurity in the world, and further price increases could deepen humanitarian crises and feed wider unrest.

In a region dealing with some 4.4 million Syrian refugees between Jordan, Iraq and Lebanon plus  Turkey (3.6m alone) , where bread is a staple of Syrian culture, this could prove more devastating. No one will be spared from these effects.

States that are hovering dangerously close to famine, such as Yemen and Lebanon (both major buyers of Ukrainian wheat), would face the worst consequences.

Beirut has not had a wheat storage facility since the explosion of the port in August 2020.  No immediate solution has been proposed by the government to the import of wheat. The Lebanese government is currently seeking $20 million a month in US aid to buy wheat from alternative sources, including Ukraine’s neighbor Romania, and store it at the source, until space is freed in Lebanon. But any deal is still unclear, and without donations, Lebanon may face famine.

Moreover, the supply is scarce. Jordan held a public tender on Thursday, but there was no bidder. Noone is selling wheat. The prices are also skyrocketing.

Rising prices would also pose a threat to countries such as Libya and Egypt, which import essential supplies from Ukraine. Tunisia and Algeria, where rising food costs have often sparked popular anger, will also be hit. All these states will be looking on warily if the Ukraine war lingers.

In Egypt where some 30 percent of Egyptians fall beneath the government’s poverty line, with incomes below 857 pounds ($54.73) a month, bread remains subsidized by the government.  Only last August, the Egyptian government raised the price of bread for the first time in 44 years in an attempt to relieve budgetary pressures.  Bread subsidies will now weigh even heavier on the Egyptian budget.

An attempt in 1977 by then-President Anwar Sadat to increase bread prices set off deadly riots across Egypt that did not subside until the decision was rescinded.

How did we get here?

In Lebanon, bread riots occurred in 1987. After 12 years of civil war, on August 27 of that year, the Lebanese pound fell 300 to 1. Riots sparked in Beirut and spread to other cities over the next few days. The Arab spring of 2010 was prompted by the rising cost of living.  In 2022, we seem to find ourselves in a similar situation.

Most of the bread riots were preceded by international financial organizations imposing austerity measures on the countries that negotiated loans (Tunisia and Egypt in 1983-1984) or had defaulted on debts (such as Jordan in 1996).

You can attribute in part the food insecurity issues of the region to policies brought to us by the World Bank and the International Monetary Fund which included the reduction of agricultural subsidies and the encouragement of production of fruits and vegetables for export, at the expense of investing in local grain production.

This could have a devastating humanitarian impact on already fragile states in the Levant and North Africa, whose governance problems could worsen.

Let us also remember that there are 3 trading giants with deep lobbying pockets in the US, Cargill, ADM and Bunge currently control 90 percent of the global grain trade.

If we do not improve our food security, we will remain hostages to these giants and foreign wars.

The Egyptian government has already decided to support farmers who produce wheat instead of companies that import it.

Bread is a primary staple in the Middle East, particularly for lower-income families.  For many, in Lebanon, in the middle of the crippling economic crisis, the man’ouche with zaatar is breakfast, lunch and dinner. Look out for its price tripling as soon as government subsidies gradually vanish.