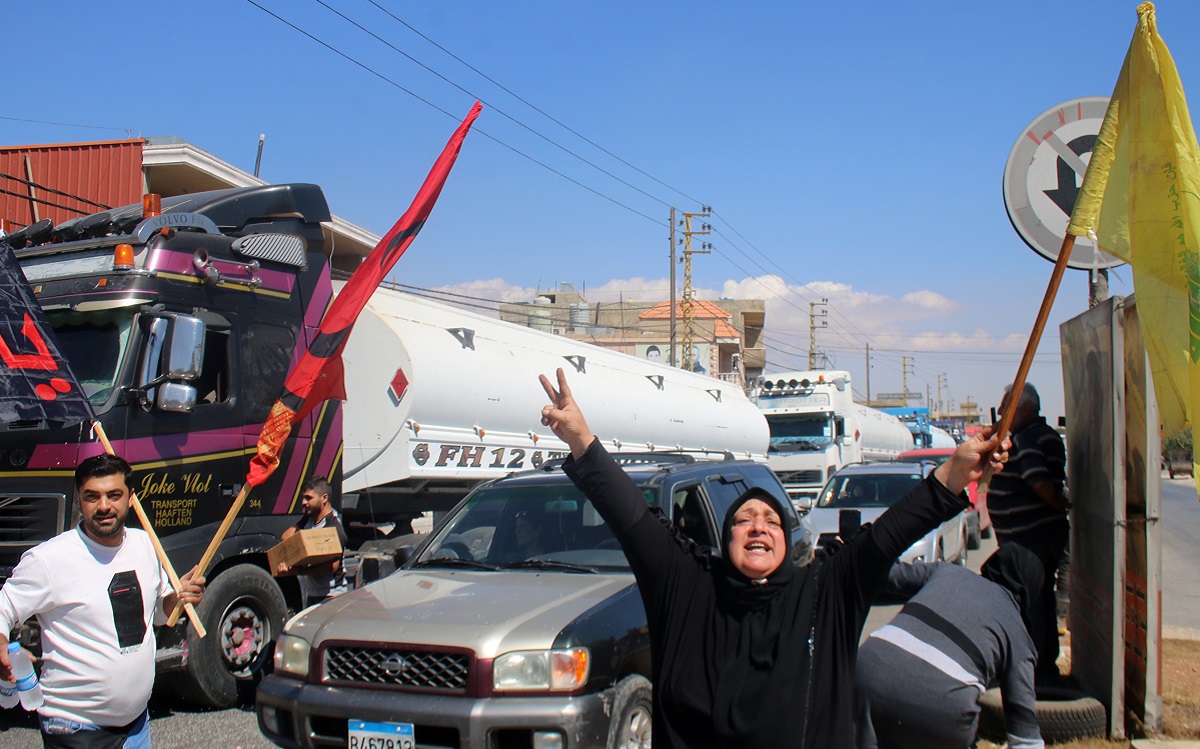 Hezbollah supporters in the regions of Hermel and Baalbeck on Thursday welcomed a convoy of fuel tankers loaded with fuel Hezbollah has imported from Iran, despite international sanctions.

As they entered from Syria through an illegal crossing in the eastern region of Hermel, the trucks were greeted by Hezbollah supporters waving the group’s yellow flag and ululating women tossing rice and rose petals.

Hassan Nasrallah, the Iranian-backed group’s leader, had promised in August he would bring fuel from Iran to alleviate the rationing that is sowing chaos across the country.

Lebanon defaulted on its debt last year and can no longer afford to import key goods, including petrol and diesel to power generators.

A first Iranian ship reached the Syrian port of Baniyas earlier this week. The cargo was offloaded there and trucked to Lebanon, the first of several planned deliveries.

A total of 80 trucks carrying four million litres (more than one million gallons) of petrol entered Lebanon on Thursday and were expected to fill the tanks of Al-Amana, a fuel distribution company which is owned by Hezbollah and has been under US sanctions since February 2020.