Hezbollah’s Al-Manar television said Israeli aircraft carried out two strikes at around 12:40 am outside the town of Mahmudiya, some seven miles from the border. 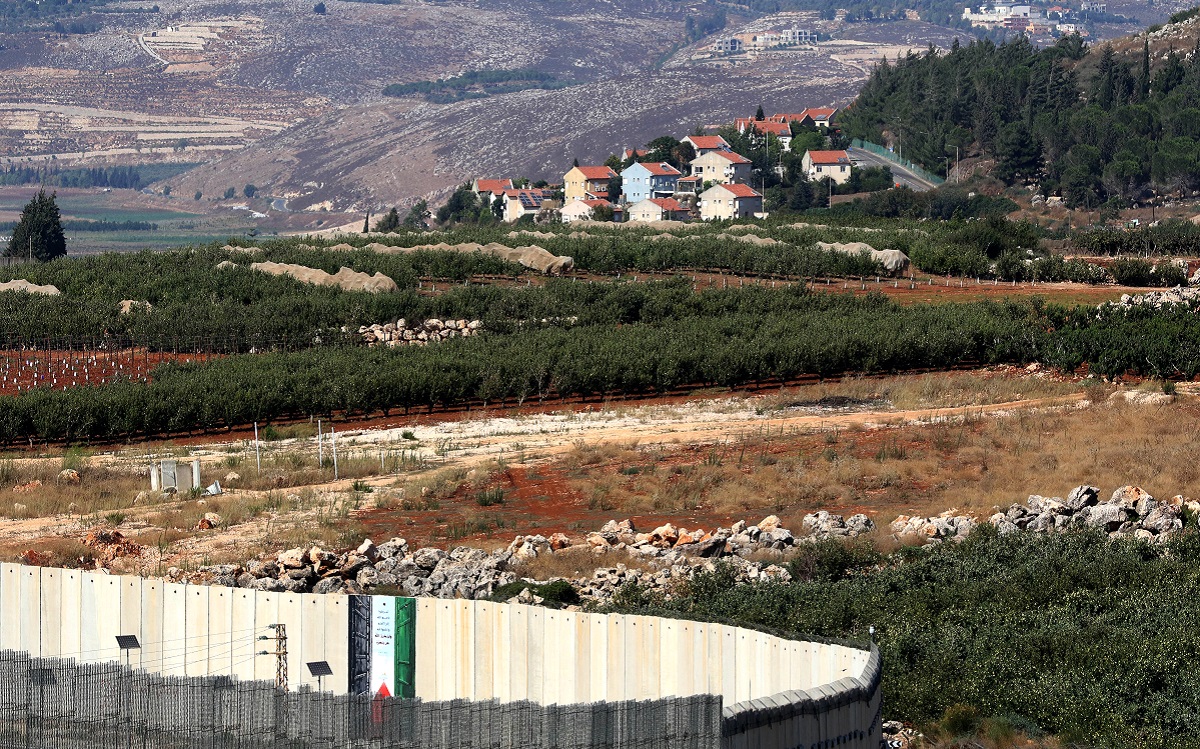 A picture taken on August 27, 2019 near the southern Lebanese village of Kfar Kila shows the border wall with Israel, with the Israeli city of Metulla in the background. Photo: Mahmoud Zayyat, AFP

The Israeli air force said it carried out its first air strikes on neighboring Lebanon in seven years Thursday following a second day of rocket fire across the border.

“In response… fighter jets struck the launch sites and infrastructure used for terror in Lebanon from which the rockets were launched.

“An additional target in the area from which rockets have been launched in the past was struck as well.”

Israeli aircraft routinely strike Palestinian militant targets in Gaza and suspected Hezbollah or Iranian targets in Syria but it was the first time since 2014 that they had hit targets in Lebanon, the air force confirmed.

Al-Manar television, owned by Hezbollah, said Israeli aircraft carried out two strikes at around 12:40 am (2145 GMT) outside the town of Mahmudiya, some seven miles from the border.

It was the second straight day that Israel had reported rocket fire from Lebanon.

Three rockets were fired on Wednesday, two of which reached Israel, striking near the northern town of Kiryat Shmona, where four people were treated for “stress symptoms”.

In response to that attack, the Israeli army carried out three rounds of retaliatory shelling of south Lebanon.

It triggered multiple brush fires in the tinder-dry conditions but there were no reports of casualties.

It said it was investigating who fired the rockets.

The exchange came as thousands of grief-stricken Lebanese marked the first anniversary of a devastating explosion in Beirut port that killed at least 214 people and irreparably scarred the nation’s psyche.

The then government resigned in the face of a wave of popular anger but a year later, despite a worsening economic meltdown, no replacement administration has been formed.

Israel has warned repeatedly that it will not allow the power vacuum in Beirut to undermine security on its northern border.

The military said it “views the state of Lebanon as responsible for all actions originating in its territory, and warns against further attempts to harm Israeli civilians and Israel’s sovereignty.”

The UN peacekeeping force UNIFIL, which has been deployed in Lebanon since 1978 and has patrolled the border since a devastating conflict between Israeli and Hezbollah in 2006, called for restraint from all sides.

“UNIFIL’s head of mission and force commander, Major General Stefano Del Col, was in immediate contact with the parties,” the force said in statement Wednesday.

“He urged them to cease fire and to exercise maximum restraint to avoid further escalation, especially on this solemn anniversary.

“It is imperative to restore stability immediately so UNIFIL can begin its investigation.”.