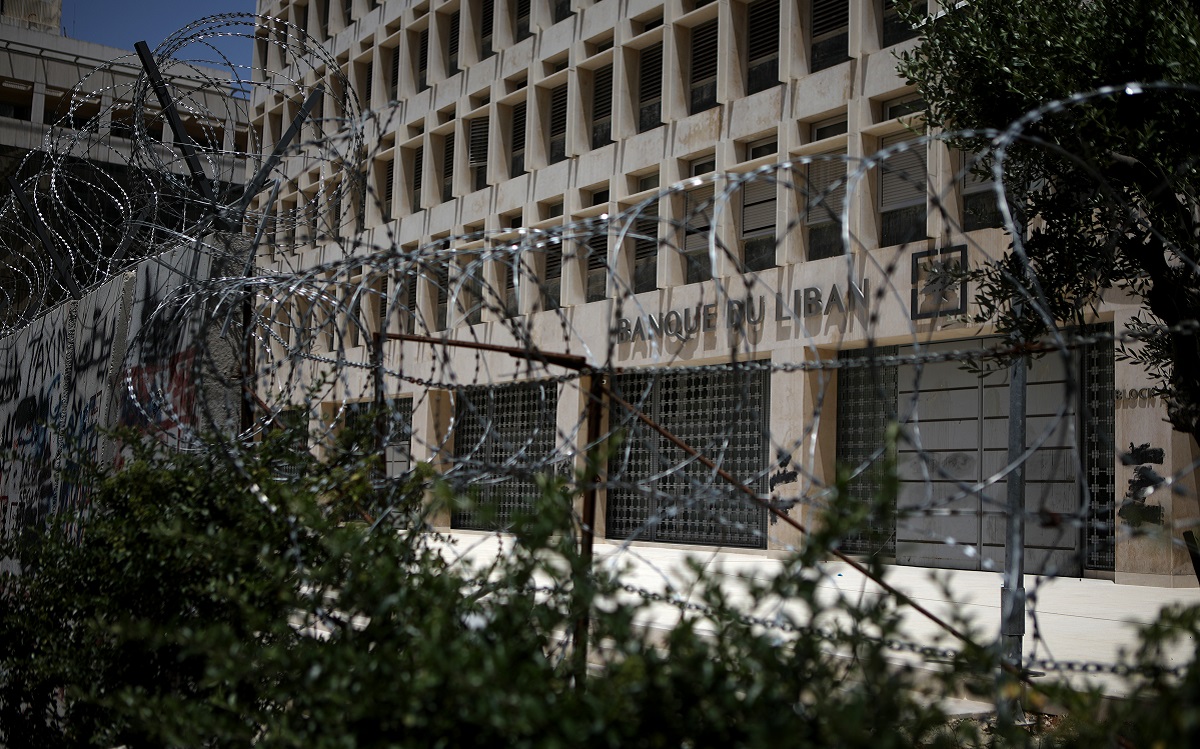 This week’s roundup was supposed to start with reflections on justice. Or, better said, the absence of it in Lebanon. The fact that two people wounded in the August 4, 2020 explosion died a year and eight months after the disaster. Beirut now counts 230 victims of government incompetence, hundreds more who remain with permanent injuries, and thousands who relive the trauma at every single loud noise.

But while the justice system is a tool to silence unwanted criticism and stage political vendettas at most, somewhere else the wheels are turning.

A few countries in Europe have taken the lead in investigating Lebanese politically exposed persons. France, Germany and Luxembourg have seized properties and frozen assets worth 120 million euros ($130 million) in a major operation linked to money laundering in Lebanon, the EU’s justice agency, Eurojust, said Monday.

Judicial authorities in Germany seized three properties (one in Hamburg and two in Munich). Shares in a property company based in Düsseldorf were also secured. In addition to the properties, the current value of which is estimated at around EUR 28 million, further assets of around EUR 7 million were seized throughout Germany.

In France, authorities seized two real estate complexes in Paris with a combined value of EUR 16 million, as well as several bank accounts in France (EUR 2.2 million) and Monaco (EUR 46 million), and a building in Brussels worth EUR 7 million.

A spokesperson for the Munich I Prosecutor’s Office told our Colleague Nicholas Frakes that the investigation targeted Lebanon’s Central Bank governor Riad Salameh and his entourage.

It’s a start. To be continued… We hope.

A match of ping pong: The Lebanese Supreme Court removed the ban on transfers imposed on a group of commercial banks by investigative judge Ghada Aoun last week.

A change of mind: Culture minister Mohammad Mortada (Amal Movement) had decided to classify the ruins of the Beirut port silos damaged in the 2020 blast as a historical monument. He then decided that, in fact, he doesn’t mind demolishing them and replacing them with some other generic monument. Megaphone exposed his indecision.

Two more victims: Two women wounded in the August 4 2020 explosion succumbed to their wounds over the weekend: Julia Audi and Rita Hardini.

Meanwhile, the investigation is still on pause.

But two of the former dignitaries charged with negligence in office are running for a new MP mandate that offers them the necessary immunity to escape justice.

Meanwhile, justice in general, and the investigation of the biggest non-nuclear blast in known history in particular, are not even topics debated in the electoral campaign.

October 14 clashes: The investigative judge leading the probe into the October 14 2021 clashes of Ain el Remmaneh, which left 7 dead and over 30 wounded, decided to indict Christian Lebanese Forces leader Samir Geagea. His party has refuted the indictment. The decision was also criticized by Lebanese netizens because the judge did not indict any Hezbollah or Amal Movement members, despite footage of them carrying heavy weaponry.

If one wanted to fit life in Beirut in one single phrase, this would be it:

Driving all around Beirut in search of an open gas station means I have now memorized the location of every Makhzoumi poster and the specific topic it tackles at each location.

Shortages of everything, constantly increasing prices for utilities, lack of cash, useless bank cards, skyrocketing prices for utilities and especially electricity generators. An overall ominous feeling that the worst is yet to come, especially with the war between Ukraine and Russia promising to increase fuel prices and throw us into a wheat crisis within a few months. And the promise of a new beginning after the May 15 elections, although it’s highly unlikely that the fight against corruption is anywhere near to its inception. That is a summary of life in Beirut as spring starts to settle in, after two snow storms in March.

Political groups are still negotiating the final lists and alliances for most districts before the deadline of April 1. It’s late. There is no time for real campaigning, especially for independents who are new to politics and lack proper funding. So-called establishment parties, which are sectarian groups feudally organized, mimic campaigning by repeating the same wooden language as ever.

Vegetarians, but not by choice: The price of imported red meat has increased fivefold, with some cuts costing more than the monthly minimum wage of 675,000 Lebanese pounds ($33).

As a result, dietary habits have changed and plant-based dishes — a popular part of Lebanon’s Mediterranean cuisine — are now a main course in many households.

Mikati in Doha: Lebanese PM Najib Mikati announced at the Doha Forum that Lebanon is set to restart diplomatic relations with the Gulf states “really soon”.

Meanwhile, in Myanmar: Mikati’s company M1 finalized the deal with Norway’s Telenor. Telenor is leaving the Burmese market because it has a problem with the military government requesting private user data. M1 doesn’t have that problem.

Imminent or not: A nuclear deal between Iran and the West has been deemed imminent by various sources, despite the US denying that it is a done deal in order to reassure Israel. This may seem a relief for the Iranian economy, but it’s also a relief of scrutiny for all the IRGC operations across the region. And in some countries, especially Iraq, its local clients are hunting down and killing teens for as little as having long hair.
Nicholas Frakes looked at the situation and spoke to analysts in Beirut as well as critics of the deal in Washington.

Podcasts:
Ronnie Chatah sat for this week’s The Beirut Banyan with Elias Hankash from Kataeb to talk about upcoming elections and how his party is positioning itself alongside the opposition.

Sarde after Dinner talked to photographer Eli Rezkallah about dealing with loss, people and small things left behind, and emigration.

Many thanks to Nicholas Frakes.