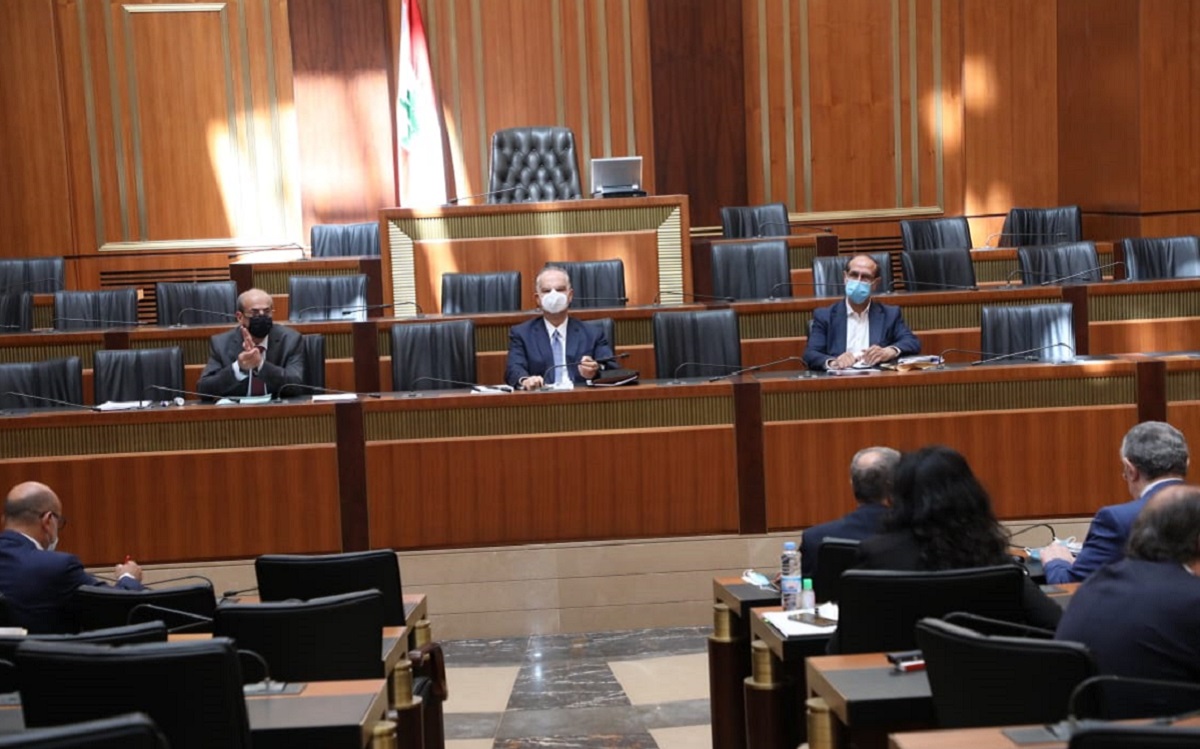 Lebanon’s Parliament Administration and Justice Committee president George Adwan said that the Lebanese Army, which is in charge of the technical border demarcation, has confirmed that the claim is legitimate. Photo: National News Agency.

The Lebanese Parliament Administration and Justice Committee announced on Tuesday that it supports a ministerial decree expanding the area that has held up hydrocarbon exploration in a potentially gas-rich area claimed by the Mediterranean country in a maritime border dispute with Israel, the National News Agency reported.

The head of the Committee MP George Adwan said the Parliament body will submit a recommendation to the General Assembly in order to ask the caretaker government to convene and discuss the technical terms of the amendment.

Lebanon’s outgoing Public Works minister Michel Najjar announced last Monday that he has signed a decree to push Lebanon’s maritime border towards the south which would formally extend Lebanon’s claims by 1,430 square kilometers.

“We will not give up any inch of our homeland or a drop of its waters or an inch of its dignity,” Najjar said.

Adwan said on Tuesday that he found out about the ministerial decree from the media and that he believes this is not a new claim from the Lebanese side and that it was incorrectly portrayed as a change in the Lebanese stance on the matter.

“I called the army commander, who confirmed it to me and told me that the army technicians have been studying the issue for some time now from a technical and legal perspective and this led to Line 29. He stressed that negotiations are taking place and will take place while they are still determined in their position,” Adwan said during the session.

Lebanon’s move, which has been deemed unilateral, may put more pressure on US mediation efforts, as Israel is unlikely to recognize Beirut’s extension of the disputed area.

In October 2020, negotiations between Lebanon and Israel were launched to resolve the conflict. The talks, which were the culmination of three years of US diplomacy, have since stalled.

During his visit to Beirut last week, Under Secretary of State for Political Affairs, David Hale pledged Washington’s support in helping solve the border dispute, which would “have the potential to unlock significant economic benefits for Lebanon.”

The US’ pronouncement comes as Lebanese President Michel Aoun demanded this week that Israel halt its offshore exploration.

The amendment needs to be signed by the caretaker prime minister, minister of defense, and president ahead of a request to the United Nations for a formal claim to register the new coordinates for the maritime zone.

“I expect it will be signed as everyone, the minister of defense and the prime minister and the president are concerned about this,” minister Michel Najjar told a news conference on April 12.

Israel pumps gas from several offshore fields, but Lebanon has yet to find commercial gas reserves in its waters.

“Unilateral Lebanese measures will, of course, be answered with parallel measures by Israel,” Israeli Energy Minister Yuval Steinitz said in a statement commenting on Lebanon’s latest move, highlighting that it would derail the talks rather than help work towards a common solution.

A sea border dispute also emerged between Lebanon and Syria at the end of March, when Damascus signed a 4-year agreement with a Russian company for oil and gas exploration in the Mediterranean Sea. The two blocks the Russian company is set to explore overlap with the Lebanese areas for energy exploration along the country’s northern border.

Lebanon demarcated its maritime borders in 2011, and in 2014 invited bids for Block No. 1 in the north, where Syria grabbed a Lebanese area of 750 square kilometers.

Syria has not recognized the 2011 Lebanese demarcation.