Government estimates put the cost of the initiative at $556 million — $300 million of which officials hope to secure through World Bank loans, and the rest of which is to come from the central bank, a government official told AFP. 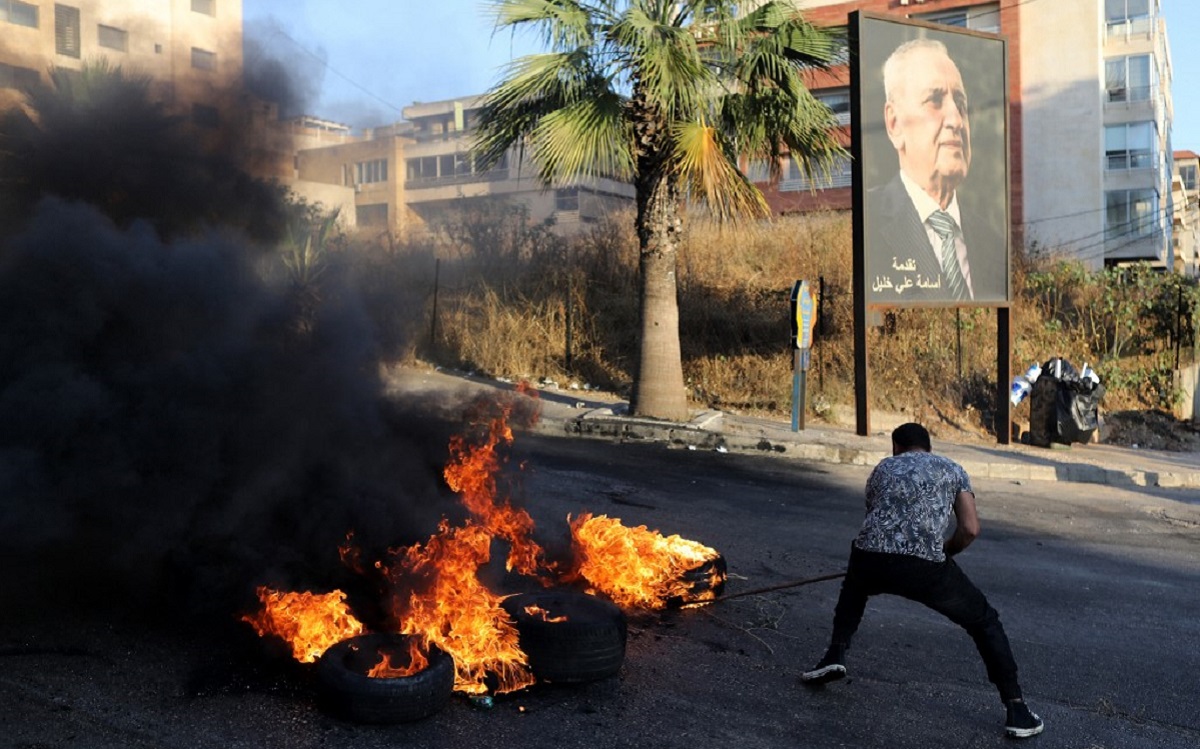 The continuing degradation of living conditions and the hike in prices have led to widespread protests across the country in the past few days. Photo: Marwan Tahtah, AFP.

Lebanon’s parliament Wednesday approved ration cards for the poorest to cushion the gradual collapse of subsidies due to the economic crisis, though officials still need to secure funding for the scheme.

The decision came one day after authorities hiked the price of subsidized fuel to shore up dwindling foreign currency reserves at the central bank.

The government, which subsidizes key commodities including flour and medicine, has also started to gradually reduce support on other key items, after months of deliberations and without any official announcement.

Lebanon is in the throes of an economic crisis the World Bank has described as likely one of the world’s worst in modern times.

More than half the population lives below the poverty line and minimum wages are the equivalent of less than $40 a month, according to the black market exchange rate.

On Wednesday, parliament “approved… the ration card system and the opening of special credit lines to fund it,” the official National News Agency reported.

Government estimates put the cost of the initiative at $556 million — $300 million of which officials hope to secure through World Bank loans, and the rest of which is to come from the central bank, a government official told AFP.

Parliament speaker Nabih Berri said it would be up to the government to determine how to distribute and fund the ration cards which exclude residents that already benefit from outside assistance.

The government official, who spoke on the condition of anonymity, said half a million families would receive ration cards.

Tuesday’s steep fuel price hike has caused Lebanese to brace for higher transportation and electricity costs, and in turn higher receipts for services and goods, including bread.

Subscriptions to private generators, which in some regions operate for 22 hours a day, are expected to become especially expensive.

This is all expected to compound woes in a country whose currency has already lost more than 90 percent of its black market value against the dollar.

Lebanon’s government resigned last summer in the wake of an August 4 explosion at Beirut’s port that killed more than 200 people.

Yet the country’s bitterly divided political leaders have failed to form a new cabinet ever since, despite mounting international pressure led by France.