LIVE UPDATES: Lebanon on edge after clashes in Tayyouneh

Several people died after being shot by snipers and scores were wounded, after a Beirut protest called by Hezbollah and Amal Movement turned into a gun fight. 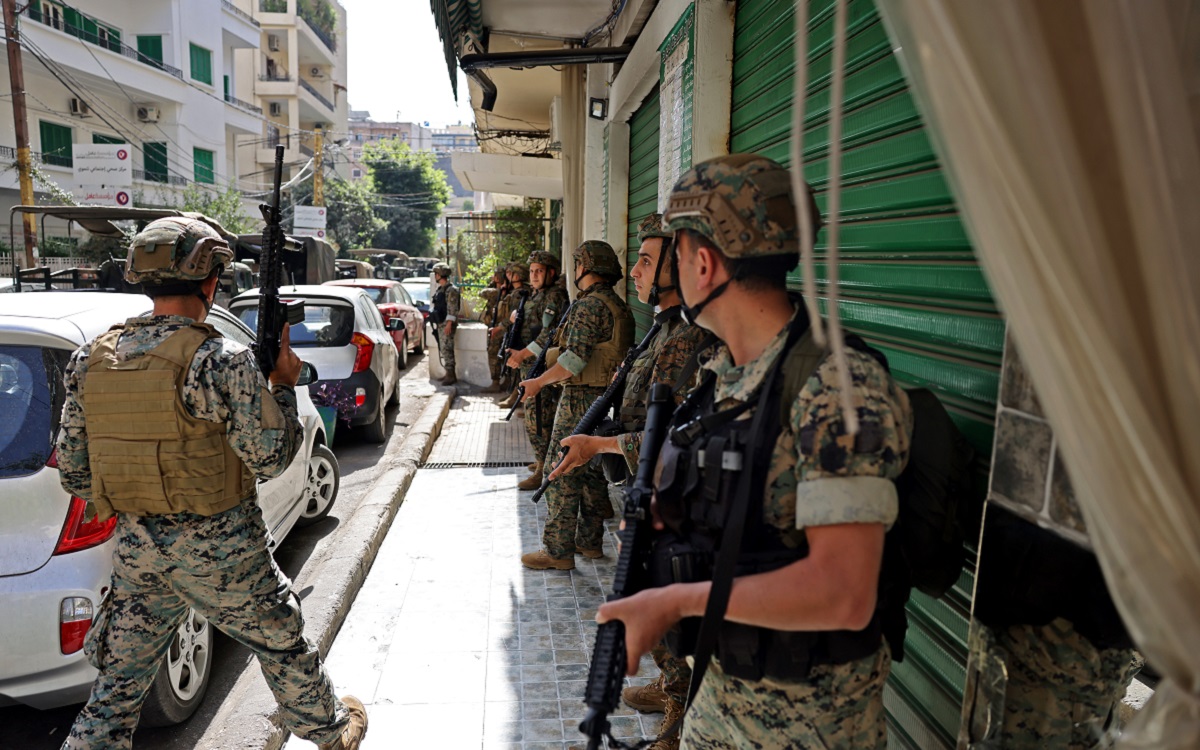 Lebanese Army soldiers take a position in the area of Tayouneh, in the southern suburb of the capital Beirut on October 14, 2021, after clashes following a demonstration by supporters of Hezbollah and the Amal movement. Photo: Joseph Eid, AFP.

Gunfire killed one person and wounded eight at a Beirut rally organised by the Shiite Hezbollah and Amal movements to demand the dismissal of the Beirut blast lead investigator, a doctor said.

One man died of a gunshot to the head and three of the eight wounded are in critical condition, said Mariam Hassan of the Sahel Hospital in Beirut’s southern suburbs.

The investigative judge summoned for questioning two Amal MPs, Ghazi Zeaiter and Ali Hassan Khalil, as well as Future Movement MP Nohad al Mashnouk as suspects in the Beirut blast, where they are charged with negligence.

Hezbollah chief Hassan Nasrallah slammed the investigation in a speech on Monday evening calling it politicized. On Wednesday, Hezbollah also accused the United States of interfering with the probe.