“Makram, are you awake? Lokman disappeared!”

Historian Makram Rabah brings homage to intellectual and publicist Lokman Slim a year after he was murdered in South Lebanon. 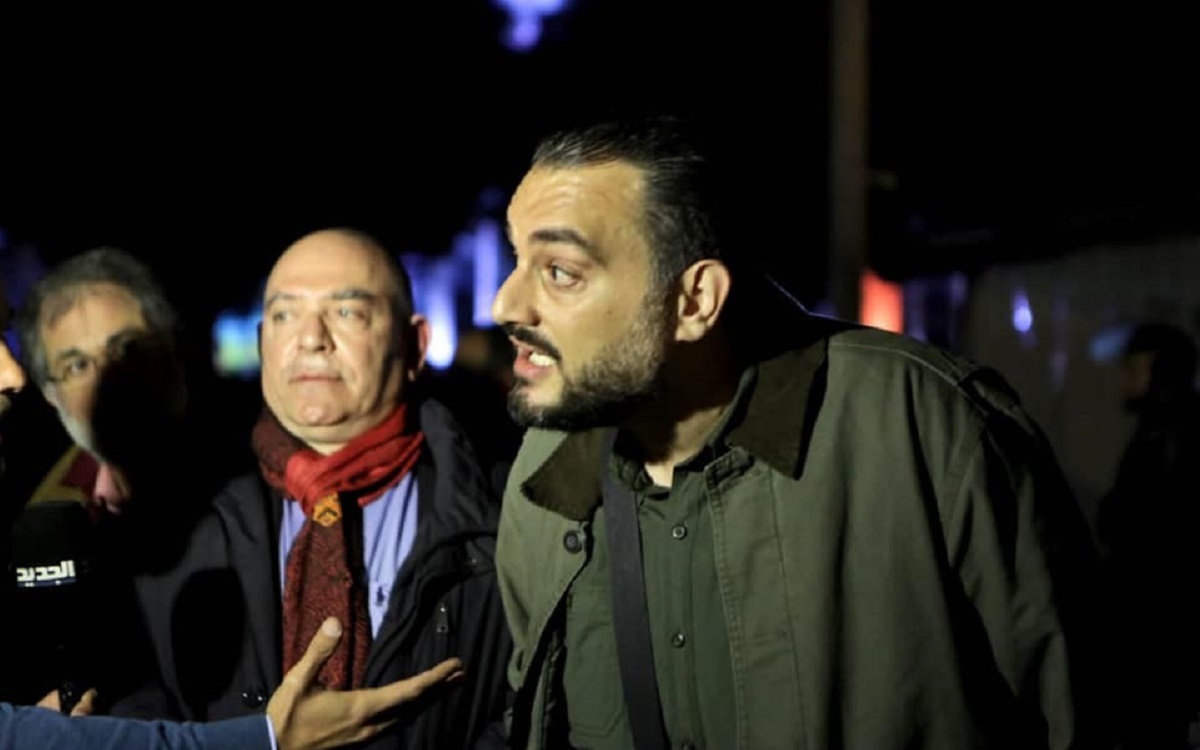 With this short text from my dear Monika, I awoke on February 4, 2021, to the news of the abduction of Lokman Slim, my brave friend and companion on the journey to preserve the realms of Lebanese memory, and in the battle against fascism and racism, and in our common struggle to build a democratic and secular state worthy of all of us.

My shock turned to rage when I saw Lokman swimming in his own blood after the cowards killed him for fear of his wisdom and his sharp tongue which he adeptly utilized to champion truth and justice.

From the first moment I met Lokman and Monika in the “Hangar” in Haret Hreik in February 2006 until the moment Lokman departed physically, years of conversations, discussions, and intellectual and historical projects mixed with food and wine, have born. We were all obsessed with preserving the memory of the many civil wars and documenting the crimes and massacres committed by the ruling class and their international allies on the land of Lebanon and the people that inhabit it.

My most recent book Conflict on Mount Lebanon, which was adapted to Arabic and edited by Lokman, is the result of years of research and oral interviews that I conducted with personalities who were part of the events of the conflict known as the Mountain War in 1983, and is the first cooperation that began between me and the UMAM Association for Documentation and Research.

It developed into a deep friendship that allowed me to become a member of the Lokman intellectual entourage and enabled me to make extensive use of his circles in a series of intellectual activities related to the history of Lebanon and other reformist political projects.

When the “The Hub” tent – of which I was one of the custodians – was attacked in downtown Beirut, during the October 17 revolution by the supporters of the Iran axis, I turned to find Lokman and a handful of courageous people standing next to me.

Lokman Slim was not just a first-class intellectual, writer, translator, publisher, and activist, but rather also an image of Lebanon and the Levant we aspire to, a country that does not fear reason, pluralism and freedom, and does not sanctify idols and war criminals.

In my last meeting with Lokman in his office a week before his assassination, he asked me with a smile to forget my book and the application that we were preparing with the United Nations Development Program because those projects were completed, adding, “We have many other future projects and “conspiracies” we should focus on”.

Lokman Slim was not just a first-class intellectual, writer, translator, publisher, and activist, but rather also an image of Lebanon and the Levant we aspire to, a country that does not fear reason, pluralism and freedom, and does not sanctify idols and war criminals.

My book was translated into sound Arabic, as Lokman loved a language in which he and his imaginary friend Saeed al-Jin distinguished themselves, a language that adorned the many articles and emails he sent me over the years.

Dear Monica, Lokman did not disappear, but only his body is absent. He will remain in every letter and page we publish through UMAM and many other liberal and free platforms.

The criminal and his “master”, or Sayed, who assassinated Lokman naively believed that they could erase the “zero fear” slogan that Lokman launched in the face of the violent perpetrators who attacked the walls of his house in Haret Hreik. They also believed that their crime would go unpunished, as is the case with dozens of political assassinations over the years.

Justice for Lokman will come sooner or later, and Lokman will remain the palpable voice in defense of the temple of freedom and reason in a forest ruled by tyrants and criminals.

Justice even if the heavens fall…

My friend Lokman… I miss you.

The article is the introduction to Conflict on Mount Lebanon: the Druze, the Maronites and Collective memory set to be released by Dar al Jadeed.

Makram Rabah is a lecturer at the American University of Beirut, Department of History. His book Conflict on Mount Lebanon: The Druze, the Maronites and Collective Memory (Edinburgh University Press) cover collective identities and the Lebanese Civil War.