Ronnie Chatah dwells on comparisons of childhood memories of the civil war to last week’s tragedy in Tayyouneh, and the violence that persists. 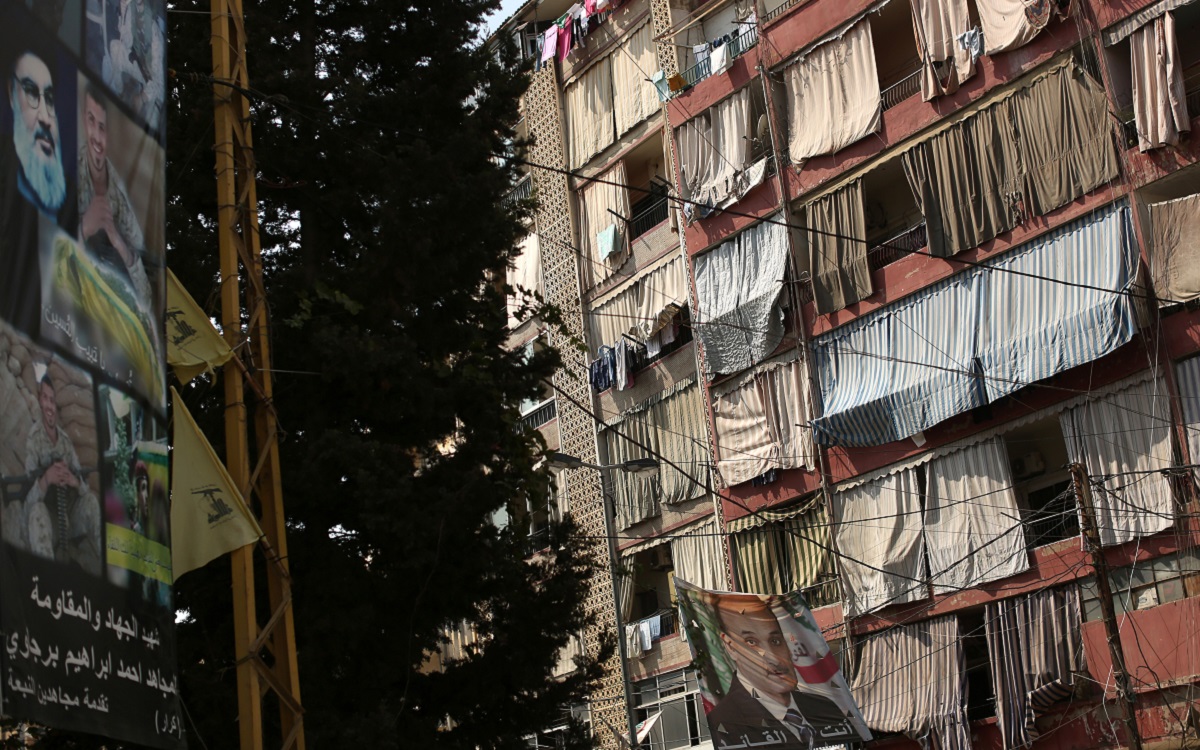 When I think back to my earliest memories of this country, three moments come to mind.

The first, on a visit to relatives who stayed throughout the civil war, and the culmination of an exhausting trip from the States that included multiple European connections to Damascus, followed by a 10-hour long taxi journey towards the Syrian coast into northern Lebanon.

Final destination: Tripoli. An occupied city (in addition to half the country at that time) under Assad’s rule, with adorning posters of Hafez and Syrian flags on both sides of the border. And within a day or so of arriving, a massive car bomb struck a Syrian army checkpoint near the intersection of Munla and Azme Streets, a block away from my maternal grandparents’ apartment where we were staying.

The rumble and blast too many of us are familiar with. Black fumes that tentatively hide the carnage on streets and adjacent sidewalks, littered with shards of blood-stained glass alongside remains of innocent passersby. And the panic-driven screams of searching for loved ones among the victims.

We were certain my grandmother was dead. And when she returned home some 30 minutes later with groceries in hand, my mother and I held her the closest I have felt. I did not feel that pure love and pain combined in one embrace until I held them both, once more, following another car bombing almost 30 years later that took my father.

The second memory is waking up in the same apartment, drenched in sweat, from the summer heat all of us suffer through annually. Without A/C, several hours (at most) of government electricity and the occasional generosity of a longer generator-stretch. By my bedside was a small and round exposed hole. And above, on a tilting shelf – I am not making this up – remains of a mortar shell that had torn through the living room a few years earlier, used as a bookend for my mother’s childhood French-language novels.

None of which I understood.

I could see neighboring apartments across the street, themselves scarred by armed fighters waging their urban trench warfare, images shared across Lebanon, best pronounced by Beirut’s former Green Line and the start of civil war in Ain El Remaneh.

I looked out, through the pierced hole, and recalled my grandmother describing the battles that damaged the building’s façade. I could see neighboring apartments across the street, themselves scarred by armed fighters waging their urban trench warfare, images shared across Lebanon, best pronounced by Beirut’s former Green Line and the start of civil war in Ain El Remaneh. Last week’s October 14 battle brought bullets back to the old dividing line. And in Tripoli, in 1985, I stared out of one of those thousands of holes that still decorate our homes. Before getting startled (and, again, none of this is made up) by a flying cockroach determined to make its way inside.

Needless to say, that hole was plugged thereafter.

The third…and bear with me here…is Samir Geagea.

On the evening news. A neon light bulb flickering and buzzing in the living room. A few channels were available thanks to a dented antenna (there was no cable or satellite entertainment then). I turned the television set’s manual dial according to family demands. And silence was immediately requested the moment it landed on LBC.

Mind you, this was civil war Lebanon. Tripoli tuned in to LBC’s nightly news to hear what ‘the other side’ has to say. And Geagea’s name was synonymous with fear.

In all my annual visits to Lebanon in the 1980s we never went south from Tripoli. The entire country was partitioned, bringing nearby Chekka closer to Dora than Shar3 Munla. And forcing Tripoli towards Damascus instead of Beirut.

In all my annual visits to Lebanon in the 1980s we never went south from Tripoli. The entire country was partitioned, bringing nearby Chekka closer to Dora than Shar3 Munla. And forcing Tripoli towards Damascus instead of Beirut. The canton-like terrain that Geagea governed was one we dared not enter. Our last name and confession were not friendly to checkpoints monitoring their direction.

And when Geagea spoke on the news, we listened. Like my mother’s French literature, I had no idea what he was saying. I often laughed at his last name, thinking it sounded somewhat funny. But from the careful attention placed on every word he uttered, I recognized from then that this man carried wartime weight.

I grew up with Geagea’s tumultuous career in the background. A Taef-agreeing militiaman turned politician, demanding the removal of his Forces’ violent and sectarian civil war-era cross and knife emblem. A defiant anti-Syrian politician turned 11-year ‘political’ prisoner; his arrest followed by the banning of his post-war party. And the post-2005 reemergence from solitary confinement of a self-proclaimed redeemed religious man, and the rapid return of his rather tempered Forces to the post-Syria political arena.

His public apology for civil war crimes. His insistence on no return to militia training or autonomous arms. His championing of sovereignty and rebuilding the state. A holdout in the cause and principles of March 14, 2005…until his support for Michel Aoun solidified the General’s return to Baabda on October 31, 2016. And recognition, even among his steadfast opponents, that his party’s selection of Cabinet ministers included the most competent this country has had (at least in recent memory).

Any country under these continuous circumstances can easily tear itself apart. For a simple reason we cannot ignore…militia begets militia.

And unfortunately, little of that intent matters today. The instability and chaos that consumes us deny any attempt at genuine reform. Weapons are too easy to access, and armed partisans carry a natural preference to clashes over politics. Assassinations regularly targeted officials and killed civilians, along with the return of snipers on rooftops terrifying anyone below. The bullets that sprayed last week in neighborhoods long denied their peace pierced through windows, killing a mother protecting her children while preparing their meal.

The ruinous reminders of civil war. The multitude of warlords turned politicians turned opponents and supporters of our proxy-led status quo remain on our news channels and news feeds…not for their futile attempts at decent governance but for fear-mongering, divisive rhetoric and reactionary protection.

But the parallels to the strife that robbed Lebanon of its chances are plenty.

And any country under these continuous circumstances can easily tear itself apart. For a simple reason we cannot ignore…militia begets militia. And when Hezbollah threatens through violence, we inch closer to civil war.

Ronnie Chatah hosts The Beirut Banyan podcast, a series of storytelling episodes and long-form conversations that reflect on all that is modern Lebanese history. He also leads the WalkBeirut tour, a four-hour narration of Beirut’s rich and troubled past. He is on Facebook, Instagram, and Twitter @thebeirutbanyan.
The opinions expressed are those of the author only and do not necessarily reflect the views of NOW.