As left-wing Israeli organizations and politicians show support for Palestinian victims of settler violence in the West Bank, how does the Arab left reconcile inefficacy in dealing with these tragedies and what could be a possible way forward? 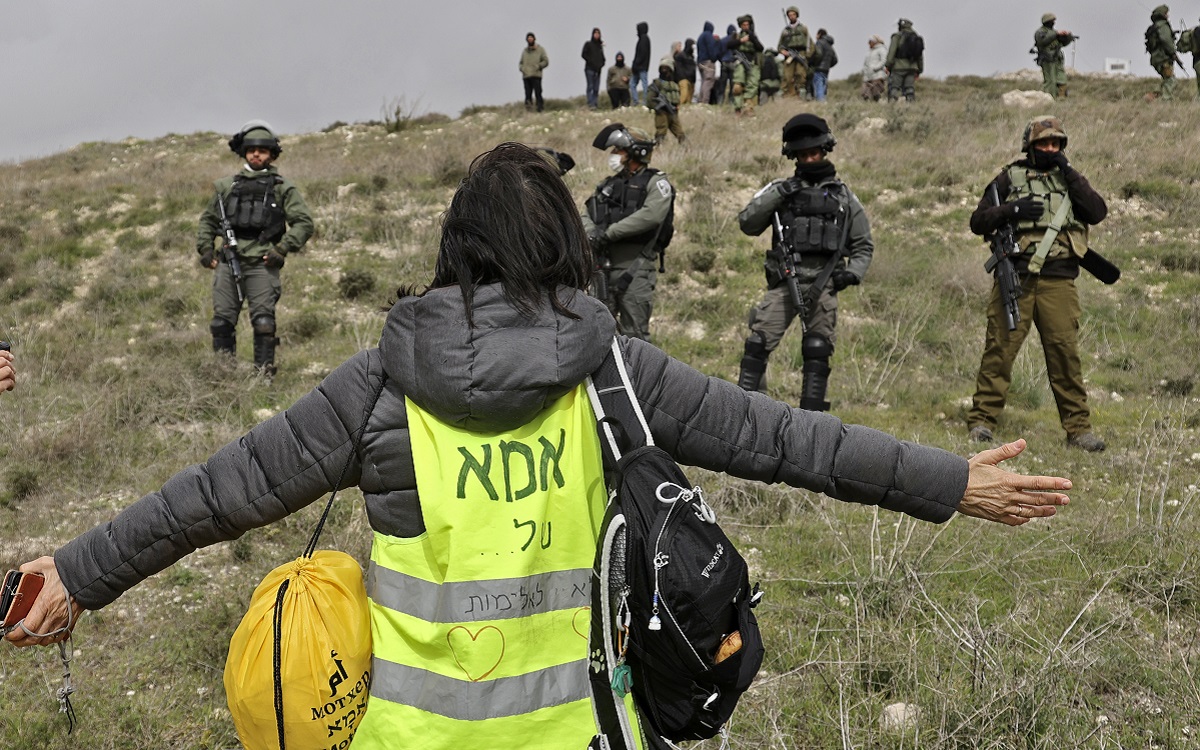 In the context of consistent escalation and deterioration, observers and stakeholders of the Israeli-Palestinian conflict in the Arab world are inundated with news of settler violence and abhorrent public displays of humiliation inflicted on the Palestinian population.

The videos of young Jewish extremist settlers burning the crops of old men, pictures of dead innocent Palestinians, and broken and burnt cars and properties, have become recurring images in our daily news intake. The tragic nature of these occurrences permeates into Arab socio-political culture, engendering a perception of social, political, and humanitarian despair.

However, a positive sentiment was stirred last week after some 400 Israelis crossed the Green Line, the demarcation line that separates Israel from the West Bank, to the town of Burin, near Nablus, to display solidarity with the Palestinians and plant olive trees. The march came two weeks after a number of masked settlers attacked a group of left-wing Israelis who had crossed the Green Line in support of the Palestinian victims of a series of attacks by some settlers.

This act of solidarity opens a conversation seldom seen in Arab media about the internal contradictions dramatically demonstrated in Israeli political discourse vis-a-vis transgressions in the Occupied Palestinian Territories (OPT).

One instance comes to mind

Following the wave of settler violence which targeted Palestinians in the West Bank in the final months of 2021 and early 2022, Minister of Interior Omer Barlev received backlash from the Israeli Right for his condemnation of the settler attacks, and particularly for the use of the word “terrorist” to describe the groups of settlers that perpetuate the violence.

Decades after the Oslo Accords in the early 90’s, when his words would have been received with praise across the board, as would any statesman’s speech merely advocating for the rule of law, Barlev received a barrage of angry comments from right-wing lawmakers.

Religious Services Minister Matan Kahana called for a retraction of Barlev’s comments. Members of the Knesset (MK), Israel’s parliamentary body, the Likud party and other factions in the Israeli Right, were also quick to bash Barlev. In other words, the term “terrorist” is seemingly reserved for Palestinians and Arabs.

Burin’s olive tree planting event should by no means invoke an irrational sense of hope. However, it does point towards a credible and concrete sense of consciousness in the Israeli Jewish and Palestinian left, which may potentially engender a change in political rhetoric as settler violence becomes an increasingly burdensome issue for the Israeli state.

The Burin march, featuring a colorful collective of Jews and Arabs, saw a considerable number of activists and lawmakers demonstrate in solidarity with the Palestinians under recurrent settler intimidations, as well as the attacks on the left-wing Israelis who had marched in support of the Palestinians.

“We declared that we will not give in to violence and that we would return to the field to stand in solidarity with Palestinian olive farmers against those who regularly attack them. And that is what we did,” Aviv Dabush, the Head of Rabbis For Human Rights told the Times Of Israel.

With internal contradictions amongst Israel’s political elite comes a form of “integration-solidarity” forged between leftist Israelis and Palestinians.

Some questions that need contemplating

Such cases of Jewish-Palestinian coordination are widely overlooked in Arab news, when they ought to be relevant as part of the serious effort in derailing settler violence and promoting Palestinian rights.

Amongst others, grass roots organizations such as Standing Together (Omdim Beyachad), Combatants for Peace, PeaceNow (Shalom Achshav) advocate for Palestinian rights and lead the fight against the inexorable machine of the settler movement in the West Bank.

Important questions arise from such actions and movements of solidarity.  Can the Arab left afford to continue to equivocate on addressing their failure and irrelevancy in the West Bank? How can the stance of the aforementioned organizations build towards a Jewish-Arab collective standing against the occupation?

Burin’s olive tree planting event should by no means invoke an irrational sense of hope. However, it does point towards a credible and concrete sense of consciousness in the Israeli Jewish and Palestinian left, which may potentially engender a change in political rhetoric as settler violence becomes an increasingly burdensome issue for the Israeli state.

This is occurring in a context where Arab states’ support for the Palestinians is waning, as attested to by the recent “peace” initiatives and momentous gestures of amity gifted to the previously Likud-dominated government and the current right-wing and former head of the Yesha Council, PM Naftali Bennet.

The examples of solidarity on behalf of Jewish Israelis points towards the necessity of a change of course in dealing with the issues troubling the Palestinians.

It is also apparent that what goes on in the West Bank should not be perceived as a passing detail, but instead ought to revive in our political discourse the familial and cultural proximity we share with the Palestinian people.