The Arab apathy on Ukraine

Embattled Ukrainian President Volodymyr Zelensky addressed the Knesset in Israel with an overtly insensitive speech towards the Palestinians. Mohamad A. Hamdan writes on how the reception to the Ukraine war unfolded in the Middle-East and why. 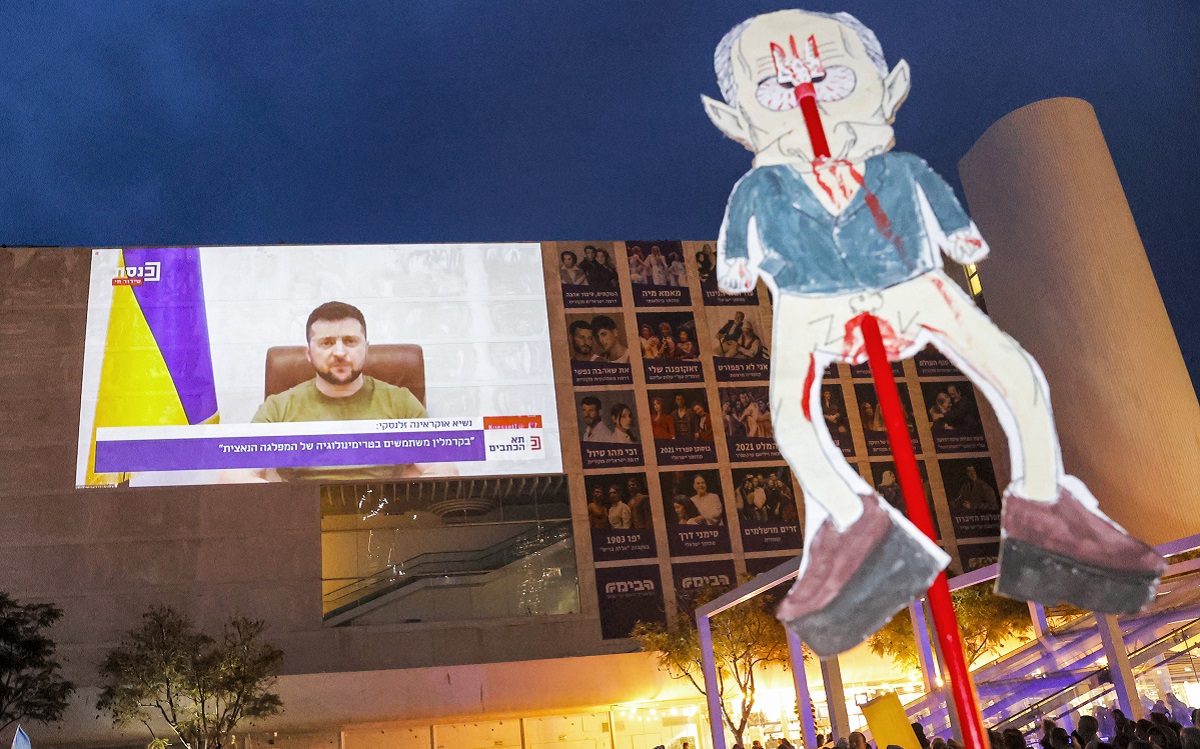 A demonstrator holds up an effigy depicting the Russian president Vladimir Putin impaled by a trident during a gathering at Habima Square in the centre of Tel Aviv on March 20, 2022 attending a televised video address by Ukraine's President Volodymyr Zelensky to the Israeli Knesset (parliament). Photo: jack Guez, AFP.

To many Europeans, the Russian invasion of the Ukraine was considerably reminiscent of a darker past in the continent’s history. After a number of relatively peaceful decades in the recent history of Europe, the eerily redolent words of Russian President Vladimir Putin invoke a sense of Hitlerian-style rhetoric. The Russian invasion of Ukraine, which could possibly destabilize the whole continent, is not something most young Europeans would have imagined possible in this time and age.

Indeed, the Nazi alibi of the Sudentenland in Czechoslovakia is comparable with Putin’s justification of his invasion of Ukraine. Predominantly prevalent in the Middle East, such a theater of war, featuring refugees, dead civilians, and leveled towns, is now unfolding in real-time for people in the West.

After a month of war, hope seems bleak. Much of Ukrainian sovereign land has been occupied by the Russian military, and millions of residents have fled to neighboring countries.

Volodymyr Zelensky, the embattled President of Ukraine, has been on an elaborate tour to promote his country’s cause against the Russian invasion. The Ukrainians have been keen to amass all the support to salvage their battlefield prospects.

The President, who usually appears in combatant or casual attire, has been making online appearances at a series of different venues from houses of parliament to pro-Ukraine demonstrations in his bid to acquire aid and influence policies to counter Russian advances.

He addressed the European parliament on the first of March and the US congress on the 16th. Charged with nationalistic fervor, Zelensky has been auspiciously appealing to and gaining support from Ukraine sympathizers everywhere. Naturally, he has acquired solid support from many, namely the United States, Canada, and countries of the European Union.

As all things peculiar in the Middle East, Zelesnky’s reception in Israel was riddled with drama. Last Sunday, almost a month after the Russian invasion, President Zelensky gave a speech before the Israeli parliamentary body, the Knesset. Zelensky’s address was largely critical of the Israeli response, claiming the Jewish state hasn’t been doing enough.

Israel, who had fallen short in its response to the Russian aggression, was met with reprimanding followed by a heartfelt persuasion from the Ukrainian president. He implored the Israelis to follow the lead of the Americans and the Europeans in the repudiation of the Russians, which includes sanctioning of Russian businesses and the commissioning of specific military aid.

Notably, Israel has yet to impose sanctions on Russian businessmen and Russian oligarchs close to Putin. Considering Prime Minister Naftali Bennet’s failed attempt to mediate between the warring countries, Zelensky criticized this equivocation on the Israeli side and, in particular, the Israeli PM.

According to a later disputed claim that Bennet was trying to push the Ukrainian president towards significant concessions, Zelensky reiterated in his speech that the war is an uncontested matter of good and evil. He stated that “premeditation is often erroneous. And mediation can be between states, not between good and evil.”

Inconsiderate of the sensitivities, the president, in his efforts to garner more support from the Israeli side, used blatant comparisons referencing Jewish tragedies. He touched on subjects many found horrific to mention in the case of the war. The president also cited the “final solution” in his description of Moscow’s war on Ukraine. Zelensky’s speech could be described as border-line guilt-tripping of the Jewish consciousness.

“One can keep asking why we can’t get weapons from you. Or why Israel has not imposed strong sanctions against Russia. Why it doesn’t put pressure on Russian business. But it is up to you, dear brothers and sisters, to choose the answer. And you will have to live with this answer, people of Israel,” Zelensky added.

Nevertheless, Zelensky appealed to the Israeli Jewish and nationalistic instincts in his speech. He exalted the Israelis, bashing their Arab neighbors as a menacing force on par with his Russian foes. Leaving no relative context in his speech, he stated:

”I don’t need to convince you how intertwined our stories are. Stories of Ukrainians and Jews. In the past, and now, in this terrible time. We are in different countries and in completely different conditions. But the threat is the same: for both us and you – the total destruction of the people, state, culture. And even of the names: Ukraine, Israel.”

In his exhaustive reasoning, Zelensky is drawing unwarranted comparisons, trivializing the Israeli-Palestinian conflict along the way. Is Zelensky’s indifference to the Palestinians indicative of a lost cause he sees in garnering the support of the Arabs?

The Arab reception to the invasion of Ukraine was, at best, apathetic. The Arab states did end up voting for the condemnation of the Russian invasion at the UN General Assembly, but it took a bit of convincing.

In terms of pro-Russian sentiment, the Assad regime was naturally swift in showing support for the Russian aggressors. Syria was one of the first nations to recognize the breakaway states of Donetsk and Luhansk, as well as publicly support the military advances of the Russians.

However, the support for Ukraine from the other Arab states was patently unenthusiastic. The Palestinian Authority, who are themselves victims of occupation, were reluctant to take sides. A PLO official told Al-Monitor that “the Palestinian leadership does not have to take a stance on the Ukrainian crisis, which could entail negative repercussions we are better off without.”

The Palestinian citizens of Israel, also did not have an overtly condemning tone. Arab MKs representing Arab parties (excluding the Islamist Ra’am party) refrained from attending president Zelensky’s speech in the Knesset. Spokesperson for Joint List’s Hadash party Mansour Dahamsheh even told the Times of Israel that “our position is that NATO and its leader America imposed this war.”

Zelensky’s unwavering support for the Jewish state is apparent. Other than enraging Israeli Jews in his speech, Zelensky did not equivocate on the question of Palestine in his concerning innuendos. Zelensky perpetrated a narrative of victimhood that was consistent with right-wing zionist projection.

The peoples of the Arab world are all too familiar with the bloody consequences of war and occupation. The injustices of war, such as the demolition of homes, exile, and the disintegration of nations, are far too tragic and comparable, about which we can’t afford to be passive.

Although the statements from the PLO tried to invoke some sympathy by adhering to the Ukrainians’ right to self-determination, the prevarication is disappointingly reminiscent of the Palestinian narrative. In the 50+ year period of Israeli occupation of the West Bank, the Palestinians have been at the receiving end of horrible human rights abuses. This lackluster atmosphere of support towards the plight of the Ukrainians delineates a worrying sentiment.

Arabs’ invocation of human rights and self-determination fall short when they’re not at the receiving end of such cruelty. What the Ukrainians are going through, from mass exile to the total forced disintegration of a sovereign European nation, is deeply troubling. In cases such as Syria, Libya, Yemen, and previously Lebanon and Palestine, the Ukrainian story is one that many Arabs should relate to.

Zelensky is keen on customizing his speeches ascording to the audience he is preaching to. Genuine or not, it is understandable for any head of state under such circumstances. Why should his indifference to the plight of the Palestinians be vindicated with this inadequate support from Arab political leaders?

Unfortunately, the Arab league of 22 countries failed to issue a statement against Russia. As liberal and Arab news outlets call out European hypocrisy, Arabs themselves fall short in upholding the same rights they claim the US and the West have forsaken in their case.

Assad’s support for Russia was a given, but a half-hearted statement from the Palestinians, reluctance from the GCC, and an outright indifference from some Arab MKs does not absolve the Arabs from their responsibility.

The events of the past month call for a necessary introspection for us Arabs. The peoples of the Arab world are all too familiar with the bloody consequences of war and occupation. The injustices of war, such as the demolition of homes, exile, and the disintegration of nations, are far too tragic and comparable, about which we can’t afford to be passive. 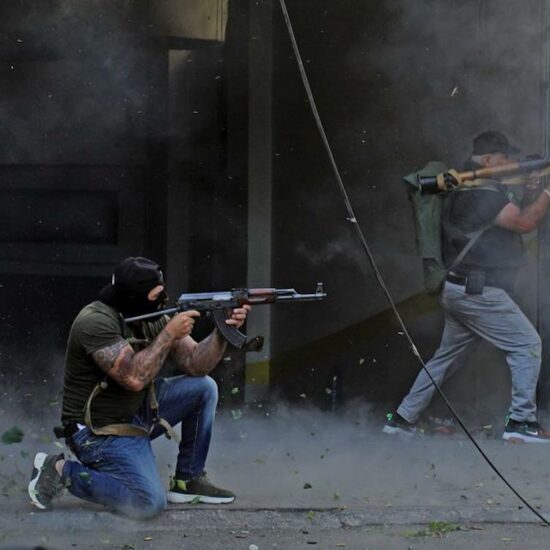 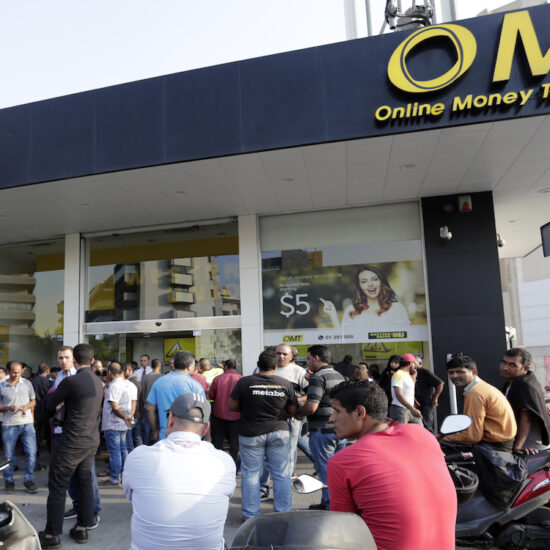 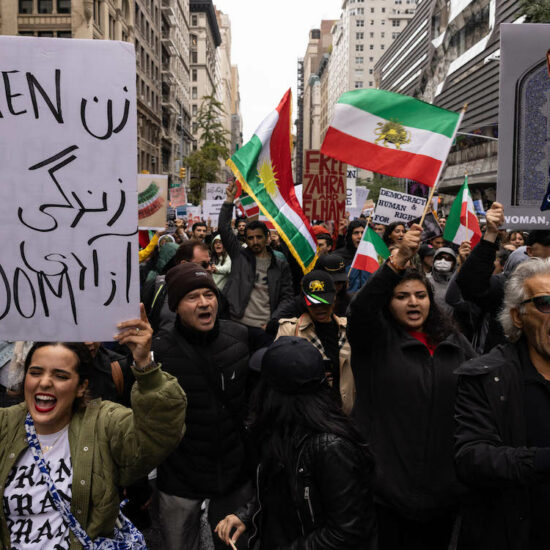 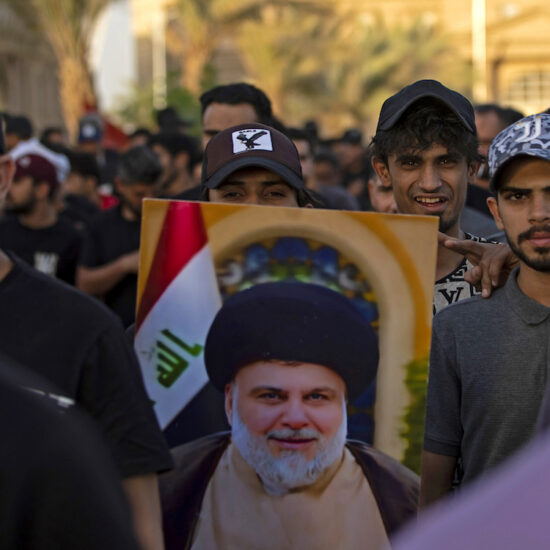