NOW’s publisher Eli Khoury warns that adepts of federalism in Lebanon may overlook that the essence of the problem is not Christian vs Muslim, but a pan-sectarian foreign-backed political rhetoric that favors supra-identities over the Lebanese one. 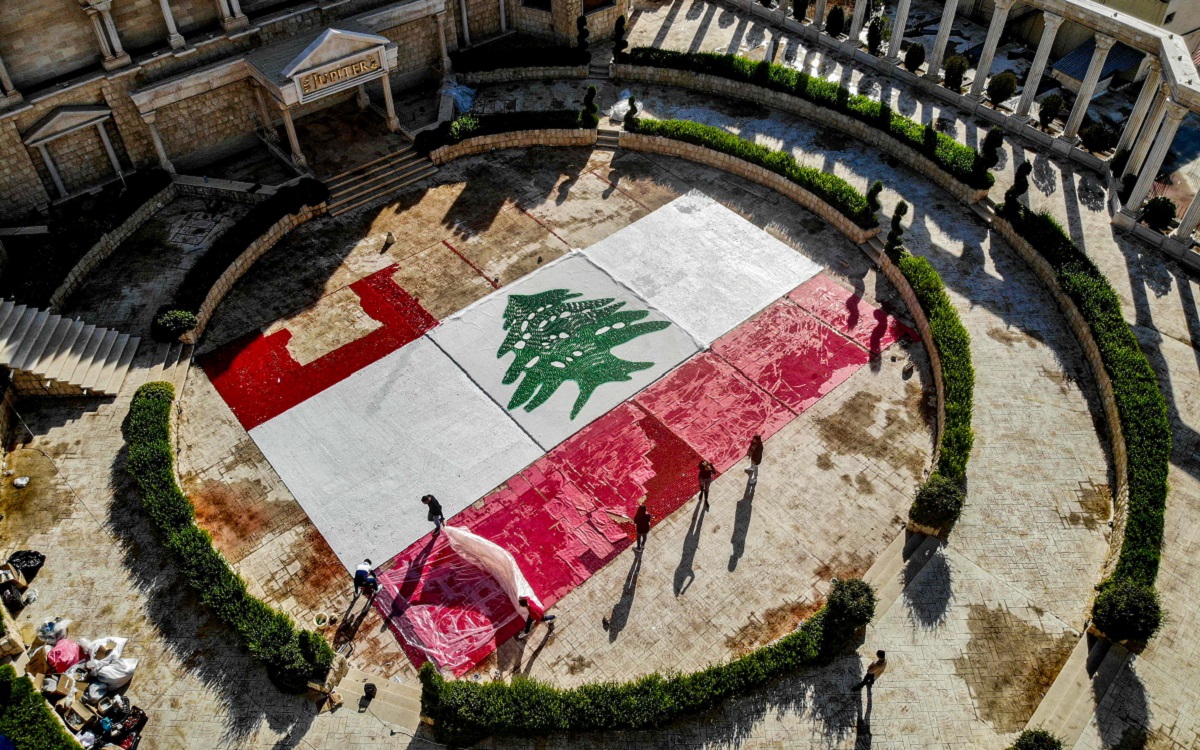 "What you are wrong about is the failure to realize that the essence of the issue lies in the notion that no one considers the fact that one was Lebanese before one was Christian or Muslim, that being one or the other is an adopted flavor, not an actual root." Photo: Ibrahim Chalhoub, AFP.

“It is the past that tells us who we are. Without it, we lose our identity. ”
Stephen Hawking

You have an absolute right to feel so strong about federalism, if not complete separation.

To you, history had demonstrated times over that a good number of your compatriots, mainly Muslim, secular or otherwise, did not share your view of the independent, worldly, fair, and prosperous country that you had in mind.

They seemed to either go for delusional supra-nationalist racism (Arabism, Baathism, Syrianism) or religious supremacy (Iran, ISIS, Levantine, etc.); and always in service of some sort of external “brother”, which as a concept means little to you if any at all.  With results that spell nothing but complete and utter disaster.

In fact, you might be all too right to suspect that this will ever change. After all that happened, and every time you see or hear Nasrallah, Assad or any of their enchanting entourage and fan club. You are absolutely right to feel that those able to destroy your home, steal down to the last of your bread, fuel and money and kill you, to serve some foreign umma “brother,” and yell lies at you in the process, are becoming a little too much to swallow.

You are right to also feel enraged at the notion that you took up arms in the war to protect Christian privileges or religion, but not to defend your “only” country and – most importantly – your way of life. While almost everybody else was rooting for an alternative umma that never existed, and never will, or a cause as fake as its secular pretense. That Israel was never the problem, just the pretext. That the only conspiracy (joke) was on you.

You are also right to anger at labeling “Political Maronitism” to be of sectarian nature and the source of all evil and inequality. While in fact and until today, it has proven to be a much fairer, democratic, progressive and prosperous “ism” then all subsequent “isms” put together, multiplied by gazillion maybe.

To its credit, you had over 95 percent literacy, 70 percent middle class, and one of the highest incomes per capita in the world. You belonged to a lending and benevolent nation, en route towards a developed country. You had a surplus, not debt. You were progressing, not regressing, less corrupt than most, and taught governance and economy to other nations. You were independent and sovereign, had a non-aggression treaty with Israel, total disregard to Syria’s sophistry, real borders still, and all the prospects in the world.

That’s before all went “Resistance” on you. Back then and until now.

What you are not right about is that many, if not most, of your Muslim compatriots share your views about the kind of country you want by now. That they too want you to live happily ever after, “with a piece of mastic,” and equality to all. While your own dinosaurs still have a 1984 program for you.

What you are not right about is the failure to see that the essence of the problem is not Christian vs Muslim, although yes, the undertones or overtones will always be there, seculars included; but that’s how life is anywhere, and this is the only way they know how to communicate their backwardness to their audience. Certainly not because “people” are sectarian, corrupt or irresponsible spenders, as the rhetoric and some useful opposition idiots regurgitate.

What you are not right about is the failure to realize that, as a Christian, your number one ally is another “Lebanese”, not any another Christian. Even if it felt at times, and still does, that many a Muslim, and Christian, compatriots favor just about every foreign “brother” over you. Or will cry “murder” over an incident in Gaza, while Achrafieh gets destroyed without a blink in their envious eyes. Add the usual “don’t politicize it!” ergo don’t find out the truth.

Your constitution is the border of your republic, and the first one you need to secure. Let those who do not like your constitution and history, Christian, Muslim, secular or atheist, leave elsewhere or forever remain silent, not you.

What you are not right about is the failure to realize that the essence of the poison lies within your own ranks, within that of Muslims too, as well as within true seculars, if any. That the issue is within, in Baabda specifically. That despite all their wars, this was the only way Assad and now the mullahs were ever able to trespass right into your core. That, in absolute, you were never attacked as a Christian, but as a “Lebanese”. Just remember who killed Bashir.

That the Sykes-Picotian or Ottomanist rhetoric junk, no matter how cute or sophisticated the propagator can be, and the resulting plethora of conflicts and wars, have fogged one’s understanding of who one is.

What you are wrong about is the failure to realize that the essence of the issue lies in the notion that no one considers the fact that one was Lebanese before one was Christian or Muslim, that being one or the other is an adopted flavor, not an actual root. That any “secular” which tells you otherwise, is but a sectarian zealot in disguise.

That one identity, many flavors, is more than enough, especially one as ancient and as beautiful as yours. That supra-identities are nothing but racist or religious suprematist delusions, that destroy all prospects of a collective identity, peace and any kind of future. That they end up destroying themselves, for they are nothing but a phantom in reality.

That you will remain. You, your history, geography, spirit and culture; smaller or larger, free or occupied, strongly, visibly or vaguely present, have persisted over many millennia – at times very successfully – despite all religions, invasions, ideologies, waves, envies and absurdities, and despite being weirdly, and undeservedly, ignored or hated by many of your own.

Federalism will be like locking yourself and your armed and dangerous crackhead brother in the panic room, leaving the rest of your gorgeous house to the other raging crackheads, while the police won’t show up!

Your constitution is the border of your republic, and the first one you need to secure. Let those who do not like your constitution and history, Christian, Muslim, secular or atheist, leave elsewhere or forever remain silent, not you.

And no, Bashir isn’t Hassan nor Antoun; and Riyad, Rafik, Samir, Gebran, Georges, Pierre, Mohamad and others did not die in a car crash; nor is Lokman similar to Hezbollah. Anyone dares tell you otherwise, should publicly receive a lesson-teaching slap right in their pretentious face.

Your constitution has it all. It is a national pact, it is secular, guarantees your liberties and choices, very decentralized, democratic, fair, progressive and, most importantly, neutral. Don’t let Axis rhetoric, Baabda deceptions and Thawra pretenders fool you. Read it once, and work and press for maximum diligence, forceful, if need be, in its respect and implementation.

This is where the end of the tunnel is, digging another won’t get you there.

And please, remember to never judge people by creed, but by deed. Remember Gebran.

Finally, don’t just remember “who” killed Bashir (and all others) remember “why” too. It is the cedar that they envy and hate, not so much the cross. Sects, they can live with. Lebanon, no.

Eli Khoury is the publisher of NOW_leb. He tweets @eli_khoury.