Najib Mikati’s tone-deaf statements, made after the approval of the budget, betray a billionaire PM’s complete disconnect from the plight of his people, writes activist Mariam Kesserwan. 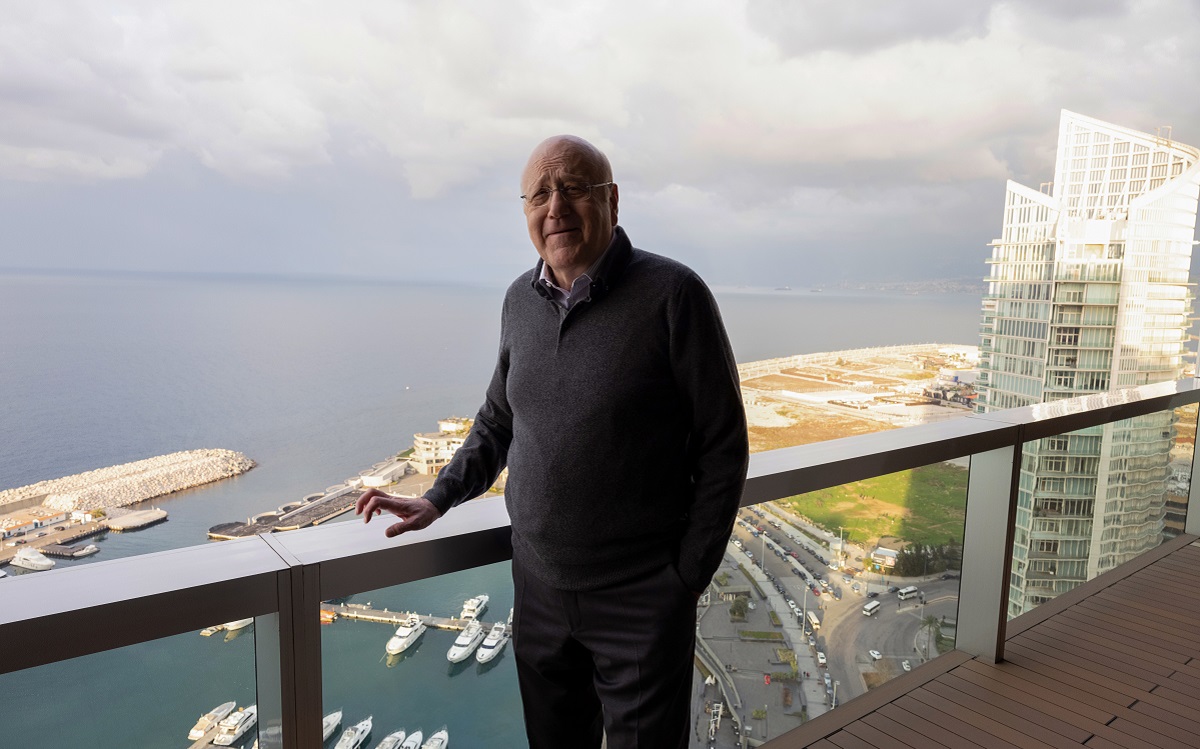 On February 11, 2022, after over a month of negotiations, Lebanese prime minister Najib Mikati of the so-called “rescue government” announced the approval of the much-awaited 2022 budget decree. The budget approval was the main reason the crippled Lebanese cabinet managed to finally convene after Hezbollah and the Amal Movement blocked any decision for over two months due to the Beirut blast investigation.

The budget itself is a total shame, and clearly very far from any sense of reform. It only serves to suffocate the population in every possible way.

But that is not all, Najib Mikati ended the announcement of this small step with a stab in the heart of every Lebanese citizen:

“We cannot offer free internet, free electricity, and free water anymore. We are incapable, we wish we can but we’re incapable.”

This statement, shocking enough, came amidst an electricity shortage the country has been facing for years. After spending a scorching summer in blackouts, and a freezing winter without heat, the Lebanese receive 2 – 3 hours of electricity daily, while paying for generator power between $50 – $90, when the minimum wages are equivalent to $30. And the truth is that it was never much better.

For decades, Lebanese citizens have had to buy extra water weekly in most areas of the country because what the government provided was not enough. Even after it rained. And it’s not that Lebanon could not have water all round the year, but governments have failed for decades to build proper storage infrastructure.

Lebanon’s telecom fees have been the highest worldwide for years. The services others paid $10-15 for, we paid at least $100. At least in this matter, the Lebanese have never “benefited from subsidies” for as long as they had cell phones and the internet.

Mikati’s delusion and complete disconnection from the real life of the Lebanese doesn’t only lie in this part of his speech. The Forbes-listed billionaire whose wealth is estimated at $3 billion dollars continued with a blow under the belt.

“Citizens might ask me “what are we supposed to do if our deposits are seized by the banks? I tell them they are right, but we should bear with each other”.

We. Should. Bear. With. Each other.

These words were addressed to citizens who can’t find medication in pharmacies, who are dying in hospital admission rooms because they can’t gather the money to pay for  treatment, who are hungry. People who survived one of the biggest explosions in history, and are still protesting for their right to a fair investigation into the deaths of their loved ones.

All this, as their life savings were seized by the Lebanese banks two and a half years ago because the government could not pay back what it had borrowed.

The rage against his statements was loud, as expected. The next day, protesters gathered in front of his house in a display of disapproval. Activist Ola Harakeh brought her travel bag. “He said we should bear with each other, I have no electricity in my house, I came to live for a while here and he should bear with me,” she said. “ I am not staying for so long, it’s only until he provides us with electricity and when he returns the money he’s seizing in Saradar.”

A matter of common sense

Mikati’s message was that he and his government cannot possibly do more for the people at this time. This is immoral, to say the least, especially as Mikati himself contributed to this state of affairs.

Not only has he been PM twice before, leading cabinets that did nothing to curb the corruption that was draining all resources from the state, but the PM, his brothers and his brother-in-law are shareholders of Saradar bank, which has seized 1,804,918,000$ in deposits.

But business is business, and Mikati, who said he was “incapable” of fulfilling his job with what he labels “his rescue government”, is meanwhile capable of “rescuing” a Norwegian telecom company in Myanmar. Telenor is shutting down their business in Myanmar after the coup d’état of Tatmadaw for ethical reasons – they cannot work with a military regime that is accused of serious human rights violations.

The group decided to withdraw from the market as the government demanded users’ data.

For Mikati, however, that was an opportunity. M1, the group owned by the billionaire Mikati brothers, offered to buy Telenor. The deal is still in process as human rights organizations criticize the Lebanese group,  and explicitly our PM, for thriving under brutal regimes like Syria, Yemen, and Sudan. The Mikati brothers have experience in making telecom deals in places with patchy records when it comes to fairness and transparency in business, and where oligarchs dominate local markets with the blessing of dictators.

As Mikati continues to benefit from authoritarian regimes and do big business at the international level, he serenely tells his suffering population that they cannot get water, electricity and telecom services “for free”, despite the fact that the Lebanese have been paying at least twice as much as anyone else in the world for these utilities, which have become increasingly scarce.

MTN, the South African telecom giant where Mikati is an associate, faced a lawsuit in the US for paying protection money to the Taliban and Al Qaeda in Afghanistan between 2009 and 2017. The lawsuit was filed by 400 US service members and civilians, and their families. MTN got off the hook in 2020, after telling the court it had no jurisdiction over it, as it did not operate in the US.

It was also accused of funneling US technology to Iran by circumventing sanctions. It also faces a lawsuit together with China’s ZTE  for indirectly supporting an Iranian-backed campaign in Iraq by doing business with the Iranian Revolutionary Guards.

But let’s get back to Myanmar. M1, the Lebanon-based telecom group owned by the Mikati family, offered to buy Telenor for $105 million and invest $330 million in the upcoming three years to expand broadband infrastructure and services. Azmi T. Mikati, the PM’s brother, said it himself in an interview with Bloomberg. Yes, we are talking about a total of $435 million to be generated by the family of the prime minister of Lebanon, a country in total collapse.

In Lebanon itself, Mikati has also faced corruption allegations over the low-income housing loans he allegedly received between 2011-2013. The affair is still under scrutiny, as the investigation was completely silenced, given that the judge conducting it is under fire for her political allegiance. Mikati allegedly received 6 housing loans amounting to approximately $14 million. Mikati dismissed all accusations.

But there is more to look at when the PM demands that we “bear with each other”.  In 2006 Mikati sold Investcom for $ 5.5 billion, firing all Lebanese employees.

Not to mention Cellis and Libancell, which benefited from the proceeds of selling more than 800,000 telephone lines, while the contracts gave the two companies the right to sell only 250,000 telephone lines. Thus, the two companies were able to achieve an illegitimate profit at the expense of the Lebanese state, at a value of 600 million dollars, as a result of this violation alone. He also dismissed these accusations.

As Mikati continues to benefit from authoritarian regimes and do big business at the international level, he serenely tells his suffering population that they cannot get water, electricity and telecom services “for free”, despite the fact that the Lebanese have been paying at least twice as much as anyone else in the world for these utilities, which have become increasingly scarce.

And he has the legitimacy to negotiate our moment of change?