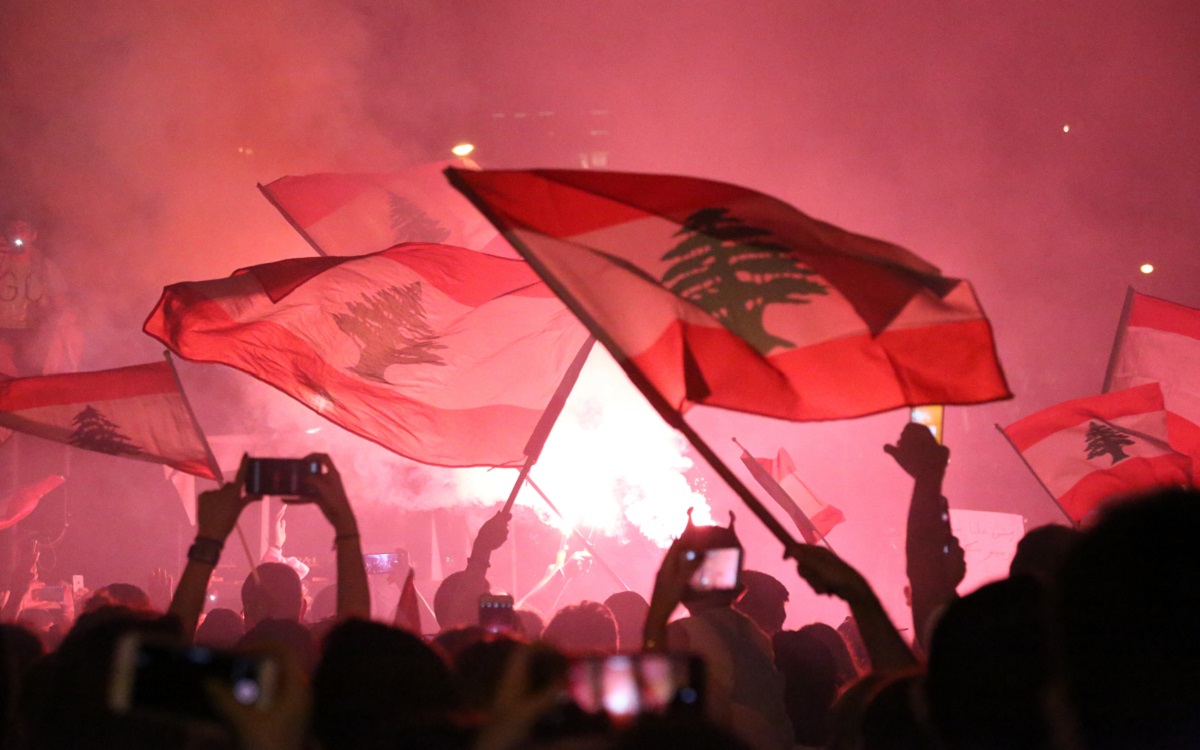 “The economy, work opportunities, socialising, and sometimes healthcare, not to mention public spaces and investment opportunities, almost everything remains dominated by this Mafia. The name might change but the concept is the same.” Photo: Charbel Karam, Unsplash.

The mafia, originally born in Italy, is one of the oldest organized crime groups in the world. To the Mafia, the importance of their influence lies in power, family, respect, and geographic territory.

The Mafia’s main tools of control include organized crime techniques: violence and the constant threats of using it, murder, bribery, and monopolizing of markets.

Does it sound familiar yet?

Lebanon has its own Camorra. Some ruling elite political parties are becoming worse than the notorious Napoli mafia. They are applying the same tools to silence dissent, wherever and whoever it may come from.

The story is not new. It has been happening in Lebanon for generations. When someone decides to voice an opinion, they have to weigh the consequences of voicing it. One gets threatening messages. One’s family might suffer. They may lose their house, forcefully evicted. Fathers and brothers get assaulted, extended family is pressured into excluding the “offender”.

The goal is clear: to silence everyone who thinks differently, one way or another.

All while no state security agency ever investigates any of these offenses. Because those who perpetrate them are stronger than the state.

Freedoms are flawed in Lebanon. I wrote flawed, not fluid. Long gone are the days when one could express their thoughts without paying the price, both online and offline.

Those they cannot persuade, they coerce

Whenever there’s someone calling them out on their deeds and words, they use excessive force to silence them. In my case that has been happening online, on all my social media accounts.  In other cases, it has happened offline, and they have been using physical assaults as well.

Journalist Mariam Saif lost her family home. The cost of her journalism and anti-Hezbollah opinions was an illegal, forced eviction.

First, she and her siblings were driven out of their house in Dahiyeh, which Hezbollah now controls and polices. But the stronghold in Beirut is also still home to many who disagree with the Shiite parties – Amal and Hezbollah.

However, many would rather stay silent than lose their homes. Mariam had to leave her parents behind, thinking this would cool things down, but soon her parents will need to leave too, as Hezbollah made it pretty clear: the Saifs are no longer welcome in the neighborhood they lived in for years.

That is a ‘smart’ and rather way to keep people from revolting.

When your life’s work and savings are all invested in a house located in the stronghold, in a country where the economy has collapsed, they would choose to remain silent.

“I want to mind my own business and live,” Ahmad told me as he replied to one of my posts privately during yet another campaign that had been launched against me over the past weekend. That was his response to my almost rhetorical question: “Why don’t you express your thoughts?”

Over the weekend I naively shared a picture of Hamad Hassan, the minister of public health, thinking that I live in a country where discussing a minister’s shirt and its political reference is allowed. Little did I know that the shirt and me mentioning  Ayatollah Khamenei without the “proper title” would spark a wave of never-ending virtual abuse.

I was threatened by Hezbollah members that they would circulate my phone number if I kept blocking them, as if they needed to keep this communication channel open to keep throwing threats at me.

Meanwhile, a video of a dispute between a Lebanese woman and Head of Free Patriotic Movement Gebran Bassil’s bodyguards went viral on Sunday. Yasmin El Masri was physically assaulted by the politician’s thugs after she publicly told him – outrageous, right? – “shame on you’.

A day later, Masri’s father appeared in a picture with Bassil, and FPM media outlets circulated it and explained how the father apologized to Bassil for his daughter’s behavior.

The younger El Masri, however,  refused to abide by the apology and boldly wrote that it does not come on her behalf and that her father was forced to apologize after receiving several threats.

If these patterns are reminiscent of anything, it is of the Mafia of Napoli, La Camorra.  A mafia involved in all aspects of life and services, a mafia that even practices the colonization of public spaces, terrorizing people to benefit economically, and building a reputation of fear and base of supporters based on favoritism.

The economy, work opportunities, socializing, and sometimes healthcare, not to mention public spaces and investment opportunities, almost everything remains dominated by this Mafia. The name might change but the concept is the same.

From smuggling fuel on the Lebanese-Syrian borders, an operation often chaperoned by Hezbollah in Lebanon and resulting in a fuel shortage and crisis in the country, to clientelism in the electricity sector which bows to Gebran Bassil and the Free Patriotic Movement; to the many layers of support, these two parties receive from other ruling parties in Lebanon who benefit from the deals.

These parties, all together, dominate the economy and the daily lives of many citizens without anyone having the courage nor the energy to denounce them anymore.

This is the system. When the state is absent and there are no actual security agencies to enforce the law and protect people, the Mafia takes over and destroys anything and anyone who doesn’t comply.

Luna Safwan is an independent journalist based in Beirut. She is the host of ‘Beyond politics’ weekly podcast. She reports on current affairs with a special focus on freedoms, human rights, Syria, migrant workers and marginalized communities. She tweets @LunaSafwan.