The lesser of all evils 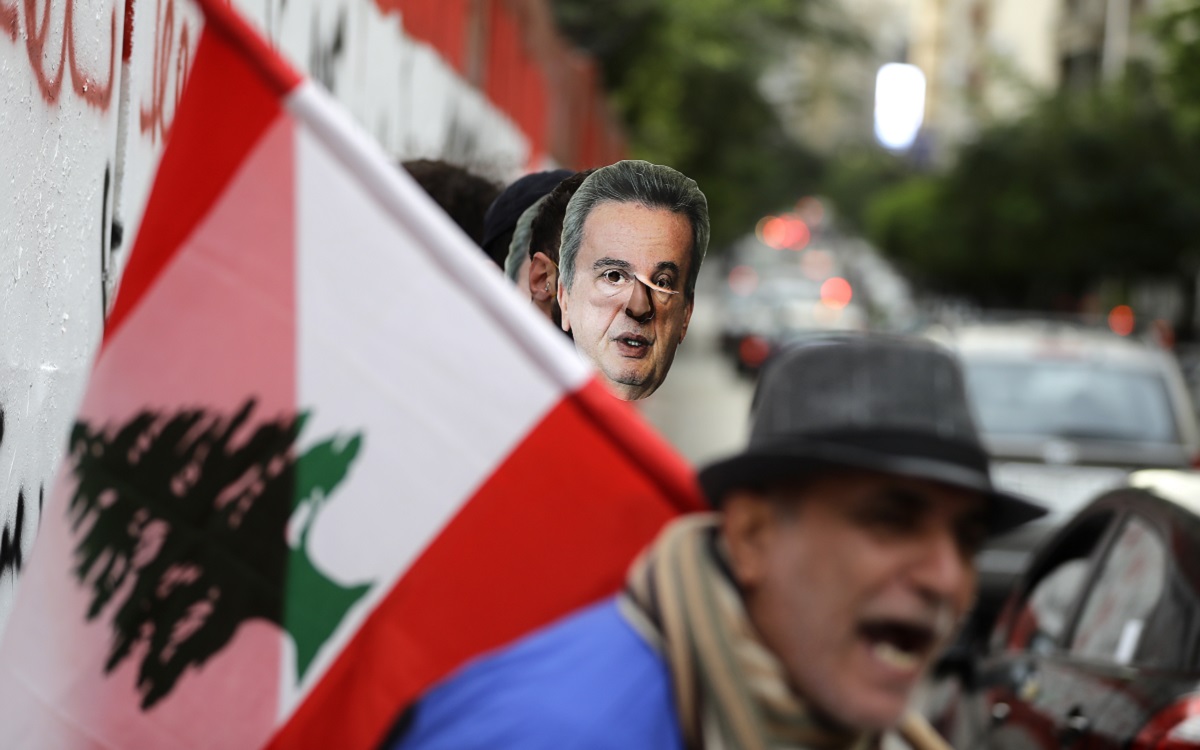 Lebanese anti-government protesters hold a mask of Lebanon's Central Bank Governor Riad Salameh during a protest in front of the central bank headquarters in Beirut to protest against the economic policies of the bank on November 27, 2019. Photo: Joseph Eid, AFP.

The debate is polarised: you are either with or against the case of Riad Salameh, Lebanon’s central bank governor.

The instigators of the case against Salameh are the same people that stole the total amount of the debt issued or debt raised by the state of Lebanon since they came to power in 2016. The total amount which includes Lebanese depositors’ money!

When you issue debt or equity, there is generally a fee paid by the buyer to the seller. Let’s assume this fee was 1 percent. So, 1 percent of $42 billion is $420million. It is said that out of this 1 percent ($420 million) 3/8 or  0.375 percent made its way to Forry, a company that had Raja Salameh, the brother of the governor of the central bank, as the main beneficiary.

Kickbacks are illicit payments made to someone in return for facilitating a transaction. They are certainly illegal in the practice of finance. Hence, if proven that Riad is guilty, he should be immediately removed from his post.

But, you see, it’s not only the militia that normalized the ability to silence dissenting voices in Lebanon right now. Those supporting the case would be quick to label you as “pro-banking” or “pro-Salame” should you call them out on the hypocrisy of the case in the scheme of it all.

In short, I am meant to support the guy that spent the $42 billion in debt on shady deals in the energy sector in chasing the guy that got kickbacks at a fraction of 3/8 of 1 percent from his fundraising activity.

In a perfect world, both guys would be in jail. The top guy that spent $42 billion on phony deals first.

But this is a not-so-perfect world, hence the biggest mafioso is going after the guy that benefited from his fundraising process.

The duplicity of deception and deceit in manipulating public opinion – that you are either with us or with the thief – and galvanizing public opinion on social media using a few “said bankers” is beyond doubt the ultimate disinformation and distraction campaign going on and on in Lebanese media.

Let’s suppose for a second that Salameh is gone.  Would the guy that spent the $42 billion not come back one day to issue more debt and raise funds for his phony activities?

Why not start at the top of the tree? The lower-hanging fruit might fall by itself. What benefit is there to go after Salameh now, when he is a sitting duck after all?

Surely, the cases against him around the world are enough to keep him in courts for the next few years.

I worry that Salameh taking the fall first might leave the mafioso guy off “scot-free”.

Isn’t that the reason for his whole campaign anyway? Remove the accountant for he profited from my theft.