The politics of drones

Though some may fear that Hezbollah’s drone capabilities could trigger a military confrontation, analysts say this is unlikely. 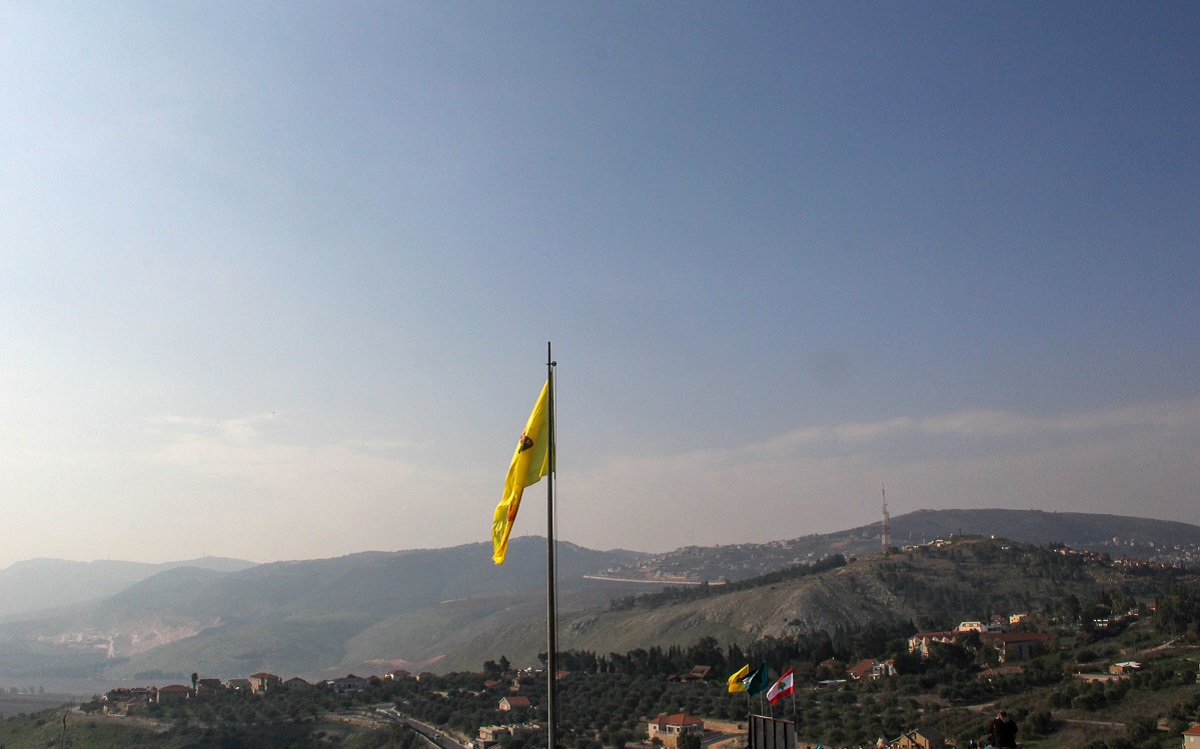 On February 18, two Israeli jets flew low over Beirut, terrifying residents of Lebanon’s crisis-stricken capital. Many rushed to social media to figure out what had happened and vent their frustrations.

It soon became clear that the flyover was a response to a drone launched by Hezbollah that entered Israel a few hours prior. Hezbollah claimed that they flew the drone 70 km into Israel on a 40-minute reconnaissance mission, and the Israelis failed to shoot it down, even after activating their air defenses.

A short history of drones and Hezbollah’s deployment of them

Unmanned aerial vehicles (UAVs), commonly referred to as drones, were in development as early as the 19th century. This development continued throughout the 20th century, finally maturing in the 1980s and 90s.

The drones of the late 20th century were mainly used for reconnaissance, but their utility for offensive operations soon became apparent. During the United States’ “War on Terror,” drones became a hallmark of counter-terrorism strategy, being deployed to South Asia, the Middle East, and Africa.

In more recent years, drones have become increasingly crucial on more conventional battlefields. Turkish drones have played a vital role in military operations in Syria, Libya, Ukraine, and the Nagorno-Karabakh, and the Ethiopian government has also relied on drones in its war against Tigrayan rebels. It is soon becoming apparent that drones can make a massive impact on conventional and unconventional conflict alike.

Hezbollah’s first use of drones against Israel was in 2004, when it flew an Iranian-made drone into Israel for about five minutes before it crashed into the Mediterranean. The group sent another drone, a Mirsad 1, into Israel a few months later in 2005, and this time the drone managed to return to Lebanon unscathed. Hassan Nasrallah, Hezbollah’s leader, boasted that the Mirsad 1 could be loaded with explosives and hit targets in Israel at will.

In essence, this meant that drones could be used as a cheaper version of a guided missile.

During the 2006 War, Hezbollah deployed a number of drones, some of which were used offensively, but most of them were shot down. Since then, Hezbollah’s drone capabilities have improved over the years with Iranian assistance.

Adam Rawnsley, a fellow at the Foreign Policy Research Institute, told NOW that

“[Hezbollah] has consistently honed their drone usage and manufacture over the past 15 years.”

In the early days of their drone program, it seemed like Hezbollah was entirely reliant on Iranian specialists to do maintenance, Rawnsley noted.

He added that Hezbollah’s drone usage really developed during the civil war in neighboring Syria. Using a small clandestine airbase south of Hermel, Hezbollah launched reconnaissance operations into Syria. Rebel groups had infiltrated the border regions with Lebanon, and Hezbollah saw this as a critical front in defending the Syrian government under Bashar al-Assad.

In 2019, Israel launched a preemptive airstrike that killed two Hezbollah operatives, claiming that the men were in Syria to carry out a drone strike on Israeli territory. Vindicating Israeli claims, Iranian media confirmed that both men had studied aerospace engineering in Tehran and were active Hezbollah members.

“Nasrallah recently had a speech where he was saying that [Hezbollah] is now manufacturing these drones, and I would absolutely 100 percent believe him. That is very much the Iranain model of train the trainer and to push capabilities downward,” Rawnsley told NOW.

“We have seen them fairly consistently over the years integrate not just the equipment but also, as we saw with the two Hezbollah guys who were killed [in Syria], they are putting the people and the talent in to learn and train on this, so that they don’t have to be like they were in 2005, just entirely dependent recipients,” he added.

Hilal Khashan, a professor of political studies and public administration at the American University of Beirut, was more critical of Hezbollah’s manufacturing capabilities. “They can assemble them, but I think they need the components from Iran, I don’t think they can manufacture the components in Lebanon… Lebanon manufactures refrigerators and cooking ware, but they assemble them,” he said with a slight chuckle.

One may worry that Hezbollah’s deployment of drones could lead to a larger escalation, or worse, a war, but analysts say this is unlikely.

Rawnsley pointed out that though drones can be difficult to shoot down, “it sounds like they got lucky in this case… A lot of the time, when they try this stuff, more often than not, they get shot down.”

Overall, Rawnsley did not expect to see escalation.

“In the past, we have seen Hezbollah do these things once in a blue moon, and I would not expect them to do too many more of them just because that would be incredibly provocative, and the Israelis would probably start trying to get a little bit left of launch on these things,” he told NOW.

Khashan agreed. “I don’t see [the flyover] as an escalation,” he said.

We have seen them fairly consistently over the years integrate not just the equipment but also, as we saw with the two Hezbollah guys who were killed [in Syria], they are putting the people and the talent in to learn and train on this, so that they don’t have to be like they were in 2005, just entirely dependent recipients.

“The Israeli reaction was mild… If the Israelis really felt threatened they would have done something more significant than fly over Beirut,” he added.

Tensions have always been high between Israel and Hezbollah, especially in recent years, but neither side wants war. The Israelis’ air campaign during the 2006 War led to untold destruction across Lebanon, and Hezbollah cannot afford the human and political costs of such a war. Israel is also not keen on fighting another war in Lebanon, as casualties and the political cost could be too high for them as well.

When asked if conflict could break out, Khashan responded “I doubt it for a good reason. Hezbollah calculates its moves against Israel, and Hezbollah does not want an open confrontation with Israel. Hezbollah calibrates its anti-Israeli activities.”

“The Israelis and Hezbollah are playing a very careful game to avoid escalation,” he added.

Khashan indicated that the incursion into Israel was more of a political stunt than anything else. Lebanon is going into elections in May, and Hezbollah wants to demonstrate to its supporters that it is still strong militarily.

“Hezbollah wants to reassure its constituents and wants to convince them that Hezbollah’s military component has value, and they are capable of doing things and keeping the Israelis on their toes,” Khashan told NOW.

Of course, the elections could be postponed for a variety of reasons, but, until then, Hezbollah is eager to show its strength.

Khashan noted that Israel usually responds to provocations with a heavy hand, but reacted in a relatively minor way to this incident.

“Israel understands Hezbollah’s reasons for sending the drone, and that’s why they responded in kind,” he said.

Lebanon’s economic crisis has taken a serious toll on the country, especially for those who were already living in poverty. The Shiite community, from which Hezbollah draws its constituency, has increasingly shown its displeasure with the group, even taking to the streets in Hezbollah strongholds to protest the group in 2019.

“Hezbollah’s popularity among its constituents has been declining mainly because of the economic crisis,” Khashan said. “The group’s reputation would only suffer more from conflict with Israel,” he added.