The pursuit of power

Mansour Abbas, an Islamist member of the Israeli Knesset, may have taken many by surprise when he became part of the governing coalition last year, but his ascension may just be due to the inability of leftist progressive Arab parties to solve the pressing problems in the Arab Israeli community. 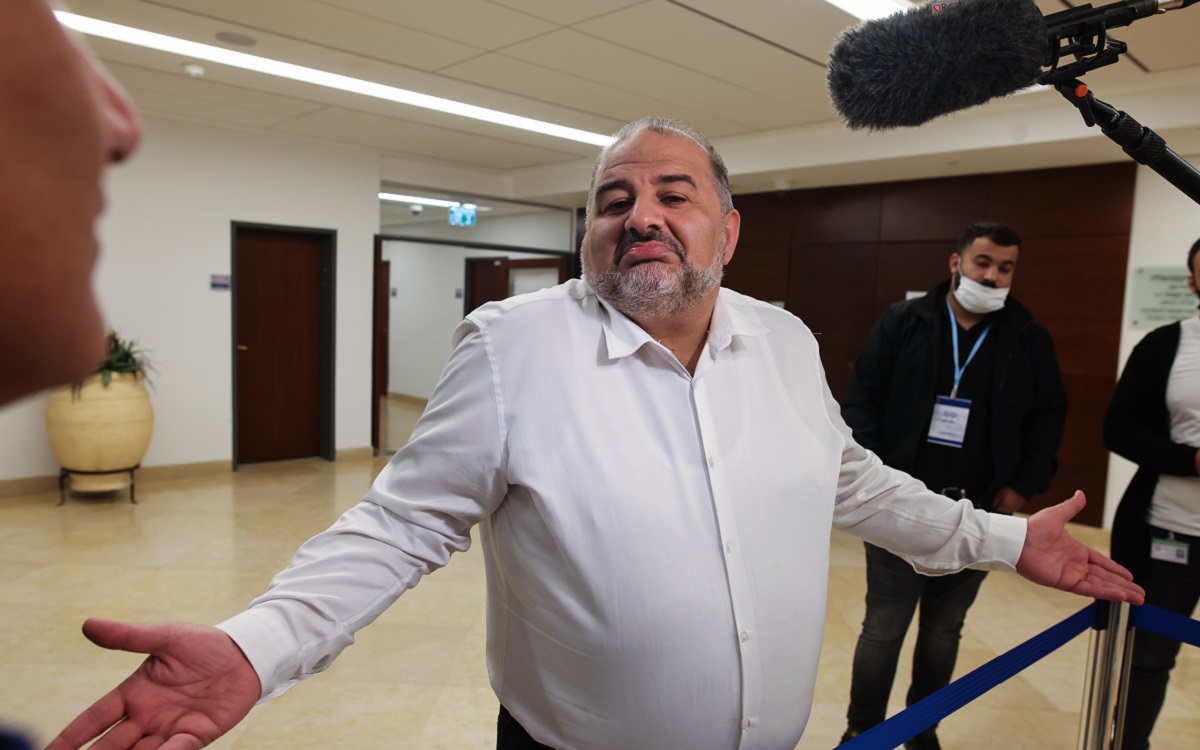 Head of Israel's conservative Islamic Raam party Mansour Abbas gestures as he speaks to reporters following a session at the Knesset, on November 4, 2021. Israeli lawmakers passed the country's first state budget in three years, in a victory for the disparate governing coalition, ahead of a key vote on a 2022 spending package. Photo: Ahmad Gharabli, AFP.

The Jewish-ness of the State of Israel is rarely contested among supporters of Israel, but it’s not every day that an Arab reaffirms this notion. Especially not a Palestinian member of parliament.

But in a TV appearance on December 21, Mansour Abbas, the leader of the United Arab List in the Knesset, broke the chokehold and declared, in Hebrew, that Israel is a Jewish state and will continue to be so. He was also the first Arab political leader to have brought his political faction into an Israeli government coalition.

Mansour has been making daily headlines, challenging the normally static situation of the Palestinian political community in Israel. What Mansour stands for, and how he is being perceived by the Arab-Israeli public, revives natural curiosity and challenges perceptions of the Arab-Israeli community.

So, who is Mansour Abbas, and would the “integration politics” prove effective in the context of the Arab-Israeli community?

So near, and yet so far

The Palestinian citizens of the Israeli state, more commonly known as “Arab-Israelis”, continue to be estranged, dis-attached from the Levantine and Arab political environments, despite the fact that this is where they belong.

Following the peace process and its consequent failure, Arabs have become further distant from their blue ID fellow Palestinians by the day. Their tragedies, concerns, victories, and way of life find boundaries at the Green Line, a “border” that does not even intersect the states of Lebanon, Syria, and Jordan, but rather is intergalactically remote.

Deconstructing and investigating the deteriorating relationship with these Palestinians could be arduous and exhaustive; in other words, it has become increasingly clear that what goes on in Haifa or Nazareth has become deeply dis-attached and irrelevant to Arab daily news intake that Abbas’ rhetoric would surprise many, if not all Arabs, to say the least.

The Palestinian community in Israel has been surviving in the reality of a Jewish state for decades. Ever since the dismantlement of military rule in the Palestinian towns in 1966, the Palestinians living in the state of Israel have had to face further social and economic trials and hardships. A report by Amnesty International released in 2020 stated that “Israel continued to discriminate against Palestinian citizens of Israel in areas of planning, budget allocation, policing and political participation”. Activists counted 65 laws that discriminate against Palestinians.

Their tragedies, concerns, victories, and way of life find boundaries at the Green Line, a “border” that does not even intersect the states of Lebanon, Syria, and Jordan, but rather is intergalactically remote.

Moreover, in the years following the Second Intifada until today, another issue threatening these Palestinian communities is rampant violence.

Today, around 60,000 Palestinian men work for mobs, loan sharks, and other organized criminal organizations, according to local reports. A crime wave has been plaguing the community for the last couple of years, claiming the lives of 97 Palestinians in 2020.

This continued strain of violence and murder may have engendered an Arab-Israeli shift in politics that was never before possible, finding home in an Islamist from the North, Mansour Abbas, or as Israeli newspapers and international media alike called him, the Kingmaker.

A man from Maghar

Considered an obscure politician before his move to join the government coallition in June 2021, Abbas was born into a traditional Palestinian family and grew up in Maghar, a mixed Palestinian city in Northern Israel (where he still lives today). He later attended the prestigious Hebrew University, where he earned his degree and license in dentistry. At Hebrew University, Abbas flourished in politics as an active member in the Islamist movement. He rose in the ranks of the movement and according to the Knesset website, eventually contributed to the make-up of their charter.

He is a devout follower of Islam and even gives sermons at his local mosque, where his charisma and amiable persona has attracted hundreds. Abbas’ Islamism pertains to the political brand of the founder of the Movement in the country, the late Sheikh Abdulla Nimar Darwish.

Sheikh Darwish is another political figure that has created controversies. After he was imprisoned for two years in Israel, he publicly supported the peace process and led the first normalization movement within the largely conservative Muslim population. Sheikh Darwish was responsible for the Southern Branch of the Islamic Movement, laying the grounds of opposition to other Islamists in the country who rejected Oslo and any form of political cooperation with the Jewish state.

Mansour Abbas, who is more audacious in his approach towards normalization, rose to fame after he met up with the ever-so antagonistic Benjamin Netanyahu in May 2021 in an attempt to salvage his chances in his fourth election bid in just 3 years. Netanyahu seemed to have found an unconventional partner in Mansour Abbas.

The Israeli former prime minister’s divisive record with the Palestinian population revolved around inciting bigotry against them whenever it was politically expedient. Bibi has henceforth been one of the most damaging Israeli politicians towards the national liberation prospects of the Palestinians. In his more than a decade as PM, the Jewish settler population in the West Bank has grown exponentially, further damaging any prospects for a Palestinian state.

His expansionism has been noted further by the American recognition of East Jerusalem and the Golan Heights as Israeli. Netanyahu has been an opponent of peace and an instigator of rage and bigotry towards the Palestinian community.

The weight of Bibi’s and the Likud party’s transgressions bids clear and honest opprobrium of Abbas’ “integration”- focused rapprochement and his verity as an Arab Knesset Member.

Quite phenomenally, Abbas put forth concessions never given up by any other Arab politician historically. Abbas deliberately sought out the word “occupation” and embraced the right-wing Israeli rhetoric. The Joint List and Hadash party leading figure Ayman Odeh has denounced Abbas’s maneuvers.

Demonstrations against Abbas broke out in Nazareth following his first meeting with Netanyahu last May; nevertheless, the degree to which opposition to Abbas has become popular is debatable.

To the tragedy of his former coalition partners Odeh and Ta’al leader Ahmad Tibi, Abbas has struck a nerve and appealed to many of the “average” conservative Palestinians who have failed to see any progress in their situation, as leftist progressives had dominated Arab politics for decades.

Abbas’ obsession with the “eradication” of violence and crime in the community remains his strongest stance. However, nationally proud the Palestinians remain, the concept of integration within Israeli politics in order to ameliorate the situation in the community has been rather persuasive. A portion of the Palestinians are seemingly willing to step over their hearts and accept such political gestures despite their national pride. A new poll by Panet demonstrates Abbas at 47 percent support within the community, more than 20 points higher than Hadash’s Ayman Odeh.

To the tragedy of his former coalition partners Odeh and Ta’al leader Ahmad Tibi, Abbas has struck a nerve and appealed to many of the “average” conservative Palestinians who have failed to see any progress in their situation, as leftist progressives had dominated Arab politics for decades.

This political reality, which Abbas has accepted and is capitalizing on, revolves around a Jewish state which controls everything from the river to the sea. Building on Abbas’ venture, there is a suggestion that only through collaboration with this state can the Palestinians secure small victories which are crucial for the economic and political advancement of their communities. Some Arabs may call Abbas’ supporters “Uncle Toms”, or any other derogatory epithet, but his promotion of the integration of the Arab populace within the state is a forced reality, and it’s an Islamist taking on the reins.