US State Secretary Anthony Blinken discussed with his French and Saudi counterparts “the need for Lebanon’s political leaders to show real leadership by implementing overdue reforms to stabilize the economy and provide the Lebanese people with much-needed relief.” 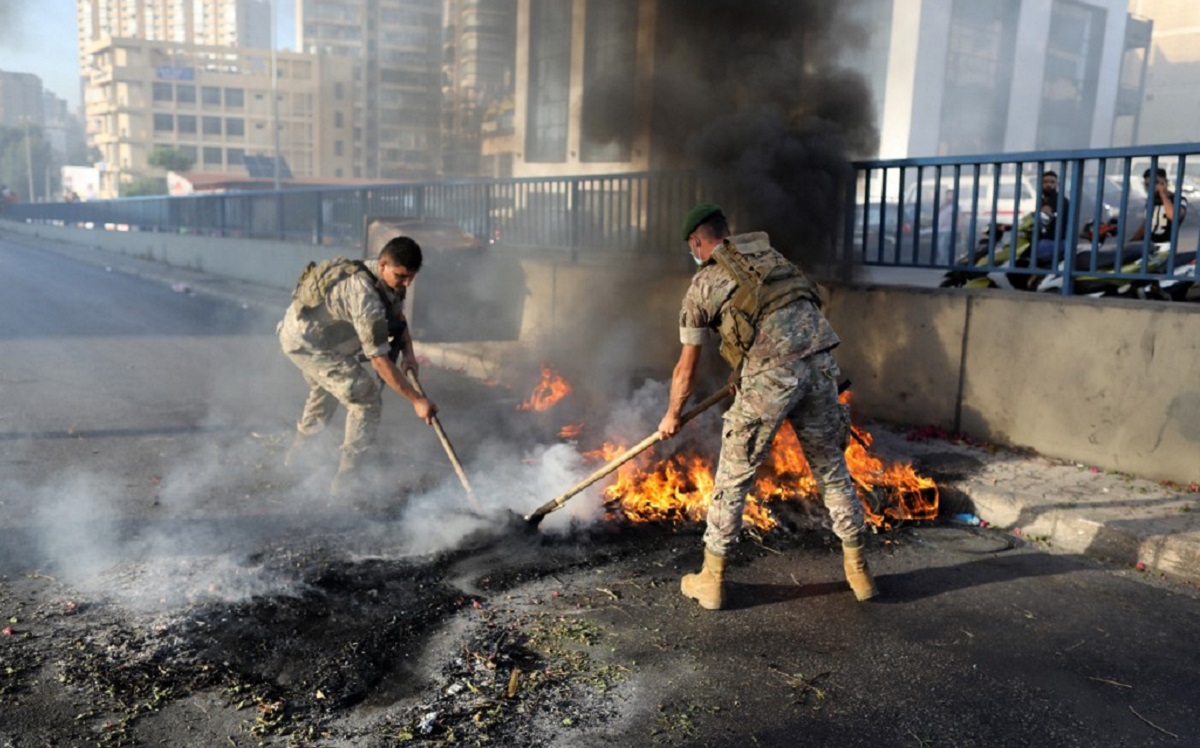 Lebanese security forces try to put out a fire set up by demonstrators during a protest at a main road in Lebanon's capital Beirut against dire living conditions amidst the ongoing economical and political crisis, on June 28, 2021. Photo: Marwan Tahtah, AFP

The top diplomats of the United States, France, and Saudi Arabia on Tuesday jointly pushed for Lebanon’s squabbling leaders to come together to address the country’s mounting crises, AFP reported.

US Secretary of State Antony Blinken held an impromptu three-way meeting on the Lebanon troubles with his Saudi and French counterparts on the sidelines of talks of the Group of 20 major economies in Matera, Italy.

The three discussed “the need for Lebanon’s political leaders to show real leadership by implementing overdue reforms to stabilize the economy and provide the Lebanese people with much-needed relief,” Blinken wrote on Twitter.

Lebanon has been without a functioning government since a massive blast in Beirut in August 2020 killed more than 200 people and ravaged swathes of the Mediterranean city.

The political indecision comes amid an economic crisis that includes massive waits for fuel and a tumbling value of the Lebanese pound.

The United States, Saudi Arabia, and France are key players in Lebanon, having worked together on the 1989 Taif accord that ended a bloody civil war and established a complicated agreement to split power among the country’s communities.

Another major actor is Iran which supports the Shiite militant movement and political party Hezbollah.

Blinken repeatedly discussed Lebanon on a week-long European tour including with Pope Francis and  French Foreign Minister Jean-Yves Le Drian, who he also saw on Friday in Paris.

Blinken also met separately in Italy with Saudi foreign minister Prince Faisal bin Farhan and said he raised both the war in Yemen and human rights.