We just want to keep living

NOW’s Dana Hourany reflects on the burden of living without the bare utilities and necessities, the permanent struggle to provide for the family and the urge to leave Lebanon. 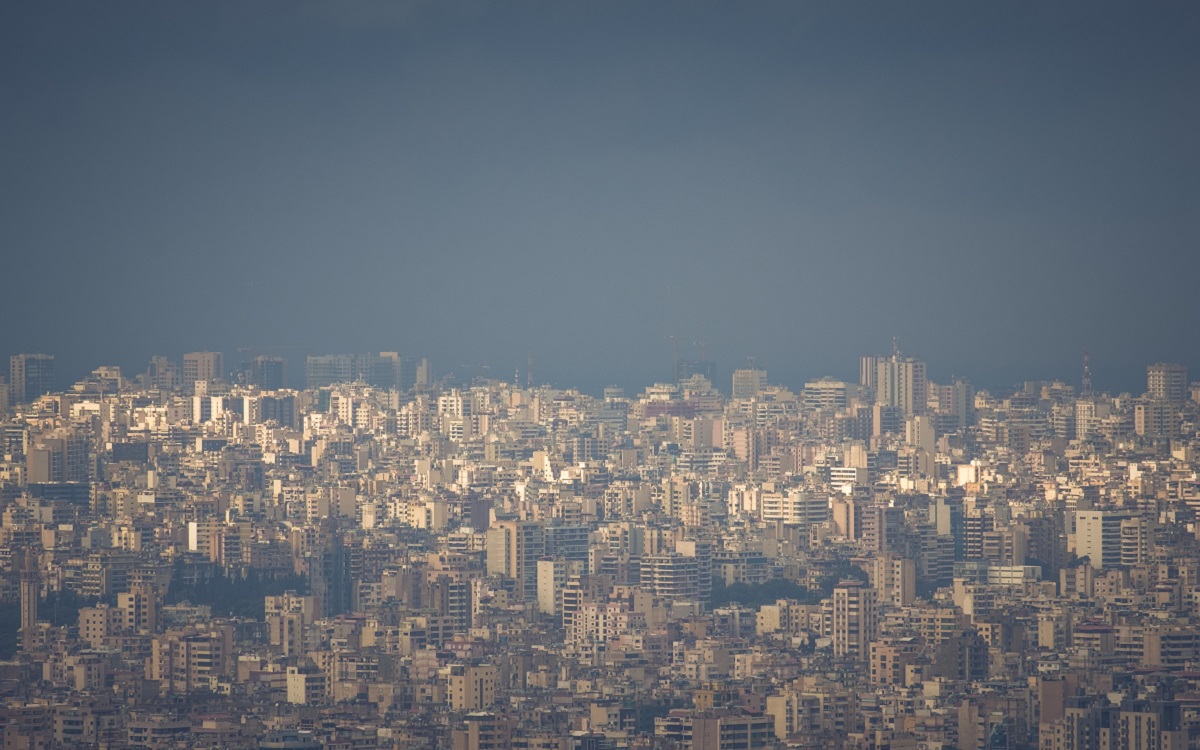 Hope remains beyond the horizon for many Lebanese young professionals who struggle to make ends meet amid shortages and penury. Photo: Jo Kassis, Pexels.

It started with four hours.

Two weeks ago it was twenty hours, and, as of yesterday, it has become a complete twenty-four-hour blackout.

I put my laptop in my bag and rushed towards the nearest coffee shop, in hopes of finding a place to sit.

What was once a place where one would spend two hours has now become a study and work hub for students and young professionals who have been kicked out from their own homes, where they were working from to keep COVID-19 at bay, by increasing power cuts.

Charbel, a 28-year-old freelance video editor sits alone working on his computer from 12 pm to 7 pm.

When I asked about his lengthy stay, he replied with a simple:

I want to keep living.

A simple statement that should have made sense but, in fact, does not.

We sit powerless as we are robbed of our future, taking one hit after the other.

First, it was the lack of access to our money. And then, the dollar’s plummet, then the gas, now electricity. The Lebanese constantly repeat “what is coming is even worse”.

But we want to keep living.

What does “living” mean in this country?

It means following the electricity’s mysterious schedule to recharge your phone or your laptop.

It means rushing to do your laundry as if it were a life or death situation because once you missed your opportunity while power was on, you might have to wait a whole other day.

It also means switching your priorities from trying to thriving mode to simply try to survive.

“My dream was to buy a nice car, a decent house, and get married. Now I either want to leave the country or find a better paid job, I do not care about anything other than fresh dollars,” Joe, 26, a software engineer, told me.

Joe and I used to be close friends prior to the economic crisis but friendships fell short in the face of the giant ruler of Lebanon, the US dollar. Our encounters became limited as he worked overtime to try to make ends meet. He is the sole provider of his family.

Joe’s face looked paler, his body skinnier, and when asked a simple “how are you?”, he looked at me with dead eyes as if I did not already know the answer. “Surviving”, he said.

Joe’s responsibilities have doubled in the past couple of years. And he is not the only one. Nowadays, many Lebanese in their 20s and 30s  do not look at opportunities to provide for themselves, their leisures and future plans. They are compelled to divert their focus to taking care of their parents, and making sure food was on the table at the end of the day.

What was once the responsibility of their parents, became theirs.

In addition to an entire generation that can no longer access their funds, their savings, their pensions, COVID-19 lockdowns rendered online work as the norm. The job market has become very limited, and now even those who could earn sustainable salaries were required to be able to adapt well with technology and multitask various online jobs.

This switch to online work meant that the younger generations had access to more job opportunities, which flipped the roles of primary caretakers in many families.

Joe’s dream of marriage was therefore put on hold. But for my other friend, Ali, his dream of buying a house and starting a family, it has been one pain after another.

Ali, 25, never fancied school much. But he had a life plan. He joined the military like his father, and for about 900$ a month, back when the dollar rate was still at 1500 lira, things were looking good for him.

But the dollar rate started to increase until it reached a staggering 20,000 lira to $1, reducing Ali’s salary to $70 per month.

This switch to online work meant that the younger generations had access to more job opportunities, which flipped the roles of primary caretakers in many families.

His dad had been able to build a household out of the same job. He fed, clothed, and educated five children with the same salary. That was also Ali’s plan, to simply follow his father’s suit. But that would be impossible now.

But Ali says he wants to keep living.

He now relies on help from family abroad. A couple of 100 dollar bills could make the world of difference to the young man.

Sabine, 60, survived the civil war and she described it as “heaven in comparison to this nightmare”.

“You could tell the exact location of the danger so you just avoided it. Other than that, we used to eat a whole sheep if we wanted to because we had enough money, it could not be compared to today.”

During the war, they could eat a whole sheep when they wanted. Today, many Lebanese struggle to buy essentials.

A war is at least a comprehensible threat.   Now, the threat to survival comes from every aspect of life, and  grows in size by the week, leaving a whole generation confused, drained, and unsure where to find the nearest escape.

“I’m really not strong”, Joe said. “I know a man needs to be strong but I feel like I carry a heavy burden that one day might kill me.”

He was looking at opportunities outside of Lebanon, but due to the heavy load of applicants from the same country, Joe’s chance of landing a decent job abroad requires more than just his years of experience.

“I’m thinking about taking more classes to widen my array of expertise. Two years ago I wasn’t sure this was a job I wanted to do my entire life, now I don’t care about personal feelings, I care about having better living conditions.”

He reduced his outings to once per week, calculated his budget to make sure he had enough for him, his mother, and his brother, ate whatever was available, and stopped complaining.

“If my mom makes mujaddara, I’m eating mujaddara. I just don’t want to starve. We can barely keep the meat in the freezer with all the power cuts so it does not matter what we eat as long as we do eat,” he added.

The personality shift Joe had to undergo to survive the struggles of Lebanon is not an indication of a strong, resilient character but rather a form of “freeze” mode.

In psychology, the fight or flight stress responses meant that you perceived the threat as either beatable (so you fight) or too powerful (so you choose flight).

But consider the case of a person that found himself confronting a pervasive opponent, one that they can neither be escaped nor defeated.

The brain could not have prepared for the events it found itself amidst, the body’s responses could not assist the person as no solution seemed viable, no fight could be put up and there was nowhere to flee to.

So people dissociate from reality. They freeze in place, adapt to the circumstances as best they can, and numb the pain.

No savior was coming to the scene and the opponent seemed to attack from all sides.

“Under such unnerving circumstances, “freezing up” or “numbing out”—dissociating from the here and now—is about the only and (in various instances) the best thing you can do. Being physically, mentally, and emotionally immobilized by your consternation permits you not to feel the harrowing enormity of what’s happening to you,” Dr. Leon F. Seltzer wrote.

So people dissociate from reality. They freeze in place, adapt to the circumstances as best they can, and numb the pain.

“It’s not about pain, it’s about the uncertainty,” Joe explained. “You never know what you’re going to face when you wake up and that makes the monster harder to defeat because you never know where the next hit is going to come from.”

Experts diagnose the Lebanese as depressed, anxious, fearful, traumatized.   The population, particularly the young, are unwitting soldiers in a war neither seen nor heard, but rather felt by the body beyond normal sensory comprehension.

Many Lebanese have relied on faith to keep going through the layers of crisis.

“This is God’s will and God will be our only savior,” a 60-year-old shop owner told me.

Others choose to cope using humor, so they share funny content and endless memes about the crises.

And a portion of people express their emotions through art, literature, and more serious content.

But whether it was through prayer, humor, or art, we each clutch our weapon of choice and go blind  into battle every day against an undefeatable opponent that has invaded our lives, killed our motivation, depressed generations, and left us stuck spinning in a whirlpool of uncertainties.

They made us fear civil wars, foreign invasions, guns, and tanks but they did not warn us against the primary enemy, one that had several faces and that targeted all of us at once.

It was a whole political system made up of mafias and militias.

This system gained power after the civil war and all its members, political parties and sectarian divisions, are tangled branches out of the same rotten tree.

The financial decisions pile up daily: do I buy coffee, or do I pay for a taxi?  Do I skip breakfast or do I skip lunch?

Lebanon’s population wakes up each morning to prepare for new confrontations with a shape-shifting enemy.

Soldiers, straddle your boots, wipe your sweat and get yourselves ready for whatever may come.

The financial decisions pile up daily: do I buy coffee, or do I pay for a taxi?  Do I skip breakfast or do I skip lunch?

No, I choose to walk in the heat so I can afford the coffee. Work comes first.

Back to my office.  The coffee shop.

I remain seated in the same corner until late at night, the employees become the saving grace of my day. Their friendliness makes it easier to cope with the harshness of the situation we are all in.

But rumors have started circulating about cooking gas shortages.  My mother panics.

I tried and failed to reassure her. Joe’s mother also panicked, he could not reassure her either.

Neither one of us has electricity, nor cooking gas.

We both freeze. I then lock myself in my room and cried.

I want to keep living.

I repeated to myself:

I just want to keep living.