Art Dubai fair offers an opportunity to Lebanese creators to remind the world of Beirut’s story. 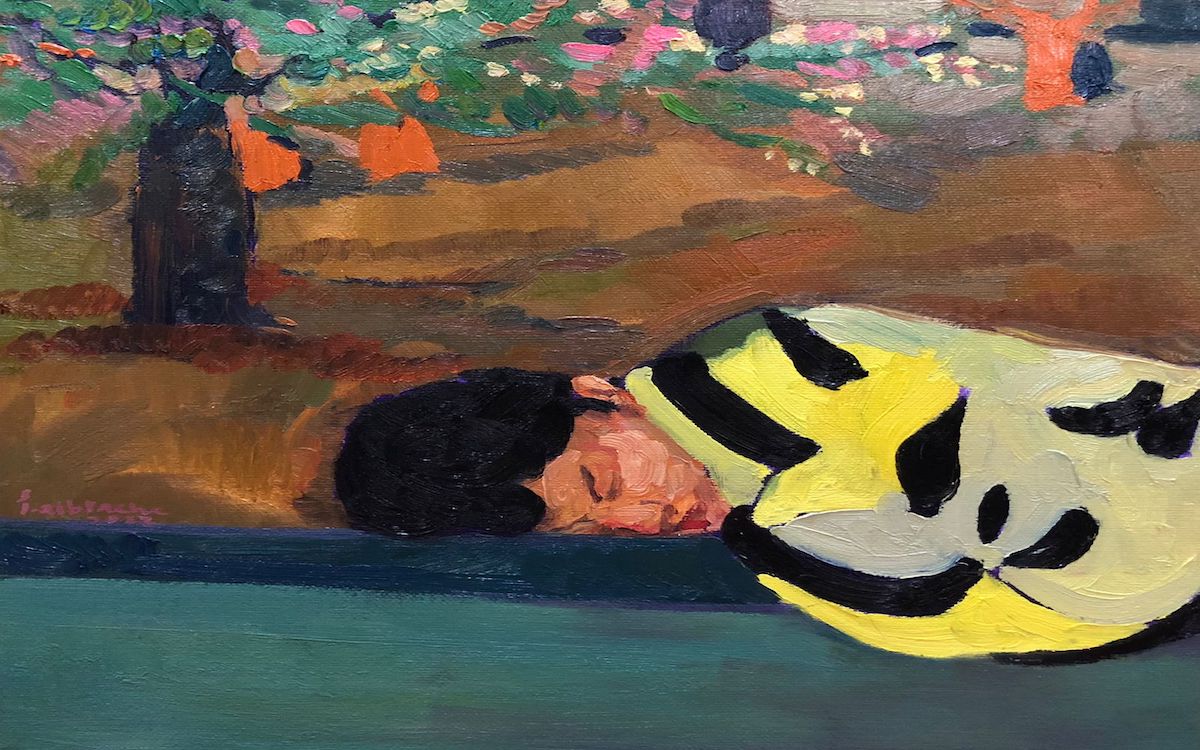 Between economic freefall, the pandemic preventing exhibits and fairs, and the 2020 Beirut blast destroying many cultural spaces around the city, Lebanon’s art scene has taken hit after the hit in the past few years

Art Dubai returned this weekend for its largest edition yet after its pandemic absence, offering Lebanese artists and galleries a chance to showcase their works outside of Lebanon to potential collectors. Such opportunities are vital to Lebanon’s creators, as they not only generate awareness about the work of the artists and the dire situation they now live in, but ensure fresh currency payments for their pieces.

“There’s a huge collecting community of Lebanese art in Dubai, and after the blast even more so,” Art Dubai artistic director Pablo del Val said. “Dubai and Beirut are very close already and I think even more now, so some of the leading artists that exhibit in the Dubai galleries are Lebanese.”

The Sfeir-Semler Gallery, Saleh Barakat Gallery, and its sister space Agial Gallery, are the only Lebanese spaces at the fair this year. With the cost of shipping and renting a booth, some have been unable to attend – such as Galerie Tanit, Art on 56th and Galerie Janine Rubeiz.

In the modern art section of the fair, Agial Gallery is presenting a retrospective of painter Bibi Zoghbe. On the contemporary side, Saleh Barakat Gallery is spotlighting nine Beirut-based artists.

“In the four days I left Beirut for this fair, the price of fuel has gone up more than once, the electricity has gotten worse. It’s very hard to do anything as a gallery without electricity,” gallery founder Saleh Barakat told NOW Lebanon. “We’re trying to see how to keep going and we’ve taken that decision to stay open, with hope for our country, the people who work with us and the artists we represent, whose livelihoods are tied to us.

“The priority is to be given to young artists living in Lebanon as a support to them, to help them sell their work to people outside of Lebanon, so they can get fresh dollars for their art,” he added. “This year we chose greens and blues as the theme of the booth, so we have works in that palette by Serwan Baran, Anas Albreahe, Nadia Saffieddine, Hala Ezzeddine, Mazen Rifai, and others.”

Although Lebanese galleries are few at Art Dubai this edition, Lebanese artists are many, represented by foreign galleries around the world.

The wooden cabinet has three wheel cranks, one of which plays the instrumental version of the Rahbani brothers and Fairouz’s “Li Beirut.” The other two rotate story collages, told through archival newspaper clippings and photos from 1982.

“It’s the story of the invasion of Beirut in 1982, planned by Bachir Gemayel and Ariel Sharon. Their intention was to turn the Palestinian camp of Sabra into a zoo,” Tarazi said. “[The box] is basically about how us humans get trapped in our own histories, that are fueled by violence and historical narratives, and we ended up being like trapped animals. This is an imaginary landscape of what the zoo looked like and it’s based on the archaeology that you find in Lebanon.

“I have a huge library of archival images. We live in this age of a hyper abundance of images and there is this necessity that I find, to recycle, to digest, to reinterpret, to appropriate, to steal, so all of this is made up 1000s of images collaged together to form one 12 meter-long landscape, which is the landscape of the zoo,” Tarazi added. “And then you have the historical narrative of Bachir Gemayel and the narrative of Ariel Sharon and the whole thing unfolds.”

Lebanese photographer Dia Mrad’s “Reframing Beirut” series was spotlighted by Palestine’s Zawyeh Gallery, displaying his captivating snaps of Beirut’s heritage buildings before and after the blast, as well as the damaged port silos currently contested for demolition.

“In March 2019 I started documenting the heritage of Beirut. It was after a vacation in Europe and I was jealous, because they’re taking such good care of their architecture, and we also have beautiful architecture full of history,” Mrad told NOW Lebanon. “On July 28, 2020, six days before the explosion, I had finished documenting Gemmayzeh and Mar Mikhael…then everything blew up.

“I was invested in promoting the importance of [preserving] heritage. I was always scared that this heritage would disappear, that the next generation would not see it and be inspired, like I was inspired,” he added. “So I retook most of the shots, but they were destroyed and I did a lot of side-by-side comparisons. I also started working with NGOs and reconstruction efforts, using my photos as a very recent archive to show how the buildings were, for applying for grants.”

One of Mrad’s most famous shots is of a blue heritage house blown open during the explosion, with a printed canvas of Gibran Khalil Gibran peeking out from the collapsed wall. The photo, taken the morning after the blast, went viral on social media at the time and made the rounds in several newspapers. The canvas collapsed two hours after Mrad had taken the shot.

Mrad sees Art Dubai as an opportunity for Lebanese artists, as much of the cultural infrastructure supporting them has collapsed in Lebanon over the last three years – some due to being economically unable to keep the lights on, or still recovering from the physical damage to their spaces in the blast. The economic depression also means people have little interest in buying artwork when food and fuel is barely affordable.

“Galleries are reopening slowly now and we’re almost two years into it. I think a lot of Lebanese artists found themselves needing to go abroad to show their work…and Art Dubai is the perfect platform,” he said. “They’re a stepping stone to a more international community.

“I’m very happy that we get to keep Beirut in the news. We’re still pretty much in the same place. We’re still lacking funding for the reconstruction. Corruption is still ravaging through the country,” he added.

“I think more than ever, it’s very important for the artwork to be shown outside Beirut, for the world to really know what happened because somehow it’s history for a lot of people, but it’s actually our reality, our day to day life.”

Maghie Ghali is a British-Lebanese journalist based in Beirut, reporting on cultural, environmental, and humanitarian topics in Lebanon and around the MENA region. She is on Twitter @mghali6 and on Instagram @maghieghali.