Between occupation and preoccupation

Similar to that of Lebanon, Ukraine’s fate lies in the hands of a neighboring bully, writes Eli Khoury. 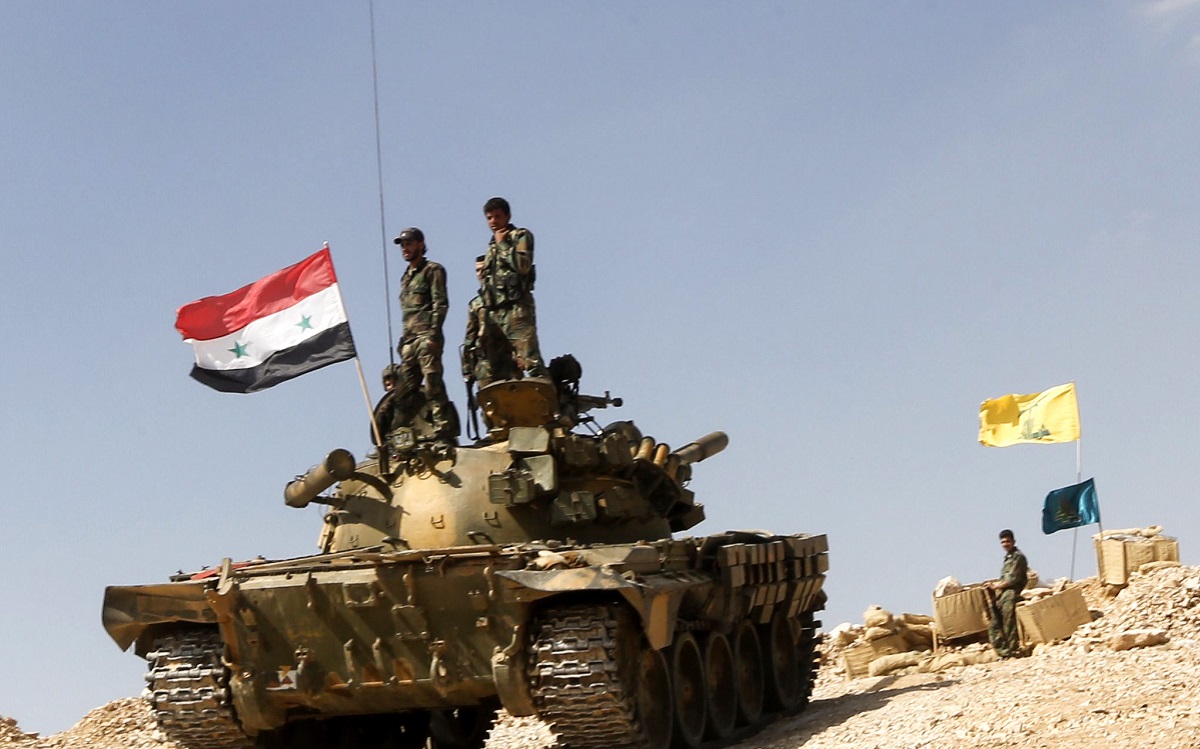 "Self-destructive political resignation and extreme tribalism or individualism do not come from a void. They are the commodity of oppressed people feeling alone and left to their fate, something we’ve seen happen to the best of nations". Photo: Louay Beshara, AFP.

The term occupation might be a bit of an exaggeration. But the outcome, whatever you want to call Iran’s vulgar hegemony over the Lebanese republic, is nothing short of an atrocity.

By understating the Iranian Revolutionary Guard’ s branch as a “legitimate” and “democratically” elected “Lebanese” party, one might want to pretentiously dumb it up, like French President Emmanuel Macron, nuclear deal enthusiasts and some local or diaspora wannabes. But that does not change the fact that it is neither, and will never be.

Appeasement is a Western preoccupation and has been for a while. Business-driven for sure, but let us not kid ourselves, it has nothing to do with either “peace” nor its little companion “stability.”

For the sake of that preoccupation, however ill-fated it has proven time and again, Lebanese are meant to swallow the grandest robbery, explosion, murders and aggression in recent history as a local affair of mismanagement and corruption. Not the result of the neighbor’s blunt racist and bigoted aggression that it really is.

Roughly meaning: “You did it to yourselves, now live with it. Meanwhile, here’s a bowl of soup and a box of band-aids.” A painfully partial reality dubbed as a whole, simply because it is a comfortable one. Comfortable because it renders the crime a misdemeanor, the victim a consenting seller and the invader a mere willing client.

Still, did the Lebanese do it to themselves?

In many ways yes. But.

Self-destructive political resignation and extreme tribalism or individualism do not come from a void. They are the commodity of oppressed people feeling alone and left to their fate, something we’ve seen happen to the best of nations. More acutely, the feeling that their tiny, beautiful home is nothing but a ball at the feet of overinflated bullies.

But what about the extreme corruption and appalling lack of ethics at legislative and executive levels, one is quick to ask? The answer might be a little surprising, though it shouldn’t be at all.

Ours is now a failed state chiefly because those holding it hostage, since the 70s, were and remain nothing but failed states in and of themselves.

Such nauseating political class is systematically the product of appeasement. That is when you insist on appeasing a bullying behemoth at the expense of a tormented nation, you end up giving a free pass to crooks and dummies. “Normal” people will certainly end up pushed or shying away from public service.

Ours is now a failed state chiefly because those holding it hostage, since the 70s, were and remain nothing but failed states in and of themselves. Think post-WWII Germany, and what it meant to live on both sides of the divide. In the East there was a failure, in the West, success, and go from there.

Now, whether a president, minister, diplomat, cardinal, sheikh, activist or pretender understands this or not, becomes a question of a match between morality and interest, with the former absent most of the time.

Why? Because business dictates. For “peace”, to some of these people, means just a certain temporary “stability” – no matter at whose expense, at what cost or when that happens – that one is able to use for an agenda or the next elections.

What happens later is another story, but it is one that the Lebanese know all too well. For over fifty years, the deteriorating political class that sold short and devastated the country was nothing but the product of consecutive appeasements, domestic and international alike.

Living on the edge

Within a similar and current geopolitical context, Ukraine might end up better than Lebanon. Not only for the largesse and tangibility of its land and geopolitical significance, or a lack in exceptionally mercantile political class, but also because – in Lebanon’s case –  intangible assets, such as cultural impact, remain too complex a concept in primitive thought processes.

On the edge of East and West; sanction and appeasement; occupation and preoccupation, the lives of the people who live on the edge, in between, don’t matter.

Self-destructive political resignation and extreme tribalism or individualism do not come from a void. They are the commodity of oppressed people feeling alone and left to their fate, something we’ve seen happen to the best of nations.

But, there are times, no matter the prospects, when the most honorable, logical and legitimate thing to do is to just say No. For the consequences of a “yes” or a “maybe” are already, and will be, far graver.

“Life, liberty and the pursuit of happiness” are an “inalienable” set of rights available mostly on one side of that divide, right where our hearts, families and majority reside.

“East is East, and West is West, and never the twain shall meet” – except at the border gates of the Anti-Lebanon Mountain range if any.

Eli Khoury is the publisher of NOW and is a co-founder of the Lebanon Renaissance Foundation. He is on Twitter @eli_khoury.