Constitutionalist and Reformist, allies or foes?

History tells that only when the two homegrown mainstream currents met, constitutionalist and reformist together, did achievements of national scale ever materialize, writes Eli Khoury. 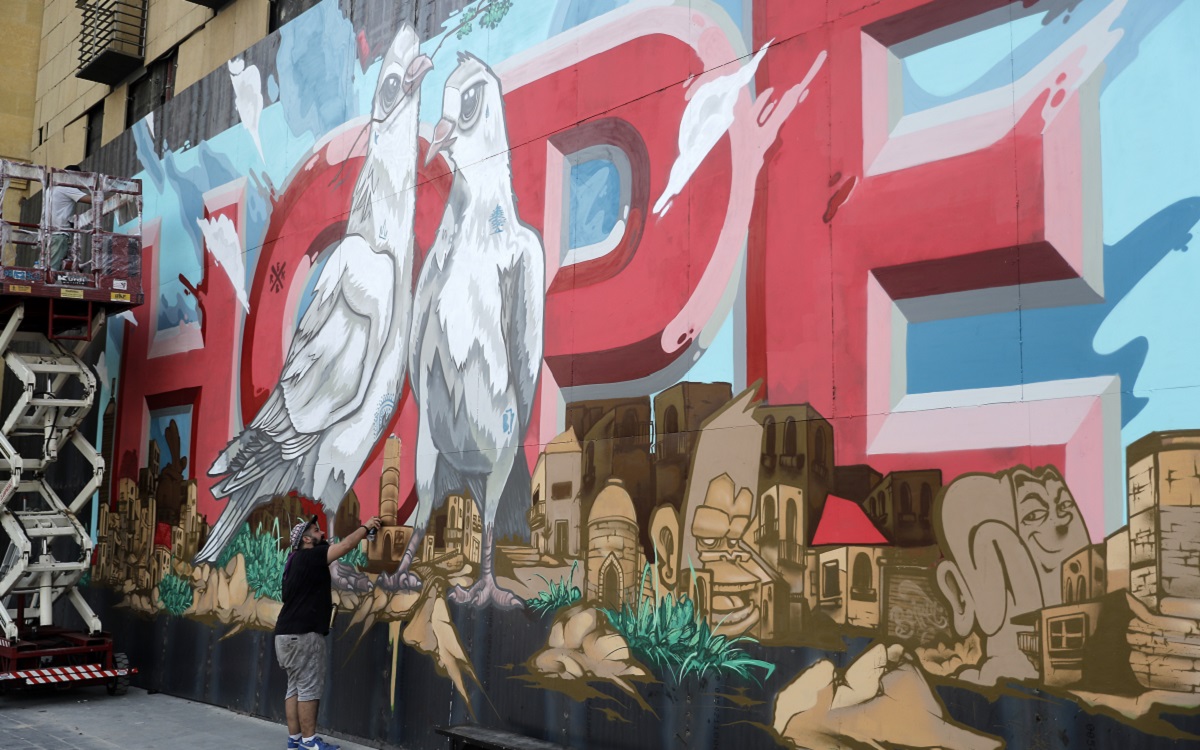 "Though the size of constitutionalists and reformists vary between sects and regions, it has never been static. Our majorities, like pebbles, shift generationally along Western cultural waves and Eastern geopolitical tides." Photo: Bilal Hussein, AP.

Granted many good people had previously and innocently thought avoiding or downplaying the Party of God’s role in our national misery was the smart thing to do.

Granted also that these have, since August 4, 2020, somewhat adjusted their quivering needle towards the Party of God, formerly referenced as the “elephant in the room.” Some more clearly, others less so; some by choice, others by fear of missing out.

But having dragged one’s feet to one side just recently does not render others already camped at the other side to be, as the trending justification goes, radical, polarizing, or irresponsible.

Nor that these others have ever preached the Party of God to be the sole source and only responsible for our misery.

Rather that it is the only powerful crippler of any potential progress or the slightest reform.

Rather that it is a theocrat on a mission from God, one that boldly insists your culture, history, character and constitution are fit for nothing but a “brothel,” is an oxymoron to whatever reform slogan one might chant.

Rather that this militia, irrespective of the resistance paint job covering the deep chauvinistic rust, has no more domestically relevant reason for existing other than proxying its proudly and clearly stated ultimate boss, Iran. A viciously radical supremacist, expansionist and dreadfully managed foreign theocracy. Nothing more, nothing less.

One can suppose that mere fear or lack of knowledge grants one a free pass to prioritize issues and avoid others, such as the supposedly mother of all issues, permanent peace or permanent war with Israel.

Or that this fear or lack of knowledge grants one a free pass to rig the compass because one did not like where the needle is pointing. For no matter how one carries a functioning compass, the needle will always point north; or south for that matter.

Physics alone, such as August 4, 2020, will drive the needle of the compass, not theories.

One can also suppose that, with affordable variables, a modern, secular, efficient, healthy, stable and prosperous democracy is what the two sides of mainstream want, when they have finally decided to join forces, as they did in 1920 (Greater Lebanon), 1943 (Independence), 1989 (Taef) and most recently, the Cedar Revolution in 2005.

The importance remains, as it did in 2005 and previously, for an influencing majority to come to terms with one “reality”, and to make sure it remains so, irrespective of who started right or wrong or not at all.

For such a noble call, no conscience cleansing or justification are required by either side towards the other. Simple mutual respect when achieved will suffice.

In that reality, the problem was never the Party of God per se, rather a trans-generational curse that had plagued this country for the past five or so generations.

That is, clearly and without nuance, the “Axis of Resistance” currently promoted by the Party of God and the Free Patriotic Movement.

Disagreements abound, those who have been there, done that and bought a T-shirt on either constitutionalism or reformism, know all too well that it is the same crap with different names, every couple of generations or so.

It has always been the case: in the 70s, for instance, the Lebanese Front was the constitutionalist and the National Movement was the reformist. So on and so forth.

The actual national fault line is in reality much more generic and common than observers would like to believe.

The “sectarian rift” presents an easy way out of the truth and the burden or embarrassment that comes with it.

These two homegrown cross-sectarian tendencies have had the same characteristics throughout history, however in varying levels, shades, and strains, and certainly not so black and white except for the sake of simplicity.

To most constitutionalists, Lebanon is infinite and has an impressive history and future, hence extremely protective of sovereignty and of the natural ties to the West.

To most reformists, Lebanon is a transitory situation in waiting with no tangible history or future, hence is lax on sovereignty and keen on a supposed destiny that melts in the vague, yet to be defined, Mad Max-inspired East; the near side of it to be exact.

Examining these recurrences alone, and their successively more devastating outcomes every couple of generations or so, should tell us something.

Not seeing the link, is why many never understood what really happened in 1920, 1943, 1989 and 2005. That is why also many, seeing the link, feel October 2019 was a rehearsal that will gradually and naturally mature to an honest and effective challenger to the forcefully imposed status quo of perpetual and destructive failure.

However, history tells, only when the two homegrown mainstream currents met, constitutionalist and reformist together – without supranational actors, did achievements of national scale ever materialize. The examples are many, the landmarks are 1920, 1943, 1989, and 2005.

Though the size of constitutionalists and reformists vary between sects and regions, it has never been static. Our majorities, like pebbles, shift generationally along Western cultural waves and Eastern geopolitical tides. While, except for fringe frantic political minorities here and there, the ‘millet’ self-identification is rather territorial, hence federative, not supranational religious.

Not without any foundation, but the exaggerated fringe supranational, ergo foreign, religious fault lines that render a merely political competition into an existential conflict have always popped up whenever the Axis’ grip and imposition were challenged or in decline.

Their opponents, however, not always bearing the required wit and will, fell rapidly into the trap.

The Axis may not be the only source of our problems, true. But it certainly is the most damaging and deadly of all, as it has proven to a majority of previous generations.

The finger is neither pointed at mainstream left nor mainstream Shiites. Same way it should not be pointed at any other sect or people with mainstream homegrown or worldly ideological affinities or fears.

The finger should point at the odd, illegally imported and most deadly first, and at the miserably corrupt homegrown excuse of a political class second. Not at all on par, as there is in fact a first first, and a second second.

Ours is a body that incorporates enough of both East and West within itself by itself, and mostly without force.

It is that instinct of survival within any free soul that prefers dialogue and trade to imposition and conflict.

But bodily intake of, and tolerance to, foreign intrusions have limits, and excess will only bring damage to the cells.

Exposing any body parts to an excess of foreign agents is in all cases foolish, cancerous and potentially deadly.

That is why, placing ties with the US, Europe, or the Gulf at parity to those with Iran or Syria, for example, or placing homegrown baddies at par with the Party of God, SSNP, and the likes, won’t cut it.

For there is a massive difference between normal tangible states, where most of our families live by now in diasporas, and abnormal transitory ones. Or between homegrown corrupt and useless partisans, whom you can beat through proper and reformed elections, and a forcefully shoved-down-your-throat foreign import, whom you cannot beat, except with force you do not have.

Treating old ulcers and common flues while ignoring cancer is not only useless, it is deadly.

Proof is the time we spent with our heads buried in the sand until the Axis achieved complete rule in 2016, and what became of us under it. This is why, singling cancer out of other illnesses is not irresponsible, it is honest.

For the right cure comes always from an honest diagnosis.

To tempt destiny again and win some for some time, or win all for always, we, the people of the mainstream majority, constitutionalists and reformists alike, must first conquer our own inner demons before we can conquer our external and internal adversaries.

Eli Khoury is the publisher of @NOW_leb. He tweets @eli_khoury.