Lebanese say they feared their future in a country facing severe basic utility shortages, as they mourned the victims of the explosion of a gasoline tanker that killed at least 29 in Northern Akkar. 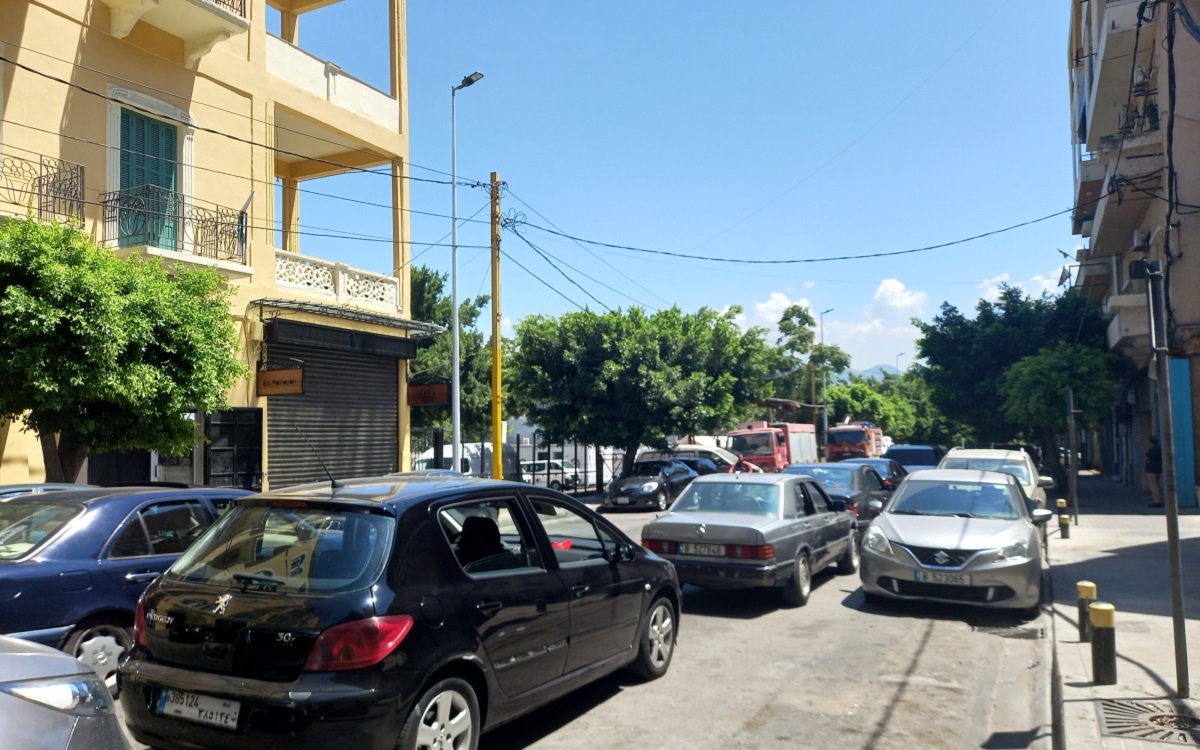 Lebanon reeled Monday from the deadly explosion in Akkar that burned alive people desperate to fill plastic containers with fuel in a country sinking ever deeper into darkness and chaos, AFP reports.

At least 29 people were killed when the fuel tank, which was swarmed by residents trying to fill their containers, blew up at 2am on Sunday in the village of Al Talil.

Another charred body was found on Monday at the site of the blast, the National News Agency reported.

Nearly 80 people were also injured in the blast, many of them with burns that further overwhelmed hospitals struggling to function without electricity, medics said. Many others were missing, including several Lebanese Army troops.

Angry protesters on Sunday torched the home of the landowner on whose plot the tragedy unfolded, accusing him of involvement in a hoarding and smuggling scheme allegedly covered up by top officials.

The exact circumstances of the explosion, which happened at night and as a huge crowd of people swarmed the tank, have yet to be fully established. The owner of the land plot where the disaster took place was arrested together with his son.

On Monday, foreign countries and UN agencies were scrambling emergency aid to help exhausted health workers cope with the new influx of serious injuries and run DNA tests on the charred remains of the dead.

Sahar Mandour of Amnesty International called the Akkar blast “a massacre resulting from an economic crisis caused by massive corruption that has been going on for years.”

“The latest economic crisis didn’t close the door to corruption… it aggravated it to an extent that it is now deadly,” she told AFP on Monday.

Shortages of key commodities have accelerated and compounded one another in recent days, leaving much of Lebanon struggling to source fuel, gas and even bread, with buying power pummeled by the currency losing more than 90 percent of its value on the black market.

On Sunday, the state-owned electricity distributor Electricite du Liban, announced that its fuel stocks have run out, leaving customers dependent of private generators which are also rationing due to fuel shortages. Many residents feared the internet and drinking water would be next to disappear.

The blast in Akkar came days after the one -year anniversary of the Beirut port blast, which killed 218 and wounded over 7,000 people, flattening nearly half of the capital, pushing many Lebanese to leave the country.

“We need to leave”

Across the country, with no more than two hours a day of mains electricity supply, many shops and restaurants remain closed, unable to source fuel for their generators.

Many private and public sector employees have been told to stay home and most of the rest have often ended up doing the same for lack of transport options.

Stuck in an endless queue of cars at a Beirut petrol station, Mohammed, who did not want to give his full name, said he could see no light at the end of the tunnel.

“We need to leave Lebanon. We all need to get out,” the 30-year-old engineer told AFP. “I’ve started working on it, and God help those who stay.”

His six-month-old baby had cried through the sweltering night, and his family was being forced to spend hard-earned savings on operating a private generator to keep his grandmother’s oxygen concentrator running.

The state has declared a national day of mourning over the Akkar blast, a move unlikely to offer much solace to a population that blamed those very authorities for the tragedy.

Gas station owners have been accused of hoarding fuel ahead of an expected price hike, causing crippling shortages and spawning a ruthless black market that is enriching a small cartel and choking the rest of the country.

The Lebanese Army continued its raids meant to curb fuel smuggling into neighboring Syria. The LAF announced on Monday that it had confiscated 400,000 liters of diesel fuel in central Bekaa Valley and was working to distribute it to hospital, bakeries and the local electricity company, Electricite de Zahle. Another 200,000 liters were also seized in eastern Baalbek, and they will also be distributed to hospitals and bakeries, the LAF said in a statement.

Meanwhile, Hezbollah leader Hassan Nasrallah announced in a speech on Sunday night that the group would import fuel from Iran. Nasrallah said that Iran had assured him it would stand by Lebanon, and blamed the Lebanese government and American influence for a lack of response to the Iranian offer.

“It’s settled,” he said, adding that he would inform people of the timeline in the next two to three days. According to local news channel MTV, on Monday Hezbollah had already started to prepare logistics to deliver fuel to petrol stations in its constituencies.

The central bank last week announced it could no longer afford fuel subsidies. The move has triggered renewed unrest, with Lebanese protesters closing roads and demonstrating against worsening living conditions.

Scores of people protested on Sunday in front of the Beirut home of Najib Mikati, who was recently appointed prime minister-designate.

The country’s richest man is the third person to attempt to form a government since the last one resigned in the aftermath of the Beirut port blast last August. On Monday, President Michel Aoun told local media that the negotiations with Mikati are going in the right direction and that the cabinet would be formed within days.

Lebanon has been without a government for over a year, after PM Hassan Diab resigned in the aftermath of the Beirut blast. The lack of a government is freezing international assistance that could help dig Lebanon out of the abyss. US Ambassador Dorothy Shea called once again on Monday on Lebanese political leaders to form a government.

As every aspect of daily life unravels, deadly scuffles have broken out at petrol stations and residents across the country fear for their safety. Three people were shot on Monday in brawls at gas stations, according to the NNA.

“I feel like crying about everything,” said Farah, a 21-year living in the mountainous Chouf region.

“I’m scared we’ll get to the point where we can’t leave this country, even from the airport… We only have the sea left. I feel we’ll drown trying to get out,” she said.