As diplomats in Beirut say their countries remain firm on not releasing aid until a government is formed in Lebanon, the EU announces sanctions would be ready by the end of the month. 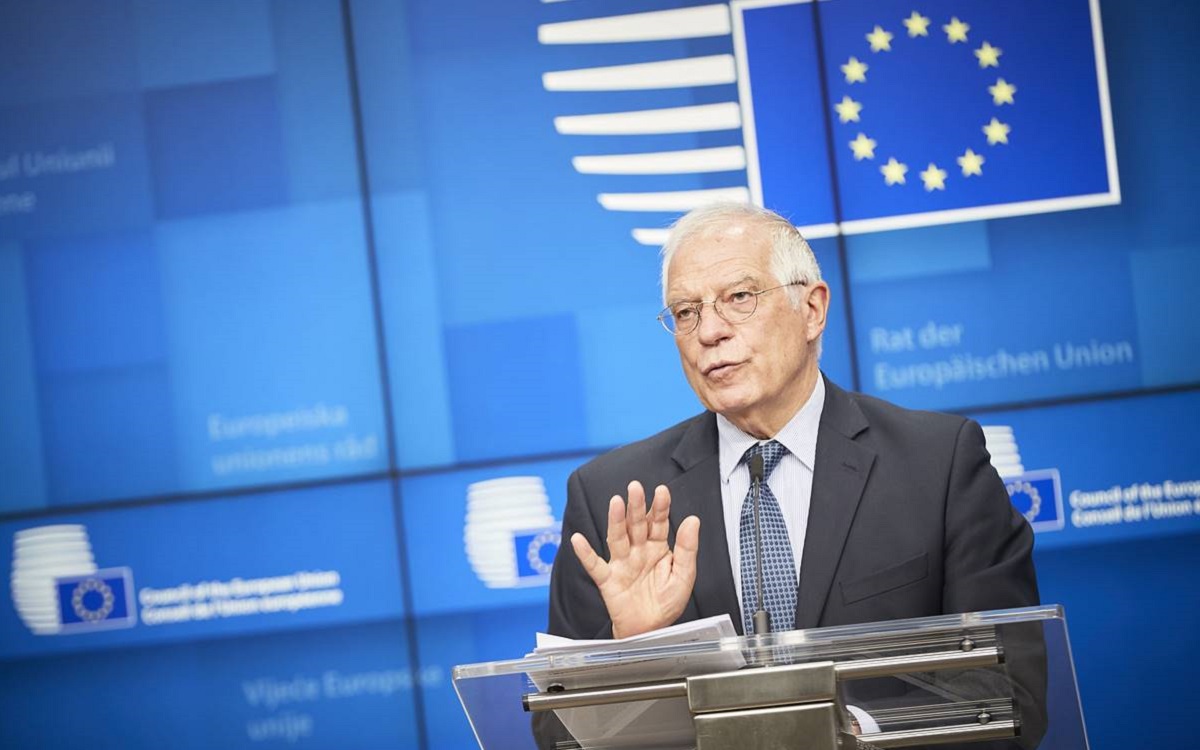 EU foreign ministers on Monday agreed to move ahead towards sanctions against Lebanon’s ruling elite over the political crisis wracking the country, the bloc’s foreign policy chief said during a press conference at the EU Foreign Affairs Council.

Josep Borrell said the top diplomats from the 27 nations gave the green light at a meeting in Brussels to establish a legal framework for measures against Lebanese leaders who have driven their nation into economic collapse.

“The objective is to complete this by the end of the month,” Borrell said.

The political crisis has left the country without a functioning government since the last one resigned after a massive explosion killed dozens and destroyed swathes of Beirut in August 2020.

“On Lebanon, it seems to me that the Europeans are more concerned with the search for a political solution for the country than the Lebanese politicians themselves. Which is quite strange,” Borrell said. “The economy’s imploding and the suffering of the people of Lebanon is continuously growing,” he added.

The sanctions proposal will have to be adopted by the European Council, the executive body made of 27 heads of state and government of the EU member states.

Borrell visited Lebanon in June and had warned Lebanese politicians that sanctions were an option.

Lebanon is mired in what the World Bank has called one of the worst economic crises since the 1850s, and the cash-strapped state is struggling to buy enough fuel to keep the lights on. The economic crisis has seen the Lebanese pound lose more than 90 percent of its value against the dollar on the black market, and left more than half the population living below the poverty line.

In April, France imposed sanctions by restricting entry of Lebanese figures it says are responsible for the political crisis, while Paris has been working with the US and Saudi Arabia to increase pressure on politicians and solve the deadlock.

Foreign donors have over the past year pledged millions of dollars in humanitarian aid to the Lebanese people, including at two conferences organized by France.

But, a French source told AFP, “we’re not going to provide the Lebanese state with a blank cheque”.

A high-ranking UN official said a third donor conference this month would be the chance to sound the alarm over the “humanitarian consequences” of the political paralysis.

“Lebanon –- which has a GDP higher than most poor countries –- is facing food insecurity, malnutrition and issues of access to basic services,” the official said.

But “humanitarian aid cannot be a sustainable solution,” the official noted, adding that the international community will not “take over the state’s… role”.

A diplomat from an Arab country also told AFP that Lebanese decision-makers did not appear to have a plan of their own, hoping instead that the international community would help, without them “making any concession, any change” in return.

“The international community has long been repeating the same thing: Help yourself so that we can help you.”

A plea for help and “something rotten”

In a meeting with ambassadors last week, outgoing prime minister Hassan Diab urged donors to drop their pre-condition that a government is formed ahead of releasing funds.

He said money was needed now to “save” the country, blamed the crisis on a foreign “siege”.

The French ambassador Anne Grillo said on Lebanese state television that the country’s collapse was instead “the deliberate result of years of mismanagement and inaction” by the country’s political class.

The broadcast was then suddenly interrupted.

Alongside her US counterpart Dorothy Shea, Grillo last Thursday headed to Saudi Arabia, to discuss with Riyadh how to press for the creation of a Lebanese “government that is committed to and able to implement reforms”.

The two ambassadors said “concrete actions by Lebanon’s leaders to address decades of mismanagement and corruption” would be crucial to unlocking donor money.

Days earlier, and with the one-year anniversary of the Beirut port explosion fast approaching, the outgoing British charge d’affaires wrote a farewell note decrying “something rotten at the heart of Lebanon”.

“The failure so far to hold anyone accountable… is just the most dramatic example of the impunity and irresponsibility that characterizes too much of Lebanese life,” Martin Longden said.