From grassroots to concrete action

After the mild success following the May 15 parliamentary election, Lebanon will go to the ballot box once more in 2023 to vote in the municipal elections, presenting an opportunity for once grassroots movements to create real change at the local level. 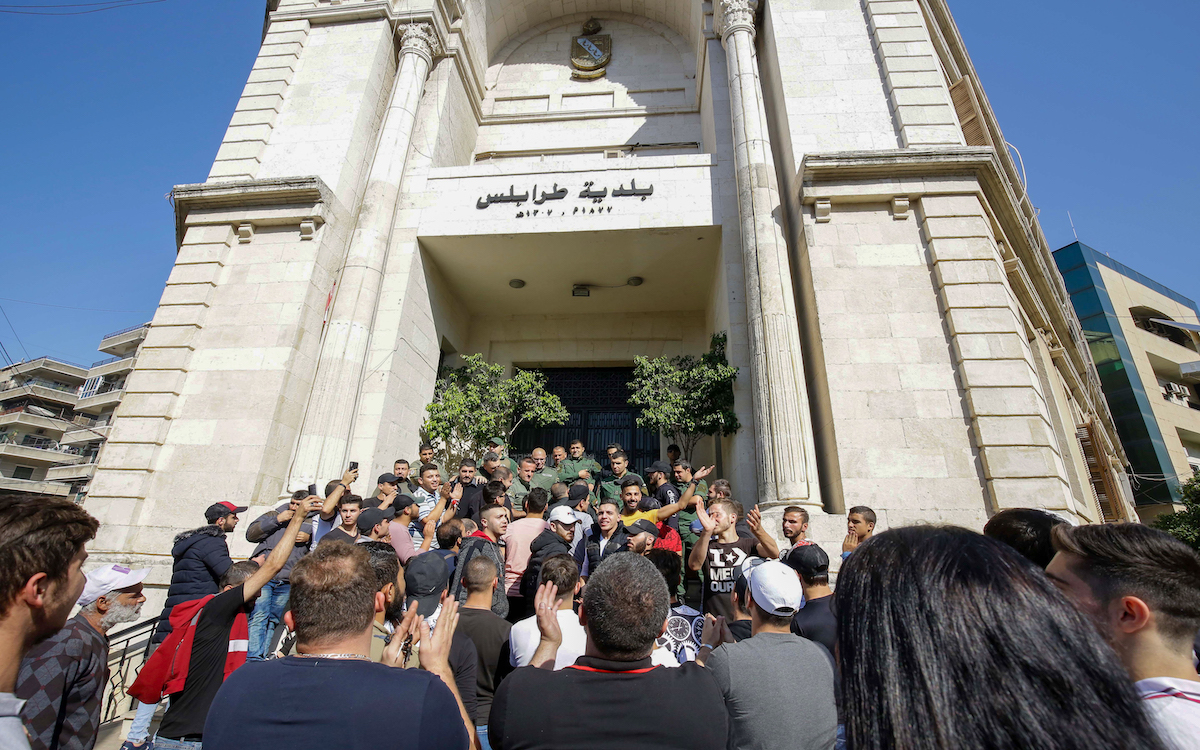 There are plenty of moments in Lebanon’s history one can point to as a harbinger for what unfolded on October 17, 2019. It could be the 2005 “Cedar Revolution” for some, although I’d beg to differ. Maybe it was the You Stink protests in 2015, and that’s an option I can get behind.

After a timid initial response in the streets, the protests in Lebanon swelled into an unprecedented movement: a non-sectarian and leader-less movement. But as is commonly seen in Lebanon, it was violently put down by the Lebanese political establishment and the weapons of Hezbollah that protect it.

Naturally, the following year’s municipal elections were an important milestone. Beirut Madinati’s list, a coalition of secular reformists, received more votes than any other traditional political party, close to 40 percent of the total votes in 2016. However, the “killon ya3ne killon” parties all coalesced to make use of the winner-takes-all law back then, and managed to maintain their control over Beirut Municipality’s billions of dollars in budget.

2023 is not like 2016, however, and although the odds are stacked against alternative parties this time around, they’re also better equipped to organize their voters and attract the traditional parties’ disgruntled base. Economic collapse and a sense of hopelessness and helplessness are never good news for change, but in 2016, we weren’t as organized as we are now.

First, because we managed to pull away many more seats than expected, proving that people still want change, despite the authorities’ best efforts to quash that hope. Second, because we finally have real-world numbers that represent the level of support for, up until then, largely untested new groups and political parties.

In other words, some alternative parties that were expected to do well did terribly, and other less vocal parties showed that their grassroots initiatives were able to succeed. Therefore, walking into 2023, we already know how many voters each of the alternative parties can rustle up. So, theoretically, forming coalitions shouldn’t take as much time and effort as it did in the lead-up to 2022.

That’s not even the main reason that our next focus should be on municipal elections. Having a sizable bloc in parliament is important, but in a parliament controlled by Hezbollah, meaningful change in Lebanese people’s lives is unlikely.

We saw how the armed militia closed parliament off for almost two years to forcibly install Michel Aoun as president. Parliament was always one of the steps, not the final one.

While traditional party municipalities are famous for barring Muslims from renting apartments in Aounist-controlled municipalities, imposing curfews on refugees, shooting dogs in the street, and putting up horrifying Qassem Suleimani “statues,” like in Hezbollah’s Ghobeiry municipality. Municipalities can be so much more…

Sustainable solid waste management (the opposite of Jamal Itani’s Beirut Municipality’s star proposal: a garbage incinerator in Beirut) and producing electricity from renewable sources are just two examples of the good governance we need in light of the central government’s absence (or rather, purposeful sabotage to enrich traditional political parties’ entourage).

Just imagine what we could do with municipalities headed by men and women who don’t follow Whatsapp voice notes from their political patron, but the law, and their constituents’ quality of life.

There’s often talk about a decentralized government that can better address local issues without having to go through ministers beholden to the wanted fugitives in the August 4 investigation that appointed those ministers. Municipalities are a way to make that a reality.

To better illustrate this idea, imagine a town in north Lebanon’s municipality deciding to supplement what little (if any) electricity we get from EDL. The method of using a solar farm coupled with diesel generators has proven effective in several towns across Lebanon.

For one, it regulates the out-of-control diesel generator cartels controlled by the traditional political parties. Also, it will help decrease the pollution from heavy fuel oil and diesel oil, the much more expensive and dirty fuel the traditional politicians use to get even more on commission (Sonatrach. Rings a bell?).

After this power generation project is complete, the central government will probably try to stop it, like anything else that hurts their bottom line. I’d like to see security forces go into a town to dismantle their functional power grid at the orders of an anti-rainbow minister like Bassam Mawlawi.

Will they use the excuse that we can’t use the power lines because EDL owns them? Then why are illegal diesel generators allowed to use them, but not a duly elected municipality?

The last point I want to focus on, which is my favorite, is that a municipality chief can be held accountable much more easily than a minister.

A minister is often there to serve the man who appointed him, and doesn’t really care about constituents that aren’t loyal to his patron. Add a brigade of ISF protecting them, and corrupt judges watching their back, and they become almost untouchable.

A municipality member is probably your neighbor, maybe even relative, and you’ll still bump into them in your town, so their ability to completely screw you over like all of our ministers, is vastly diminished.

In short, what was started in 2016 needs to be continued, especially on the eve of a spectacular result in the parliamentary ones. Organizing starts at a local level, and traditional parties spend less money influencing municipal elections, especially now that they have much less public money left to misappropriate as bribes.

We have endless chances in getting to govern properly, and demonstrating to hesitant voters still not sure if they can vote against their traditional leader who has done nothing for them their entire lives (and probably their parent’s lives too), that things can change.