Lebanese expats in the UAE ship essential goods home, as family members left behind became dependent on the suitcases filled with necessities that are scarce in the country. 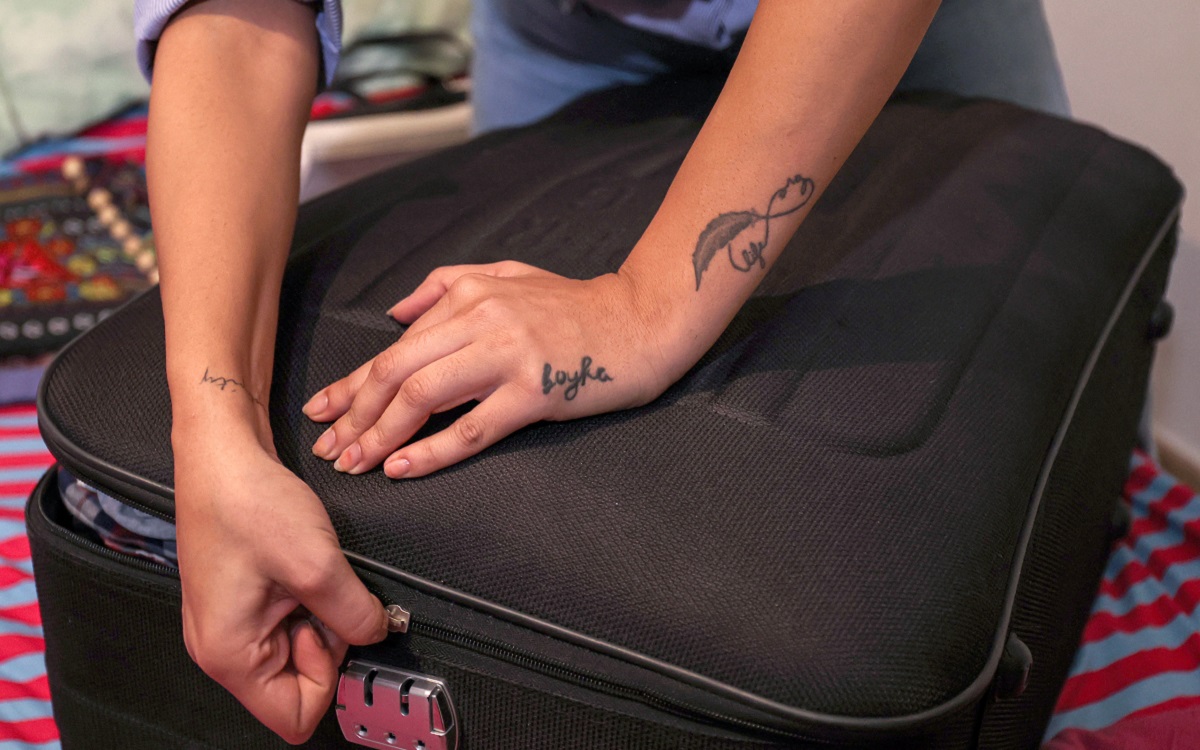 Lebanese expats in the UAE, where a large part of the Lebanese professionals that left the country are currently working, take turns in sending suitcases with necessities to families left at home. Photo: Anwar Amro, AFP.

Lebanese expats in the wealthy UAE, many of them riven with guilt, are scrambling to ship essential goods and medicine to family and friends in their crisis-stricken home country.

“How can I sit in the comfort of my home in air-conditioning and a full fridge knowing that my people, my friends and family, are struggling back home?” asked Jennifer Houchaime.

“Oh, the guilt is very, very real,” said the 33-year-old resident of Dubai, a member of the United Arab Emirates which is home to tens of thousands of Lebanese.

Lebanon’s economy has collapsed under a long-running political class accused of incompetence and corruption.

The Lebanese pound has plunged to an all-time low, sparking inflation and eroding the purchasing power of a population denied free access to their own savings by stringent banking controls.

Lebanon is running out of everything, from fuel and gas to medicine and bread, and more than three-quarters of its population is now considered to be living under the poverty line, according to a recent UN report.

Aya Majzoub, a researcher with Human Rights Watch, said trust in the Lebanese government is at an all-time low.

“It is unsurprising that local and grassroots initiatives have sprung up to fill this gap while bypassing the government that they view as corrupt, inefficient and incompetent,” she told AFP.

With no faith in the Lebanese authorities, expats have taken it upon themselves to transport aid.

Houchaime and a number of her Lebanese friends fill their bags with over-the-counter medication and food items every time they travel home.

The Dubai-based airline Emirates is allowing an extra 10 kilos (22 pounds) of baggage for passengers to Beirut from certain destinations until the end of this month.

For Dima Hage Hassan, 33, a trip to Lebanon opened her eyes to the unfolding disaster.

“I was in Lebanon, and I had money, and I had a car with fuel, and I went around from pharmacy to pharmacy unable to find medicine for my mother’s ear infection,” she said.

A fellow Lebanese, Sarah Hassan, packed for her second trip home in less than two months, taking only a few personal items while the rest was supplies for family and friends.

This time, the 26-year-old was taking a couple of battery-operated fans, painkillers, sanitary pads, skin creams, and cold and flu medication.

“A couple of my friends are going as well to Lebanon, so all of us are doing our part.”

It’s the same story in other parts of the Gulf, where Lebanese have long resided, fleeing from decades of conflict and instability in their own country.

“It’s hard not to feel guilty. When I went to Lebanon a month ago, I hadn’t been for two years. When I stepped out into the city, I was so shocked,” said Hassan.

“Then you come back here to the comfort of your home and everything is at your fingertips… it’s such an overwhelming feeling of guilt.”