As the economic crisis deepens and the Lebanese currency dives lower than ever, residents of poor Tripoli neighborhoods face extreme poverty with no plan to end their ordeal. 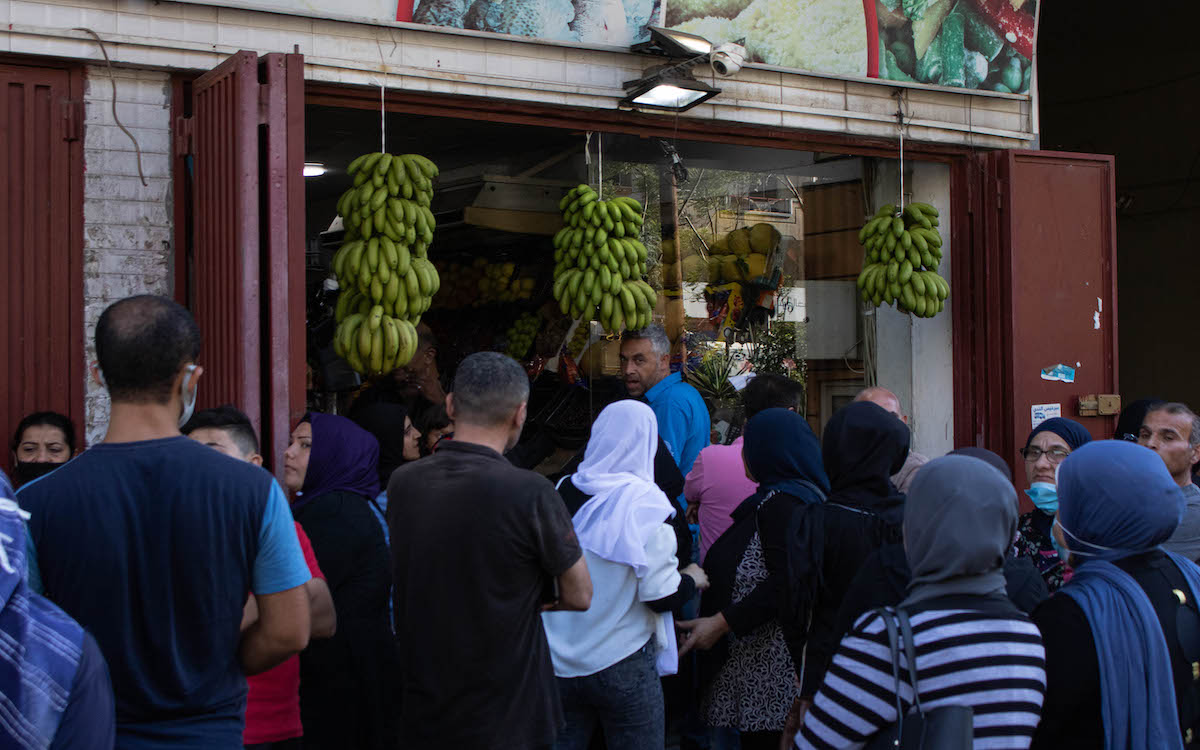 Raed pulled his taxi over to the side of the road, got out of his car, and went to the trunk.

After rummaging around for a minute, he pulled out a container filled with black market gasoline that he paid 35,000 lira ($2.30 at the current black market rate) for.

He filled up the tank as much as he could and got back in the car in the hopes that it would start. After several attempts, the car still would not start.

So, Raed got out once again and popped open the hood to manually suck on a small tube to get the gasoline flowing once again. This time, when we tried to start the car, it finally roared to life.

Raed was not always a taxi driver.

He used to own several restaurants, but due to the economic crisis, he had to close one and cut back on things like meat at the others so that they could remain open.

“I just started driving a taxi around three months ago,” he told NOW. “I needed to make money to pay for the rent for my home and to take care of my children.”

Despite all of his efforts, he can still barely get by. Just like so many others in Tripoli.

A city in crisis

Lebanon’s northern capital, Tripoli, has been a long-neglected city, with the country’s politicians virtually ignoring it unless there was an election or some other self-promoting opportunity.

Due to this neglect, Tripoli has seen a large number of its residents stuck in poverty even prior to the economic crisis that has crippled Lebanon.

As the Lebanese lira has devalued to more than 15,500 to $1 and the prices for nearly everything soared, the already challenging situation in Tripoli has been gravely exacerbated.

For 35-year-old mechanic Mohammad Zaki, even just getting basic foods has become impossible, with Zaki only able to afford rice and lentils.

“You don’t see this food [meat, fruits, vegetables] anymore,” Zaki told NOW. “We don’t eat anything. What we eat at home is up to God. Labneh became expensive. Before I used to get a kilo of labneh but now it is expensive. Meat, I don’t see that anymore. We don’t even speak about it anymore. We mainly eat mujadara at this point. We get rice and lentils. We can make mansaf with the rice, but it is without any meat.”

Due to the constantly increasing prices of food, more and more people are relying on food distributions so that they can have supplies for at least a few weeks. These distributions do not come often enough, however.

“Organizations like Caritas help with stuff like grains and things like rice, sugar and oil. They come over two months with their aid,” Jazi Besher, 47, told NOW. “The only time that we see things like meat or chicken is during Ramadan. After Ramadan is over, then we can’t afford to get them.”

Gas on the black market

In the last two months, Lebanon has been facing a fuel shortage. Many gas stations are closed since they have no fuel, and the ones that do see people waiting in line for hours just to partially fill up their tanks.

This has given rise to a black market for gasoline.

Throughout Tripoli, it is increasingly common to see people putting gasoline in their cars or motorcycles by using plastic gallons filled with the liquid rather than waiting in line for hours, or maybe until the next day.

In major areas like al-Nour Square, people openly sell gasoline on the side of the road.

Medical costs are also going up. In some instances, doctors are only accepting dollars to perform surgeries.

Mustapha Sheikh, 59, lost many of his teeth and went to a dentist to have them replaced, but was unable to do so as the dentist was only willing to accept dollars.

“They wanted $4,000 to fix them! They wanted dollars but there are no dollars,” Sheikh exclaimed to NOW. “This is a very cheap country if you have dollars, but where are the dollars? The lira went from 1,500 to 15,500. What are we supposed to do? We can’t live like this.”

The steep cost of education

With the Covid-19 pandemic, many schools continue to have students learn from home, but this is not feasible for many families that have multiple children.

“[My kids] are studying in school but they are having their courses on WhatsApp,” Zaki stated. “They are in groups for their classes and they communicate that way. But I have four children. I only have one phone. How can they all use it at once?”

Even the simple act of putting their children in school has become a luxury.

“Only my two oldest children go to a government school,” Raed said. “Next year my wife and I will send the third oldest. We would have sent them this year, but we couldn’t afford it.”

Raed wants to provide for his four children, but since he barely makes enough money to pay for their basic necessities, he often has to tell them “no” when they ask for something, no matter how small it might be.

With no end in sight to Lebanon’s crisis, many are looking to leave the country in hopes of finding better opportunities and life abroad.

Raed said that he would go to the US, Canada, Australia, or anywhere that would take him.

“If I can, I will leave,” Shaki stated. “It doesn’t matter where I go because anywhere is better than here.”

Tripoli’s residents no longer think about the future as it is impossible to do. The lira continues to devalue, food prices continue to rise and fuel continues to become even more scarce.

“I live day by day. I can’t think beyond today,” Shaki said.

Instead, families find relief in simple things like walking on the corniche and buying cheap snacks from the multitude of vendors positioned along the Mediterranean Sea.

It is in these brief moments in the cool evenings after the sun sets that they are able to temporarily escape from the harsh reality that is with them daily.