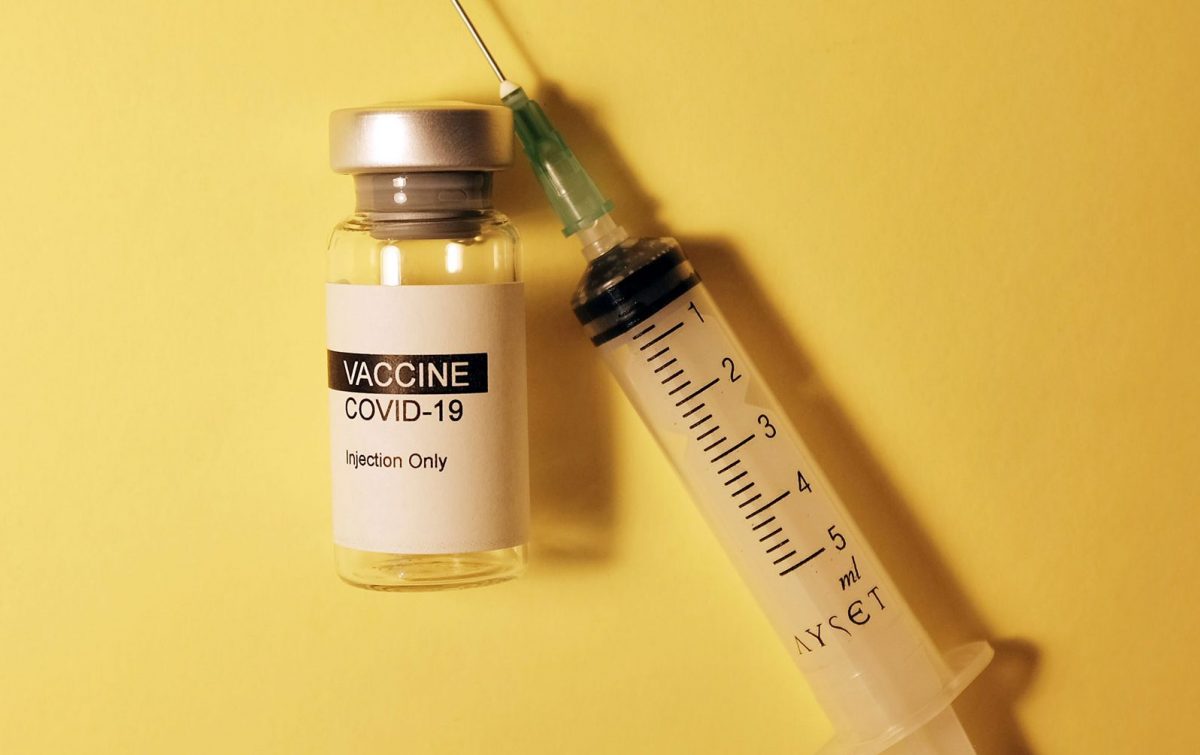 Before the New Year had barely begun, it pummeled Lebanon with a massive surge in COVID-19 cases. After the government’s decision to open up the economy for the winter holidays, the country saw nearly one third of its total virus cases in the month of January alone.

The solution, as it had been several times before, was a strict nationwide lockdown. It continued through the end of March, wreaking economic devastation on the country’s poorest, and spurring violent protests in Tripoli that left one dead and hundreds injured.

Governments around the world, such as Australia and South Korea, have used similar tactics with success, forcing painful lockdowns until transmission rates fell to virtual zero and it was safe to get back to business.

“Unfortunately, Lebanon did not follow such a policy,” said Dr. Firass Abaid, the CEO of Rafik Hariri University Hospital. “Now, we are in the midst of these repetitive cycles of closing and opening, closing and opening, and unless we find a way to break this vicious cycle, we’re going to stay in this as the virus runs amok,” he said.

Fortunately, we now have an answer to this conundrum, in the form of the various COVID-19 vaccines developed by private companies and governments around the globe. But even as this lifeline began arriving to Lebanon in late February, a whopping 47 percent of respondents to a study conducted by Siren Analytics said that they would not take the vaccine.

The administration at RHUH conducted their own internal survey of staff in late January, and found just 39% who would definitely take the vaccine, with 55% percent saying they did not have enough information to make a decision.

“Why don’t they have enough information? Well, if you look at the awareness campaigns that have been running in the country, the most important thing that one’s noticed is their absence,” said Dr. Abaid. “You cannot just rely on people’s curiosity or good literacy for them to understand and take the vaccine.”

“It’s strange,” said Dr. Rola Hosni-Samaha, head of infectious diseases at LAU Medical Center-Rizk Hospital, “we keep on getting these questions and phone calls from even people at the higher education level, university professors even, asking if it’s safe to take the vaccine.”

This knowledge gap points to a critical failure on the part of the government and mainstream media in Lebanon to sufficiently educate people about what could be a game-changing tool in the country’s so far losing battle against the novel coronavirus.

In this information vacuum, created by a lack of institutional outreach to the public, doubts, misinformation and conspiracy theories have been allowed to germinate and spread on social media, making any prospects for a successful vaccine drive much more bleak.

One of Dr. Hosni-Samaha’s students at the Lebanese American University, Elie Abi Khalil, recognized this after hearing skepticism from his family and social circle, and seeing a rash of posts and videos on social media containing misinformation.

His answer was to draft a paper, along with his fellow students, specifically addressing some of the most popular misgivings people have about the COVID-19 vaccine, such as the record speed at which it was developed and fear of unknown long-term effects.

“My colleagues and I have seen all of these arguments several times in the media, or when our families send us the posts that they receive on WhatsApp or any other platform, so I would say that they are very common,” he said.

While he hopes this paper will reach as many people as possible in order to change their minds and quiet their fears, he acknowledged the limited possible effect that one medical paper might have.

“Lebanese people, they don’t read a lot of magazines or daily newspapers, rather they watch TV,” agreed Dr. Hosni-Samaha.

She said general medical knowledge is not that high in Lebanon, and that with people sitting around at home during lockdown, with cases and deaths skyrocketing, they turn to the television and to each other on social media to make sense of what is going on.

Azza el Masri, a misinformation researcher and journalism student media trainer at Meedan, a tech nonprofit focusing on global journalism, has been tracking pandemic-related misinformation on traditional and social media in Lebanon and the greater Middle East.

“The biggest culprit, hands down, are legacy or traditional media. While misinformation may fester on Facebook and WhatsApp groups more, Lebanese mainstream media are intentionally failing their audiences by normalizing and capitalizing on misinformation,” she said.

El Masri outlined one instance, in which Al Jadeed TV hosted a roundtable discussion with two Lebanese infectious disease specialists and an American-based Lebanese doctor, the latter of whom used his time to cite unfounded opinions about vaccines, discrediting the other two experts and making it difficult for the viewer to decide who to trust.

She also said that OTV, affiliated with Lebanese President Michel Aoun, has regularly hosted shoddy medical experts that discredit vaccines produced by Pfeizer and Moderna, and even downplayed the life threatening effects of contracting COVID-19.

Lack of trust in government

The skepticism, fear and uncertainty this programming has generated is part of a broader sentiment shared by many in Lebanon of mistrust in institutions, and more generally, of the government.

Between its inaction and mismanagement throughout the pandemic, its violent crackdown on the October 17 protest movement and the alleged criminal negligence that led to the devastating explosion at the Port of Beirut, it’s not hard to see why.

“When you think about the psychology of conspiracy theories, you find that at its core, it’s about thwarting or rejecting authoritative accounts and generally accepted beliefs,” she said.

“In a highly dysfunctional country like Lebanon, where public mistrust permeates almost every public and private institution, it becomes fertile ground for conspiracy theories.”

“There was one shared by an actual media outlet in Lebanon, that [the vaccine] might turn you into a crocodile, and they actually repeated it,” said law student Lyne Mneimneh. “I was like, ‘wow, this is going too far.’”

What started as a legal blog blew up during the protests when the page started posting breaking updates from the scenes of many demonstrations.

“At some point we covered what the national media didn’t cover on TV, especially during the revolution, so the people trusted us enough and our followers grew, and we maintained an unbiased image, that was our goal,” said Halabi.

The page now shares vital information on the COVID-19 pandemic, and in early February they launched their own vaccine education campaign, partnering with epidemiologists and other public health experts to produce infographics addressing commonly held concerns and debunking myths.

“The Ministries of Health or Information did not work on a campaign to tell people ‘This is safe, we have to take [the vaccine] so we can go back to normal,’ they just said ‘We’re starting the vaccination process on February 15,’ and that’s it!” Halabi said.

Perhaps more troubling than silence, major political figures have even sowed doubts about the vaccine. Secretary-General of Hezbollah Hassan Nasrallah publicly refused to take “the American vaccine,” and a spokesperson for President Michel Auon told media in late December 2020 he had “yet to make a decision” on whether or not to take it, before quickly backtracking.

“We thought, as non-traditional media, we should do something about this,” Halabi said.

The pair said there’s only so much they can do to quell people’s reasonable qualms with infographics and interviews on Instagram, and that the real danger is the misinformation circulating on WhatsApp.

“WhatsApp is very dangerous because of the amount of people that forward fake news and voice notes,” said Zuheir Masri, who runs the Instagram page @NovelCorona19, also dedicated to educating its over 60,000 followers on all things COVID-19.

The voice notes, in which someone pretending to be a doctor records themselves giving questionable medical advice like instructions to horde a particular medicine or claiming to have new information about the dangers of the vaccine, have been circulating since March 2020.

Through forwarding, this misinformation has invaded otherwise innocuous WhatsApp groups, spreading wild but surprisingly commonly seen conspiracy theories, like that American billionaire Bill Gates has developed a microchip and placed it in the vaccine to track people, or that the vaccine is a Western conspiracy to control the Middle Eastern birth rate.

Masri said it’s unfortunate, but somewhat understandable. With so many getting sick and dying, the reality for some might just be too horrible to accept, leading to a search for answers in the fantastical.

“People subconsciously develop a defense mechanism,” he said, “they would start believing in conspiracy theories to support the denial they are in.”

With the waters sufficiently muddied, where can Lebanon go from here?

After its internal survey, the administration at RHUH unleashed a vaccine education blitz on its staff, including mandatory webinars and question-and-answer sessions with infectious disease specialists.

“Remember here, that this is an employee survey and not a doctor survey. This included everybody, including people who work in administration and the kitchen and the laundry,” Dr. Abaid said, “so a good part of them are a reflection of the average joe in society.”

Less than two weeks later, he reported that over 85 percent of staff had signed up to take the vaccine when it became available.

Now, the herculean task of repairing the broken bonds of trust between the people and the government remains.

The Ministry of Public health did not respond to repeated requests for comment on its vaccine education and rollout plans.

In the meantime, health experts and alternative media in Lebanon will continue efforts to chip away at the fear and skepticism, just trying to do their part.

“I graduated from AUB, I studied finance and marketing, and basically there aren’t any job opportunities here in Lebanon,” said Zuheir Masri of @NovelCorona19.

“I decided, what better way for me to spend my time? I have nothing better to do, I might as well just try to serve the community in a positive way.”

Adam Muro is a freelance journalist based in Beirut. He tweets @adamkmuro