The Israeli Defense Forces launched on Thursday a missile attack on Hezbollah positions in Syria from the Lebanese airspace, putting several commercial flights on their way to Beirut at risk, according to the Lebanese government. 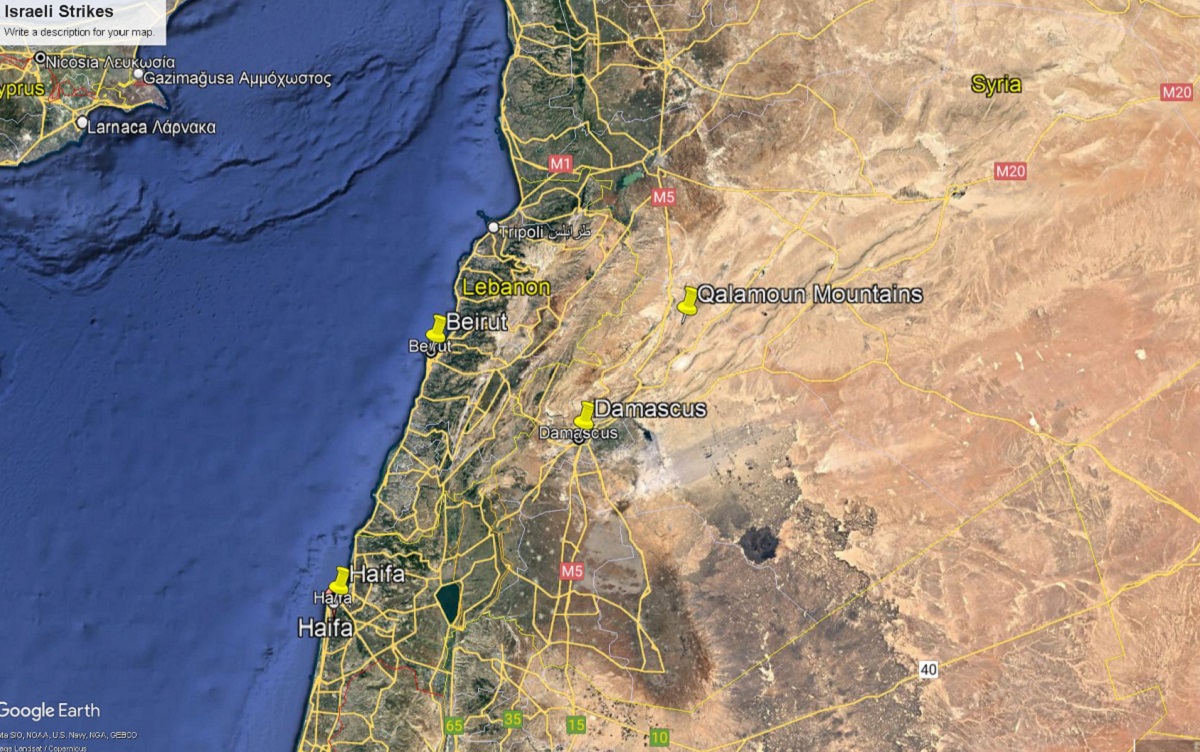 The monitor said the Israeli missiles had targeted on Thursday night “arms depots and military positions” belonging to Hezbollah, in the Qarah area in the northwest of Damascus province, near Homs province and the Lebanese border.

The strikes had killed four members of the Iran-backed group, but it was not immediately clear whether they were Syrian or Lebanese, the Britain-based war monitor said.

Earlier on Friday Lebanese Caretaker Prime Minister Hassan Diab requested the Ministry of Foreign Affairs to file an urgent complaint to the United Nations on Friday after the Israeli Defense Forces on Thursday night used the Lebanese airspace to launch an attack on Hezbollah positions in Syria.

Diab said that besides the IDF violating Lebanon’s air space and not abiding by UN Resolution 1701, the attack on Friday has also put civilians at risk, as several commercial flights had to fly over Syria to avoid the missiles.

Diab also called on the United Nations and the international community to condemn Israeli aggression and take measures that preserve Lebanese sovereignty and protect UN Resolution 1701.

The Lebanese President Michel Aoun and foreign minister Zeina Akkar also condemned the attack, while the Lebanese Army said in a statement it was following the repeated breach on airspace together with the UN Interim Force in Lebanon (UNIFIL).

“The Israeli enemy launched an aerial attack… targeting positions near Damascus and around the city of Homs,” the military source told SANA.

“Our air defense responded to the missiles and shot most of them down,” it added.

An Israeli attack has been reported on military posts in western Syria near the borders with Lebanon, the Israeli warplanes used the Lebanese airspace to launch the attack.
Middle East Airlines diverted its flights due to the attack pic.twitter.com/pJXXu6Hs6T

Lebanese residents also reported heavy sound at low altitude on the coastal area on Thursday night and took videos of the missiles as they crossed Lebanon airspace.

The Israeli army rarely acknowledges its strikes in Syria and a spokesperson told AFP it did “not comment on foreign media information”.

However, since the start of the war in Syria ten years ago, Israel has carried out hundreds of airstrikes on Syrian territory, targeting regime positions as well as allied Iranian forces and members of Iran-backed Hezbollah.

Israel regularly underlines that it will not allow Syria to become a stronghold of its sworn enemy Iran.

The Syrian conflict, which began in 2011 with the regime’s repression of pro-democracy protests, has grown increasingly complex over the past decade, drawing in more and more parties.

According to the Observatory, the war has left nearly half a million people dead.