The country’s mandatory reserves are down to 12.5 billion dollars, the Central Bank longtime governor Riad Salameh told Agence France Presse in an interview. 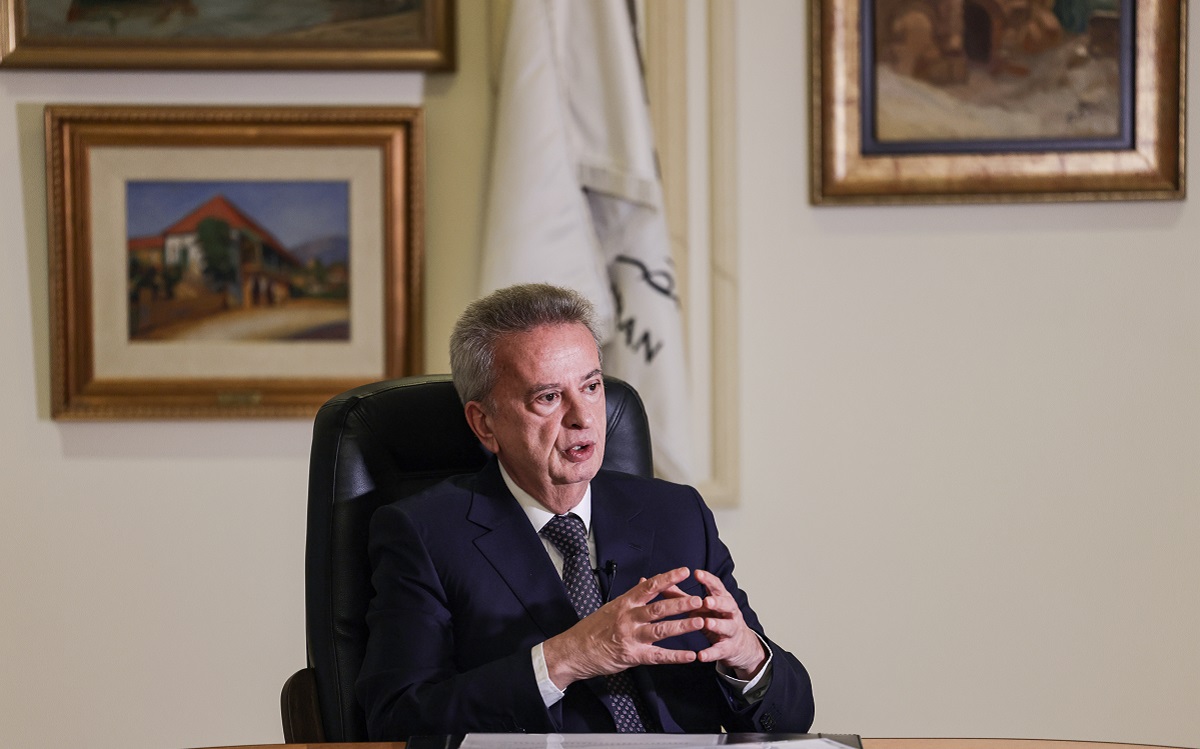 Lebanon is grappling with an unprecedented economic crisis branded by the World Bank as one of the planet’s worst in modern times.

More than 80 percent of the population lives in poverty and the currency has lost more than 90 percent of its black market value amid political squabbling that has delayed an agreement with the International Monetary Fund.

“Our quota in the International Monetary Fund is 4 billion,” Salameh said in an AFP interview.

“If countries add to it, we could reach 12 to 15 billion, an amount that could help start Lebanon’s recovery and restore confidence,” he said.

Lebanon defaulted on its debt for the first time last year but political leaders have continued to resist key reforms demanded by donors to unlock necessary funds.

Meanwhile, the central bank’s mandatory dollar reserves have been slashed by more than half.

“The mandatory reserves are down to 12.5 billion dollars,” said Salameh who is widely viewed as a key culprit behind an economic crash they say is caused partially by central bank policies.

The mandatory reserves stood at $32 billion before the start of the economic crisis in 2019.

The fast-diminishing reserves are threatening a subsidy programme that had initially covered fuel, medicine, flour and other key imports before it petered out.

The central bank can afford to finance partial subsidies on a few remaining key imports for “around six to nine months,” if no additional measures are taken to combat the depreciation of the Lebanese pound, Salameh said.

Officially pegged at 1,507 to the greenback since 1997, the Lebanese pound sold for nearly 30,000 to the dollar on the black market earlier this month in a record low.

The official fixed rate is “no longer realistic”, Salameh said, while explaining that a unified exchange rate would be unlikely in the absence of an IMF agreement and political stability.

Lebanon last year started IMF talks that have relaunched in recent weeks during which Lebanese officials have agreed that financial sector losses amount to around $69 billion.

“Lebanon is still in the stage of crushing numbers,” Salameh said. “The Lebanese side hasn’t yet presented a plan to the IMF for discussion.”