Judge Tarek Bitar suspended the summons against former Prime Minister Hassan Diab in the Beirut port blast investigation after the ex-head of government filed a lawsuit against the investigation. 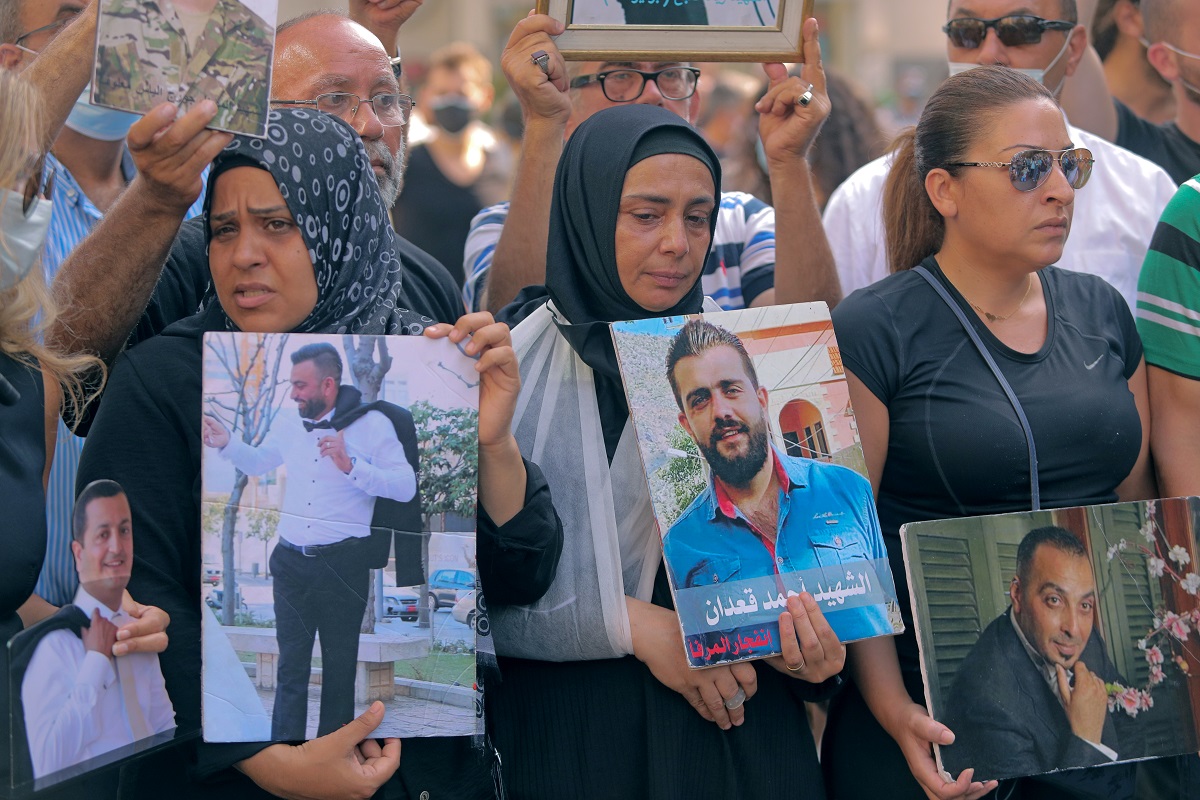 Families of the Beirut blast victims during a protest in Beirut, requesting accountability, on July 14, 2021. Photo: Ibrahim Amro, AFP.

Judge Tarek Bitar has been thwarted at every turn in his probe of the August 4, 2020 explosion that killed more than 200 people and disfigured parts of the capital.

“Bitar was informed of the lawsuit against him, and suspended the questioning that was scheduled for today,” a judicial source told AFP on condition of anonymity.

Diab was prime minister at the time of the explosion and is among the senior officials Bitar wants to hear as part of his investigation.

Diab’s defense team launched a lawsuit arguing Bitar does not have the authority to interrogate him.

Lebanon’s political heavyweights have all denied responsibility for the country’s worst peacetime disaster, but have also pulled every trick in the book to dodge Bitar’s questions.

Former interior minister Nohad Machnouk, who was also handed a summons, made the same move to avoid questioning, leaving the investigation in limbo once again, the judicial official said.