Refusing to cooperate with reformed establishment parties may seem more in line with revolutionary ideas, but will likely hinder the possibility of change and leave Lebanon to the whims of proxy, writes Ronnie Chatah. 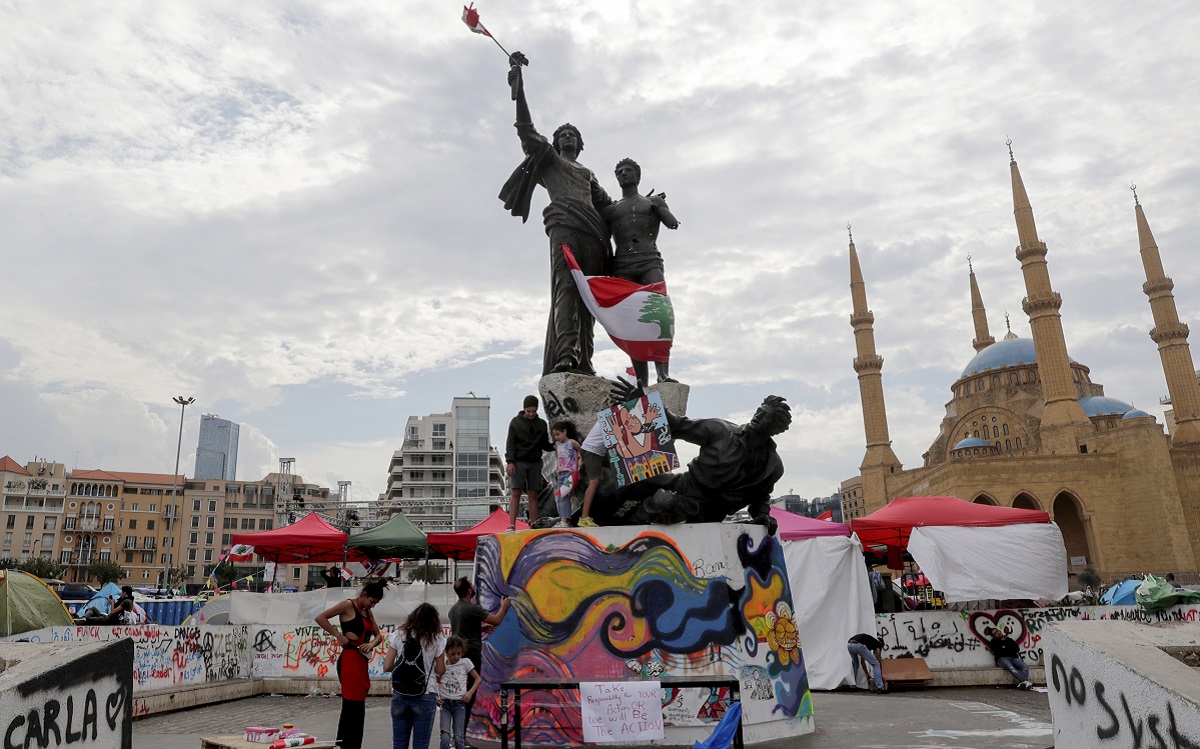 Ringing from the street following October 17, 2019.

Bringing many onboard to a legitimate cause. Sparing no one in criticism or responsibility. Anti-corruption chants without confessional boundaries. And challenging sub-state weapons, long ago turned inwards, of one particular party.

Not by pandering politicians ducking at every chance.

Citizens. A nation that no longer cares for empty promises. A failing establishment deemed rotten to its core, through an uprising that said “no more” …

Countries can take generations to shape. Ideas may even require centuries. But the inhabitants of our limited geography – and global diaspora – rose up and defied time, reflecting on their identity, and place, in modern history.

‘All means all’ was meant to unite rather than divide. If Saad Hariri was brought up, so was Nabih Berri. If Michel Aoun was cursed at (along with his son-in-law) so was Samir Geagea. Down the list, the entire establishment was spat at. Including, for a moment, Hassan Nasrallah.

The Ring bridge was dancing. Clashing, sometimes, but in that first stretch, sincere attempts were made to expand and grow the movement, rather than focus on the proxy. Thousands of inhabitants south of the bridge and into Beirut’s southern suburbs – and all the way to the southern borders – joined in a common struggle.

Dignity. And they were the first to get clamped down on. Proxy-friendly thugs intimidated and chased October 17 inside.

An endless cycle. March 14 was murdered. You Stink was sent home. And October 17 went online.

Television is great at blaring passion and pride. Flags waving, worldwide, with regular news coverage of our more than determined numbers.

And it was clear. Within weeks, if not months, that October 17’s widest reach was over.

The rightful, and dreadful, first step to Lebanese politics

Brilliantly designed to demonstrate. And for good reason. The masses are meant to tear down walls. Revolution requires reimagination and, to a degree, self-righteousness.

Yet piety is not politics.

When the halls of power are not taken over, and when the only high-level politician to resign is the same one that keeps resigning, something is wrong.

Politics is all about inclusion. And with growing numbers comes compromise, without letting go of principles, but not to the point of political suicide.

Puritanism, and absolutism, do not win audiences over. Extremism is the wrong end of the spectrum. And the stubbornness and dictatorial language of many with influence is the least attractive start to a new chapter of any story.

Blaming every pre-October 17 politician and party for taking part in the system – and writing the entire political class off as enemies – is a form of fanaticism that belongs to saboteurs rather than state builders.

With all due respect to those demanding the same rhythmic persuasion of protest euphoria in politics, it is factually incorrect to equate everyone with every flaw. Levels of corruption are intolerable, but many that served in state institutions pre-October 17 are not thieves.

Blaming every pre-October 17 politician and party for taking part in the system – and writing the entire political class off as enemies – is a form of fanaticism that belongs to saboteurs rather than state builders.

Names chosen to head ministerial portfolios differ dramatically in competence and skill, but among them were patriots that were killed doing their jobs. Collective failure does not imply shared responsibility.

More broadly, blaming the system for why Lebanon crashed is ideology robbed of common sense, examining every issue through a narrowed economic lense while leaving out the geopolitical travesty that consumed Hezbollah’s demands.

Outdated confessional power-sharing quotas did not bring this country to its knees. Neither did a sectarian society.

We are a terrain held hostage, pure and simple, for battles not of our making and weapons beyond state control. And the insurmountable price a hijacked country pays for rogue regime survivability, now under Iranian hegemony, is the core issue that destroyed earlier attempts at reform.

And why repeated revolts turn into devastating blows.

In hindsight, October 17 may not have been a revolution. The system survived, institutions were penetrated at times but never taken over, and the status quo defended itself against an angry population. It was an inspiring uprising, in all its diversity, that included hundreds of thousands of former supporters of established parties alongside Marxists and extreme nationalists that rarely agree on any policy.

In between were plenty of smaller parties, including a rebranded National Bloc that started in the mid-1940s and a programs-driven former minister with his more recent Citizens in a State disciples…all with the larger goal of reforming our state.

There are two paths forward

The first benefits from inclusivity, challenging the system from within and betting on regional winds to shift in favor of Lebanon. Putting our civil war history behind us and aligning with older parties that seek accountability and sovereignty in equal measure. Delivering coherent economic policies that mitigate immense societal pain and closing our borders to regional battles so that non-state weapons no longer dictate.

Those are the compromises needed to help Lebanon look beyond its civil war. No matter how sectarian their base and how violent these older parties were from 1975-1989, they are no longer militias. It is absurd to refer to last month’s attacks in Tayyouneh as a battle among heavily armed militias. Hezbollah – in all its former glory turned regionally sponsored proxy army – remains the exception.

The second path limits itself through exclusivity, by opposing fellow October 17 parties reaching out to regime reformers while turning a blind eye to Hezbollah’s position as protectors of the status quo. Learning nothing from one of the worst decisions made to our post-2005 political order. Not Michel Aoun’s motivations to take the FPM to opposition politics following the summer of 2005’s elections – he could have retained his earlier principles of fighting the post-civil war order as an independent party holding the regime to account. Instead, political survivability by rapprochement with political violence as he entered into a Memorandum of Understanding with Hezbollah less than a year after his return from exile, ensuring that the rest of the proxy’s opponents would turn into pandering allies or assassinated politicians.

Aoun’s compromise returned him to Baabda, presiding over a collapsed country. He has already hinted at a possible extension of his presidential term should parliament approve such a move, with echoes of Emile Lahoud’s own Assad-backed extension in 2004. No one benefits from that continued disorder now under Hezbollah oversight. And no party, opposition or otherwise, should look to the FPM for inspiration. Their legacy is ruined. Aoun’s sanctioned son-in-law is a severely tarnished potential presidential candidate with dwindling support, and the party will almost certainly lose seats in next year’s elections.

October 17’s exclusionary, willingly or not, are heading in that direction.

Let us stick to the first path.

Unity, and inclusivity, served this movement well. Whether on the street in 2019 or earlier elections this year. Their shared wins in the Order of Engineering and Architects syndicate this past summer were a proud and defying moment against the status quo. Their divided losses in the recent Beirut Bar Association elections were, however, a prelude to what may well turn into wide-scale opposition defeat in parliament next year.

Seeking change from within the system may, in the end, fail as did movements before. But better to compromise with pre-October 17 politicians championing reform than surrender to a proxy preserving state capture. If October 17 partitions, the Kataeb party and, perhaps, independent figures like Michel Mouawad and Naamet Frem will be the only ones claiming minor victory.

From mass appeal to a handful of familiar names, those are particularly limited gains.