Despite losing the semi-final match against France, Morocco’s impressive performance at the 2022 World Cup in Qatar marked a moment of unity for Arab nations. 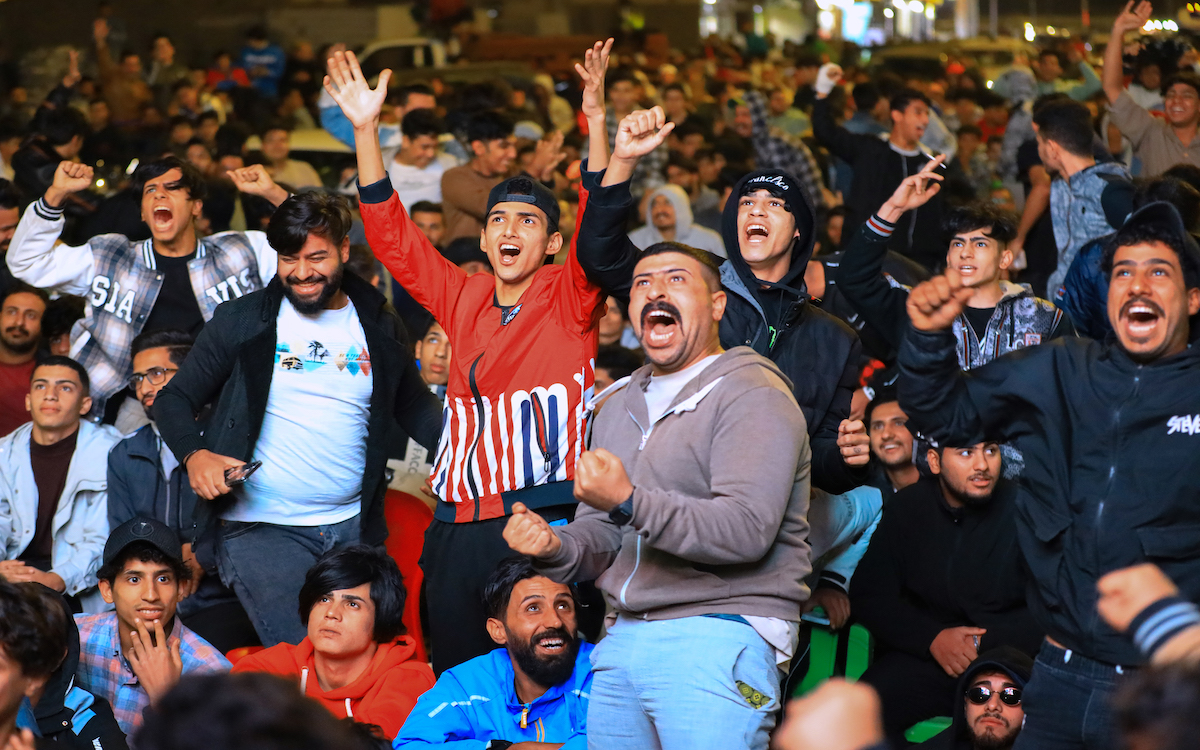 The Moroccan team’s aspirations of competing in the 2022 FIFA World Cup finale against Argentina were dashed yesterday night when France defeated them 2-0.

The Atlas Lions, who had advanced to the semifinals of the largest sports event in the world, marking the first time ever for an African or Arab majority nation, was defeated by France on Wednesday. The team outperformed expectations and brought optimism to Arab supporters around the world who, for the first time in ages, were unified by a shared ambition.

Why it matters: Along with Saudi Arabia and Tunisia, Morocco was one of the three teams that represented the MENA region at the world cup. But before reaching the round of 16, two of the teams were eliminated.

This left Morocco under pressure to represent a region – with the exception of the Gulf –  that experiences social inequality, political unrest, economic instability, and rising levels of poverty. Almost all hopes, both online and offline, were placed on the Atlas Lions to deliver a victory for their country and the Arab region.

Being the first Arab nation to ever advance to the final four in the 92-year history of the World Cup, the victory over Portugal and its giant Cristiano Ronaldo felt particularly special.

Morocco, France, Saudi Arabia, Lebanon, Syria, Egypt and Palestine were seen celebrating and cheering for the Moroccan team in previous games, but a deafening silence was heard following last night’s loss. On the streets of Arab countries, convoys, flags, chants, and joyous uproar were missing.

Another factor that strengthened Arab unity was the Palestinian flag being waved by both stadium spectators and the Moroccan team, which made sure to display their support for the Palestinian cause at almost every given chance.

Yes, but this comes at a time in the MENA region where the governments of the countries such as the United Arab Emirates, Oman, Sudan, Bahrain, and even everyone’s favorite, Morocco, have normalized ties with Israel. Therefore, despite the incredible support for Palestine, its people, and its cause, these governments continue to display actions that are contrary to the sentiments of their own citizens.

However, even though the joy, elation, and unity brought on by the Moroccan team’s performance were fleeting, they provided MENA nations with a respite from the unrest that is crippling their nations. For the Arab youth, who might be in desperate need of motivation and hope, the fact that the Moroccans were underdogs competing against football titans with large fan bases had significance all of its own.

Conclusion: The Moroccan team provided an exceptional performance that was akin to a dream state for Arab viewers who delighted in a World Cup held in Qatar where Arab culture, particularly that of the Gulf, was highlighted. This unity won’t likely translate to the political sphere, though, because governments with diverse objectives, viewpoints, and personalities are responsible for both the political divisions separating the MENA regions by borders and conflicts and the socioeconomic inequality plaguing many of the region’s nations.