Political leaders have repeatedly refused an international investigation, while the local inquiry has been delayed by political meddling, AFP reports. 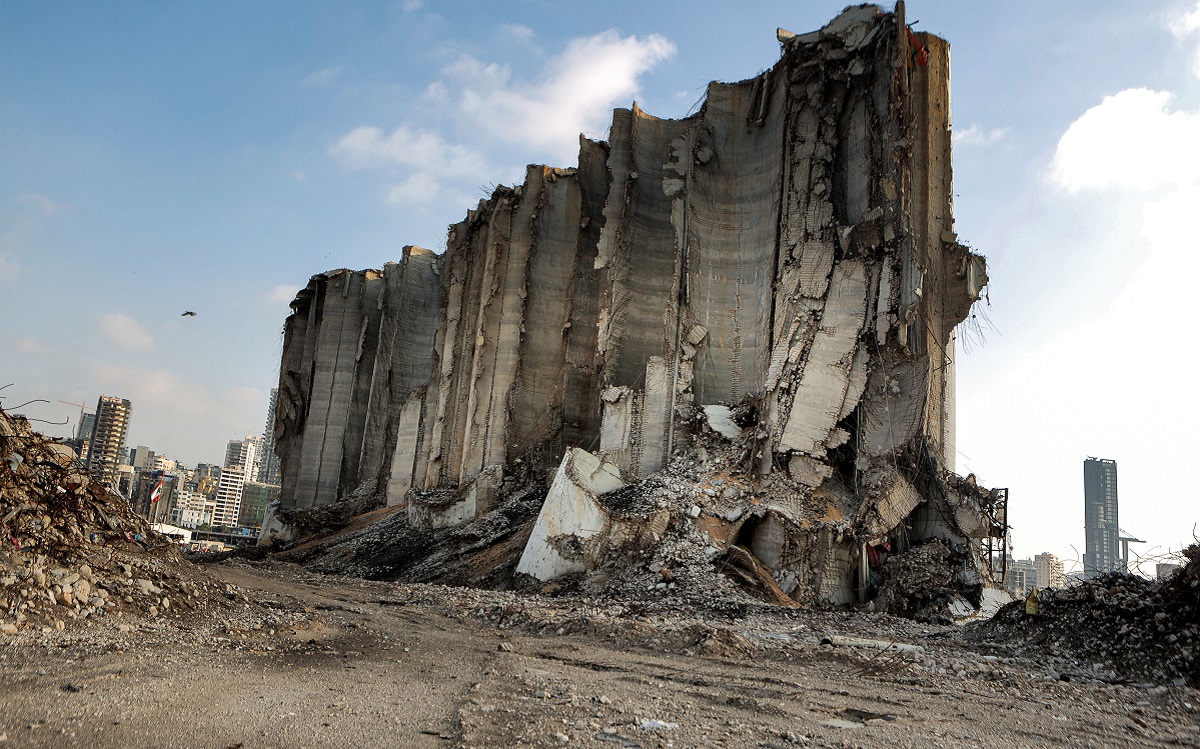 One year later, no politicians held to account and the country facing soaring poverty, a plummeting currency, angry protests and shortages of basic items from medicine to fuel, many blast survivors are simmering in the lead up to the tragedy's first anniversary. Photo: Patrick Baz, AFP.

In the year since a monster explosion disfigured Beirut, a local probe has yet to yield significant arrests or even identify a culprit, with politicians widely accused of stalling progress.

The August 4, 2020 explosion at the Beirut port killed more than 200 people and destroyed swathes of the capital.

It devastated its dockside harbor, where the initial fire had broken out and was felt as far as Cyprus.

Political leaders have repeatedly refused an international investigation, although France has launched its own probe over the death of some French citizens in the blast.

The domestic investigation has yet to determine what triggered the blast, where the chemicals originated from or why they were left unattended for six years.

In a country where even high-profile assassinations and bombings go unpunished, many fear that a Lebanon-led blast probe will also fail to hold anyone to account.

Officials in government, parliament and the country’s top security agencies have so far dodged questioning by referencing so-called “immunity” clauses in the constitution.

Despite such obstacles, Tarek Bitar, the judge leading the investigation, has completed more than 75 percent of the case, said a judicial source familiar with the probe.

“They are simply trying to evade justice.”

“He almost has a full picture of what happened,” the source said, adding that Bitar hoped to unveil his findings by the end of the year.

The investigator has so far identified who is responsible for shipping the ammonium nitrate to Beirut and who decided to unload it and store it at the port, according to Lahoud.

“But there are key questions that we still don’t have answers to, most notably, what sparked the explosion and are there any hidden links regarding who brought the shipment into Lebanon?”

The ammonium nitrate is widely understood to have arrived in Beirut in 2013 onboard the Rhosus, a Moldovan-flagged ship sailing from Georgia to Mozambique.

The vessel was seized by authorities after a company filed a lawsuit against its owner over a debt dispute.

In 2014, port authorities unloaded the shipment and stored it in a derelict warehouse with cracked walls.

Bitar has identified key protagonists like the owner of the company that shipped the ammonium nitrate and a bank in Mozambique that funded the shipment, Lahoud said.

“But the investigation has not concluded yet if there are other parties” behind the shipment, Lahoud added.

The head of Savaro Ltd –- an intermediary company that is believed to have procured the ammonium nitrate in 2013 -– refused to disclose the real owners’ identity, he said.

The investigation is also looking into reports alleging that three Syrian businessmen holding Russian citizenship had a hand in purchasing the chemicals.

According to Lahoud, the “weak point” of the investigation is that it has not yet determined what triggered the blast.

He said that the investigation “has confirmed so far that the ammonium nitrate had been stored near explosive material”.

Security sources initially suggested that welding work could have started the fire, but experts have since dismissed that theory as unlikely and an attempt to shift the blame for high-level failings.

Bitar is planning a simulation to zero in on the origin of the blaze.

In recent months, he has issued requests for assistance from more than 10 countries asking for satellite imagery.

Without satellite images, “it’s difficult for investigators to determine whether ammonium nitrate was smuggled from the port warehouse”.

According to the judicial source, only France responded, saying it had no satellite trained on Lebanon at the time of the blast.

Without satellite images, “it’s difficult for investigators to determine whether ammonium nitrate was smuggled from the port warehouse”, Lahoud said.

Some experts believe that the quantity of ammonium nitrate that blew up last year was substantially less than 2,750 tonnes, leading many to suspect that large quantities had been stolen prior to the incident.

Lahoud has not ruled out an attack but French and American experts assisting with the probe downplayed the scenario of a missile attack after testing water and soil samples from the blast site.

Port authorities, security officials and political leaders, including then-premier Hassan Diab and President Michel Aoun, knew the chemicals were being stored at the port.

In a report seen by AFP, the State Security agency — quoting a chemistry expert — had warned that the ammonium nitrate would cause a huge explosion that could level the port.

After the blast, the State Security agency confirmed it had alerted authorities.

“It’s like Lebanon is Ali Baba’s cave, and not an actual state.”

Fadi Sawan, the first judge tasked with investigating the blast, issued charges of negligence against Diab and three former ministers in December. He was removed for his trouble.

Bitar has also asked for permission to investigate State Security chief Tony Saliba and the head of the General Security agency, Abbas Ibrahim.

Documents and witness testimony suggest they were “all aware of the ammonium nitrate shipment and its dangers,” the judicial source said.

But the country’s reviled political class has closed ranks to stall the investigation.

“Every time the lead investigator tries to summon or investigate one of them, they turn to immunity for cover,” Karlen Hitti Karam told AFP.

The young woman’s husband, brother and cousin were among the firefighters killed in the blast.

“It’s like Lebanon is Ali Baba’s cave, and not an actual state,” she said.