Thousands of protestors march in solidarity with Palestine, as Israeli bombardment of Gaza continues. 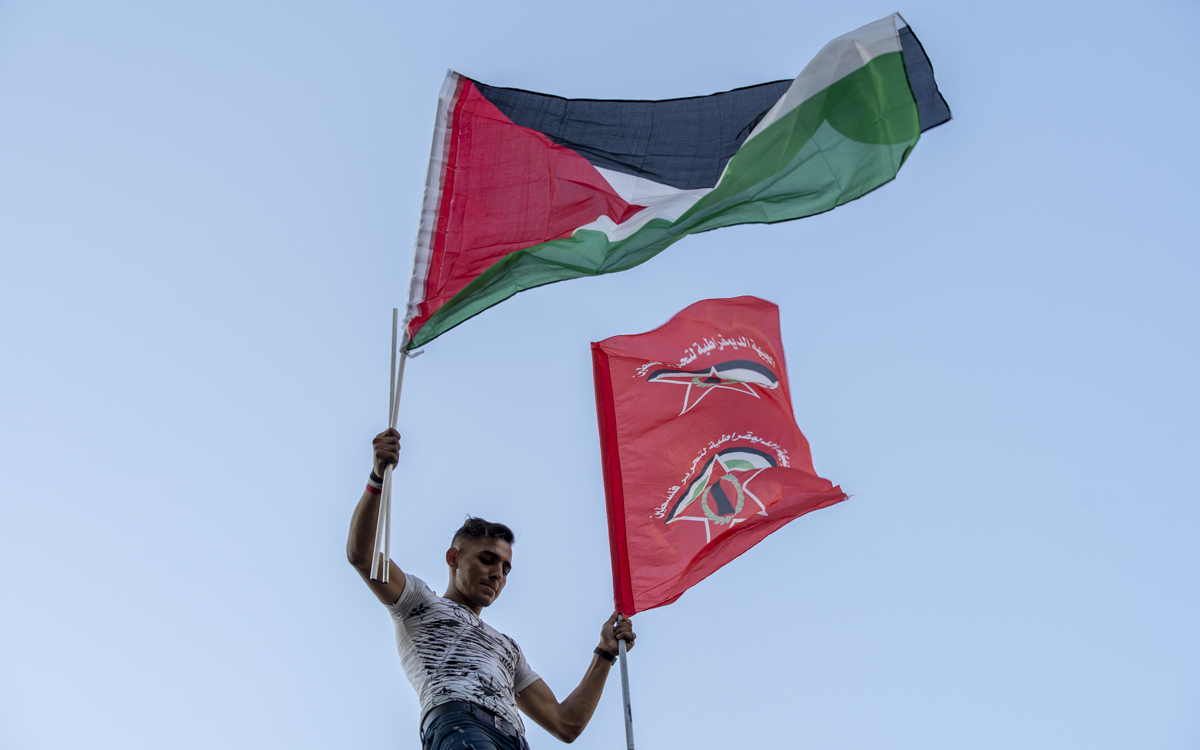 Palestinian solidarity protests have been gaining in frequency and intensity in Lebanon, a country which is home to over 400,000 Palestinians. Photo: Matt Kynaston, NOW.

Thousands of protestors marched through the Lebanese capital on Tuesday, May 18, bearing flags, singing chants, and holding signs in support of the Palestinian struggle.

The protestors marched from the Palestinian refugee camp Mar Elias to Riad al-Solh Square, in central Beirut, where demonstrators gathered to listen to speakers from different political groups, speaking out against Israeli oppression.

The march comes as Israel’s continued bombardment of Gaza goes into its second week, a bombing campaign that has claimed the lives of at least 212 people. Violence has also continued in the West Bank, as Israeli police crackdown on protestors in the occupied territories.

Palestinian solidarity protests have been gaining in frequency and intensity in Lebanon, a country which is home to over 400,000 Palestinian’s many of whom have refugee status or are stateless.

“It has been for years and years, and no one cares they are dying every day. I hope they can stand by each other, and be strong enough to get themselves out of it,” says Sereen, a Palestinian from Yafa who attended.

“I don’t want to see Palestinians or Jewish children dying. This started because Netanyahu lost the election in Israel. The Palestinian and Israeli children should not have to suffer for that,” says Sabri, a Palestinian- American living in Lebanon.