Romanticizing victimhood in the Arab world

We all agree Israel has done innumerable crimes against Arabs over the past six and a half decades. However, we don’t all agree on throwing the most basic of rights in the backseat under the pretense of fighting Israel. 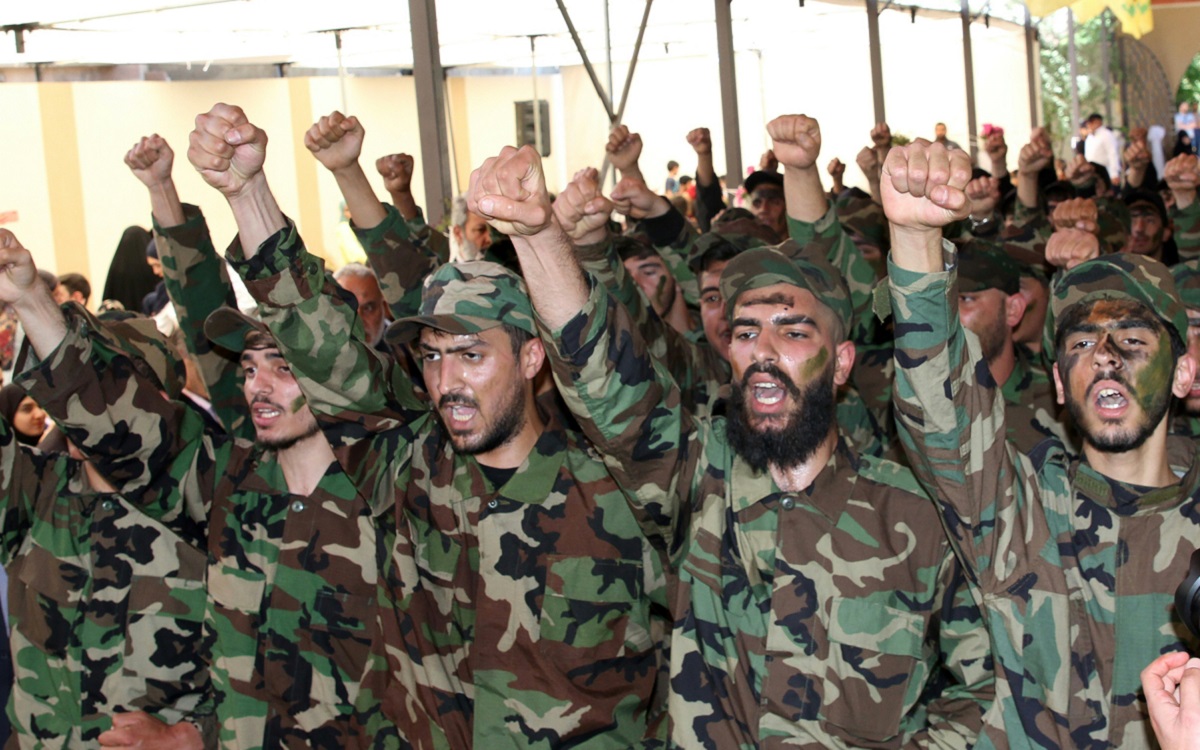 Fighters of the Lebanese Shiite movement Hezbollah take part in a parade to mark the anniversary of the Israeli withdrawal from south Lebanon in Baalbek in the eastern Bekaa Valley. Photo: AFP.

Imagine seeing Zach Galafianakis starring in a dark drama a month after the release of The Hangover Part III. Now, imagine seeing Arabs taking a proactive role instead of a reactive one when it comes to the many threats they face. Both equally unlikely, huh?

Imagine a press release or protest chant that doesn’t involve blaming their plight on an American-Israeli conspiracy. Imagine one where they don’t illustrate how helpless they are and the long list of reasons why they justify this powerlessness.

After 65 years of morale-crushing defeats and humiliation by Israel, it’s easy to see how Arabs don’t even bother trying to initiate a solution to the Arab-Israeli conflict anymore. What minuscule victories they have, they paint as “divine” and “sacred” to try and drown out the voices saying “it wasn’t really that big an accomplishment guys…”

However, what worries me the most is not Arabs’ seeming acceptance of defeat and facing the reality of being helpless in the face of a world firmly ardent in Israel’s unconditional support. What worries me the most is justifying policing their states, oppressing their people and cracking down on basic human needs and rights while disguising it with the motto “it’s ok if you don’t have these rights, it’s for the greater cause of fighting the enemy.”

After 65 years of morale-crushing defeats and humiliation by Israel, it’s easy to see how Arabs don’t even bother trying to initiate a solution to the Arab-Israeli conflict anymore.

What’s worse is that it’s said explicitly. Leaders and regimes guilty of heinous crimes are pardoned because they are with “the resistance block.” Never mind the human rights violations, freedom of speech barriers and jailing or exiling of any opponent of the system, it’s ok, they release a statement condemning Israel every other month, so they’re cool. How can you condemn Israel for being unjust to Palestinians, when you do the same to your own people?

We all agree Israel has done innumerable crimes against Arabs over the past six and a half decades. We all agree we are a long way from resolving the issue and creating a fair and sustainable peace in the region. However, we don’t all agree on throwing the most basic of rights in the backseat under the pretense of fighting Israel.

Fighting Israel is when we have a nation that is as fair to its own people as Israel is to Israelis. When our governments become truly democratically elected when our leaders are held accountable for abusing power or being corrupt when every citizen is as valuable as the other. Israel’s governments are elected democratically, their corrupt leaders face the law and they are prepared to do anything to return Israeli captives or bodies from enemy territories. Which Arab side can say they do the same?

What makes Arab states any better than Israel? The injustice Israel dishes out? That’s bad for Israel, but that doesn’t mean it’s good for Arabs. The romanticizing of past glories is what our forebears were really good at, but today, it seems we excel at romanticizing our past plights.

Put the war with Israel on hold, fix up our nations internally, then we can try to end the Arab-Israeli conflict on fair terms, with the wholehearted backing of all of the Arab peoples, instead of blackmailing them into accepting a police state and fewer rights, for the excuse of fighting the enemy and spoon-feeding them emotionally and religiously charged slogans that at the end of the day, don’t put bread on the table.

It’s time we stop accepting unfair compromises for things we are born entitled to. We’ve had enough of celebrating victims of senseless crimes as martyrs to console their grieving families. We need to evolve into a secular state that respects its citizens and has fair laws in place that would make Arab states viable before they can question the viability of a Jewish state. We need to get over sectarian divides that enemies exploit that make us lose sight of what’s important: making peace and letting Arabs prosper once more.